Advertorial feature brought to you by SMA Careline®.

Parenting may be a team sport but that definitely doesn't mean that Mums and Dads have a common approach to the game.

That's not to say that all men are the same or that all women have a singular approach to rearing a child. Still, if you take a generalised view of their respective parenting styles, a few distinct differences start to emerge.

There are always exceptions to the rules, but most would admit spotting these trends among the parental types in their lives. 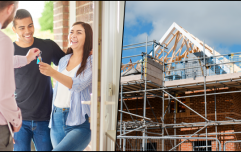 Buying or building your first home? This FREE online event will kickstart your mortgage journey

END_OF_DOCUMENT_TOKEN_TO_BE_REPLACED

Mothers tend to be more concerned with ensuring that their child is getting stimulated at all times, whether that involves outdoor activity or time on that educational spelling game that was recommended by the child development specialist. Fathers, on the other hand, tend to take a more organic approach to stimulation. You'd be amazed what you can pick up while watching TV on the couch, staring at a wind chime or learning how to burp on cue.

Mothers are generally more fastidious in the way they dress their little darlings for the big bad world. Things like colour coordination and matching shoes matter. For the majority of fathers, they're just happy if their child is wearing clothes. If they manage to avoid putting the boy in his sister's dress, that's considered bonus territory. On the other hand, if denied the opportunity to dress their little darling for a few days, fathers have been known to crack out the princess dress for a trip to the supermarket.

END_OF_DOCUMENT_TOKEN_TO_BE_REPLACED

We all know that playing is a vital part of a child's mental and physical growth. Still, there can be clear divide in the way that Mums and Dads approach it. While mothers like to plan and facilitate a stimulating play time, fathers are more likely to wing it, plough ahead and end up enjoying the fort-building exploits more than the kids.

If you see a friend's child on Facebook doing something impossibly cute or endearing in a photo, the chances are that their mother posted it. Fathers tend to be more interested in capturing a nose-picking episode, using their child to replicate a popular meme, or taking a compromising photograph that they can use to embarrass them at their 18th birthday party.

Irish mothers know all kinds of hair tricks. They have multiple plaits and braids and other sneaky tricks up their sleeve. The average father isn't quite as clued in when it comes to hairstyling. He'll have a mild panic attack if his daughter asks for a French braid, tie a knot in her ponytail, and hope she doesn't notice. There is more chance of getting away with this if she is wearing a princess dress.

Advertorial feature brought to you by SMA Careline®.

popular
Katherine Ryan says famous TV star is a ‘predator’ and everyone in industry knows
20 years ago, one of the best sci-fi movies of the 21st century was a box-office bomb
The JOE Friday Pub Quiz: Week 322
The JOE Movie Quiz: Week 181
QUIZ: Only the sharpest will get 100% in this General Knowledge test
QUIZ: JOE's Big News Of The Day Quiz #19
Angle grinder used to steal safe from security van in Dublin
You may also like
4 days ago
The White Lotus Season 2 characters we'd least want to spend a week in Sicily with
2 weeks ago
COMPETITION: Calling all movie fans! Here's how you can WIN a Samsung Galaxy S22 smartphone
2 weeks ago
4 must-watch shows and movies streaming on NOW in November
4 weeks ago
One of the greatest comedy dramas of recent years is back on our screens this week
1 month ago
Buying a home in Cork, Kerry, Limerick, Clare, Tipperary or Waterford? Our FREE virtual mortgage event is here to help...
1 month ago
Moving abroad this year? You might be able to claim some very handy tax back...
Next Page