5 of the most notorious Irish-American gangsters of all time

Ireland and the East Coast of the United States have an unbreakable bond.

This bond can be explained by the many great Irish men that made the area their home. Men who settled with their families and friends stateside.

Many of these families were decent and honourable... but there are exceptions to every rule.

Black Mass, a new film staring Johnny Depp as one of the baddest bad men around, Whitey Bulger, captures what it was like for the Irish-American families who lived on the wrong side of the law.

To celebrate the release of Black Mass in Irish cinemas, we've put together this list of some of the most infamous Irish-American Gangsters of all time.

END_OF_DOCUMENT_TOKEN_TO_BE_REPLACED

The menacing main subject of Black Mass, James Joseph 'Whitey' Bulger, Jr., is perhaps the most famous name on the list.

He had the FBI chasing his tail for nearly two decades. When it comes to criminal activity, Whitey was a seasoned professional as he helped run South Boston as a member of the infamous Winter Hill Gang.

In the mid '70s, he became an informant for the FBI but, after an investigation, it was realised that he'd committed a huge amount of crimes while on their watch.

They went after him, only to find he'd disappeared.

Sixteen years after they first started looking though, they finally managed to get their hands on him in California, and he's currently in prison in Plymouth, Massachusetts. 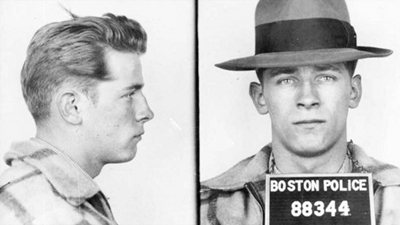 When it comes to Irish-American gangsters, Michael 'Mickey' Spillane is always a name that stands out.

Spillane was known as the last of the gentleman gangsters.

He held control of Hell's Kitchen in New York in the 1960s and '70s and made his money through bootlegging, bookmaking and loansharking.

He was eventually whacked by members of another Irish gang (or so the rumours go) during a fight between the two rival forces, one of whom was allied with the Italian Mafia and wanted Mickey out of the picture. 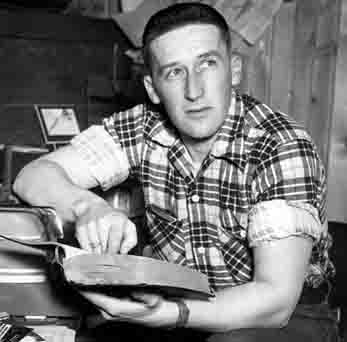 James Burke is believed to be behind one of the biggest robberies ever committed in the United States.

The Lufthansa Heist, which took place in 1978, saw $5 million (around €13.4 million in today's money) and a huge amount of jewels stolen.

When Burke realised he'd netted a whole lot more than he bargained for, he started killing off his accomplices (as you do), because he didn't know who he could trust.

Eventually, one of them got wind of his plans, and grassed him up to the Feds, and Burke died in prison in 1988.

Jack was known as both 'Legs' and 'Gentleman Jack', and he made his name and his money running booze during prohibition in New York.

Born to Irish parents in New York in 1897, 'Legs' became a bootlegger during prohibition when he brought a haul of liquor from Europe to New York.

He survived a series of assassination attempts and was a bit of a character, becoming a pretty big celebrity despite being a crime boss.

He was eventually killed in 1931, but there still remains some doubt over whether it was the police or a rival gang who took him out. 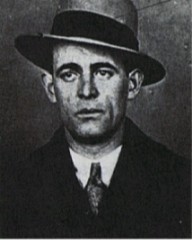 Another bootlegger, but this time based in New England, Danny Walsh was one of the last, and biggest, Irish-American gangsters in the area.

He was a veritable beer baron, with a huge operation that included planes, cars and boats (including the legendary Black Duck), all filling the local speakeasy joints with plenty of booze for their customers.

An air of mystique surrounded his death when, in 1933, during the last days of prohibition, he disappeared.

A ransom was demanded and paid, but he was never returned, and Walsh's body was never found.

So there you have it, some of the biggest, boldest and badass Irish-American gangsters ever. For more on them and their legacy check out Black Mass when it hits cinemas on November 27.

popular
Fish and chips could be removed from Irish menus over rising fuel costs
Netflix has just added 33 very big movies to its library
The full list of cancelled flights in and out of Dublin Airport on Monday (so far)
Jordan Peterson suspended from Twitter over Elliot Page comment, says he won't apologise
Increase in passenger charges at Dublin Airport may be on the way
The long-awaited MetroLink is finally happening, for real this time, honest
An action-packed thriller is among the movies on TV tonight
You may also like
49 minutes ago
NOW announces large reduction to its monthly membership prices
2 hours ago
Amazon Prime Video has just added 51 big movies to its library
3 hours ago
REVIEW: Thor Love and Thunder is equal parts fun and blunder
1 day ago
James Cameron gives surprising updates on Avatar 4 and 5
1 day ago
One of the coolest movies of recent years is now available to watch at home
1 day ago
Netflix has just added 33 very big movies to its library
Next Page