Remember the good old days, Fiddy? Remember when you could tweet stuff like this, about sacking off helping out your Gran because a) you were rich, and b) you just couldn't be arsed? 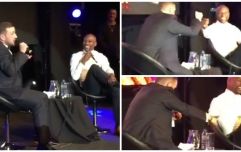 END_OF_DOCUMENT_TOKEN_TO_BE_REPLACED

The iconic post still brings a wry smile to the face and should, if anything, be printed off and hung in an art gallery alongside the works of Monet and Picasso.

Those were the good times, though. As you will soon see, now Fifty just spends all his social media presence beefing with former friend and business partner Floyd Mayweather, who you might also know as the undefeated 50 and 0 boxing champion who decided to fight Conor McGregor for some rea$on.

Anyway, in a bizarre Instagram rant, it was Mayweather's turn to call out 50 Cent, real name Curtis Jackson, telling him he is a snitch, he is bankrupt, he has herpes, and that his oldest son doesn't actually love him.

Ouch. Tell us what you really think Floyd! 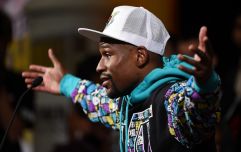 PIC: Floyd Mayweather has taken the bragging stakes up another notch with this ridiculous snap

END_OF_DOCUMENT_TOKEN_TO_BE_REPLACED

Oh, and in perhaps the most scathing part of the message, he also suggests that he should be a blogger, which is interesting career advice for the man currently producing and starring in Starz series Power.

You can read the post in full below, which also mentions Ja Rule, Coca-Cola and Mike Tyson, and ends with Floyd telling his former associate "don't ask to borrow no more money from me":

Never one to shy away from beef, Fifty has since hit back, appearing to mock Floyd's spelling after he repeatedly claiming that the boxer cannot actually read in the past. 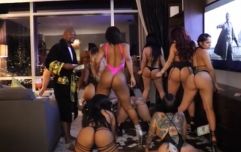 END_OF_DOCUMENT_TOKEN_TO_BE_REPLACED

The rapper also once offered $750,000 to Mayweather to read one full page of a single Harry Potter book. Yeah. This beef isn't going away anytime soon.

Whether 50 is now poor enough to actually take the bins out for his gran, however, remains to be seen.