'I want to inspire other tall girls'

A 6ft 2ins woman who wanted to shrink says her height is now her superpower and she's earning £250k a month on Only Fans.

Marie Temara, 27, felt insecure about her 4ft 5in length legs for years - until she found fame on social media.

END_OF_DOCUMENT_TOKEN_TO_BE_REPLACED

She'd previously researched height reduction surgeries as a teen but has now embraced being tall and loves rocking high heels.

Fans now praise her for her tall stature - rather than bullying her and calling her a "giant" like her former classmates during her school days.

Marie never wore or even owned a pair of heels because she “didn’t want to be any taller” but now struts around in them with her head held high. 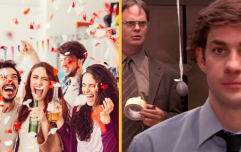 END_OF_DOCUMENT_TOKEN_TO_BE_REPLACED

Mum Christine, 60, was nicknamed ‘Chris’ like a man - as she had short hair and a tall build growing up and she was also called 'Jolly Green Giant'.

Both Marie and Christine struggle to find clothes that fit their long limbs and often have to buy male clothes or avoid wearing trousers. 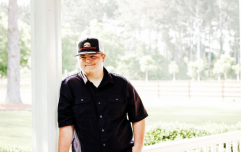 END_OF_DOCUMENT_TOKEN_TO_BE_REPLACED

Marie, a former accountant, has now turned her height into a career and rakes in up to £250k in a good month on Only Fans - and £160k on average.

Marie, a model and content creator, from Miami, Florida, US, said: “I used to want to shrink but now I love being tall.

“I researched height reduction surgeries as a teenager. I never wore heels or even owned any.

“I was really insecure about my height until a video went viral on social media and I got loads of positive praise. Now I make a career off my height. I have so much more confidence.”

Christine has also been able to gain confidence from Marie’s platform and struggled herself with bullying when she was growing up.

Christine, a receptionist, said: “I never fit in with anyone because of my height. I stood out. I was nicknamed Chris, like I was a guy, because of my short hair and height.

“Marie told me when she was at school that she was eating her lunch in the bathroom because of the bullying - it was horrible to hear. Every day there is always someone staring or asking how tall I am.

“I have to wear men’s shorts and three-quarter lengths as they're the only things that fit me.”

Marie loves the attention she and her family now gets for being tall.

“People will comment and say, 'your mum is beautiful' which is lovely for her,” Marie said. “All the eyes are on me, which I used to see as a negative, but now I see it as a positive. I’m really successful on Only Fans because of people’s fetish for giantism.

“They want me to pick up small guys or dress up as a ‘she Hulk’ or other powerful characters. I love it.”

Marie previously would never have dated someone shorter than her but is now open to a "short king".

“Society says you can’t date someone smaller, but I’ve realised that doesn’t make any sense," she said.

“Now I’m open to a shorter guy - a short king. I like to stand out now.

“It’s good to be different. I want to inspire other tall girls.”

popular
Katherine Ryan says famous TV star is a ‘predator’ and everyone in industry knows
20 years ago, one of the best sci-fi movies of the 21st century was a box-office bomb
The JOE Movie Quiz: Week 181
Man fired for not being "fun" at work wins legal battle, nobody has to be fun now
The JOE Friday Pub Quiz: Week 322
QUIZ: Can you get 100% in our World Cup shocking upsets quiz?
I'm A Celeb public outcry after Matt Hancock makes it into the final
You may also like
4 days ago
Multiple people killed following shooting at American supermarket
1 week ago
Five dead following mass shooting at gay nightclub in Colorado
1 month ago
Plane crashes into US apartment building, killing everyone on board
4 months ago
Six people dead after mass shooting at Fourth of July parade in Illinois
4 months ago
At least 46 people found dead in abandoned lorry in Texas
4 months ago
A crypto-themed restaurant is no longer accepting cryptocurrency as payment
Next Page