This lad has some pair of balls on him that’s for sure.

Socialites fond of a night on the town often like to brag about the parties they attend, but we’re not sure there’ll be too many bragging about going to a certain party coming up in the UK next month.

Poet Ant Smith is throwing a ‘Big Small Penis Party’ in London, a party that is open to males and females, but the entry fee for male guests will depend on the size of their, ahem, little man down there. 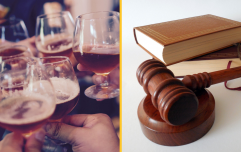 END_OF_DOCUMENT_TOKEN_TO_BE_REPLACED

According to The Mirror, entry to the party will be charged at 50p per inch, with attendees required to disclose the size of their penis on entry.

The effect of this is two-fold in that partygoers exaggerating about their reproductive organ will have to cough up more cash, whereas those trying to get in on the cheap will have to admit to having a tiny member.

It’s not going to make much of a difference either way because with the size of an average male penis being five to six inches, most men attending the party will get in for £3 or less.

Talk about bang for your buck!

It also begs the question, do women get in for free?

“For too long, men who perceive their penises to be small have been made to feel inadequate,” Smith is quoted as saying in The Mirror.

“It’s time to stand up and say there’s nothing wrong with having a little nob.” 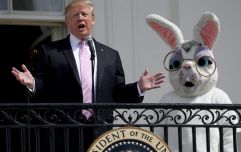 END_OF_DOCUMENT_TOKEN_TO_BE_REPLACED

Comedians, nude poets, musicians and rappers have already been lined up to perform at the event, which will take place at The Rhythm Factory in Whitechapel in London on March 7

“It’s an open invite to everybody, male or female, Smith added.

“We’ve all been touched by a small penis in our lifetime, now’s the time to give something back.”

Will they be rocking out with their cocks out? We’ll get our coats.

The Big Reviewski || JOE · TBR Spotlight: Loki - Episode Two - 'The Variant'
popular
Simon Harris says colleges to offer online learning alternatives after September reopening
There are four big movies arriving in Irish cinemas this week
Teenager arrested after pointing gun at woman and pulling trigger during attempted robbery in Drogheda
The 50 most iconic songs of all time* have been revealed
"If we don’t get what we want... we're coming back with a vengeance." Thousands gather in Dublin for Mica protest
QUIZ: Take on this tasty challenge of your General Knowledge skills
Search continues for missing Dublin man in Wyoming mountains
You may also like
20 hours ago
Eamon Ryan says people travelling from UK to Ireland will face longer isolation periods
1 day ago
Boris Johnson confirms UK coronavirus restrictions to be extended until 19 July
2 months ago
UK government to introduce 'traffic light system' for holidays abroad
3 months ago
This is Boris Johnson's roadmap out of lockdown for the UK, in full
5 months ago
UK and EU finally agree post-Brexit trade deal
5 months ago
Ryanair announces two last-minute rescue flights for eligible Irish citizens stranded in the UK on Christmas Eve
Next Page