“When I arrived at the apartment, I discovered four little Guinea pigs absolutely terrified.”

Four guinea pigs and a goldfish were recently found abandoned in an apartment in Cork, the ISPCA has revealed.

The ISPCA responded to a call concerning the abandoned guinea pigs and goldfish and discovered four underweight and uncared for guinea pigs along with a goldfish in a half-full tank of water. A fifth guinea pig at the premises was discovered deceased. 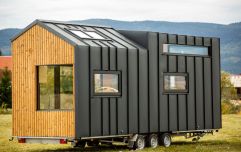 END_OF_DOCUMENT_TOKEN_TO_BE_REPLACED

ISPCA Senior Inspector Lisa O’Donovan said: “When I arrived at the apartment, I discovered four little Guinea pigs absolutely terrified and they also appeared to be underweight and uncared for. It was unclear how long the animals were there. The goldfish was in a tank only half full with water which was evaporating and sadly a fifth Guinea pig had already died.”

The animals were removed from the property for veterinary assessment and they are currently in temporary foster care.

“I find it difficult to understand how anyone could just walk away and leave their pets behind with no one to care for them, when there are options out there for people,” O’Donovan added.

Anybody with any information is asked to contact the ISPCA National Animal Cruelty Helpline in confidence on 1890 515 515 or report online here.

Once the guinea pigs and goldfish have recovered, the ISPCA will be appealing for permanent new homes.

The ISPCA is also appealing for foster carers to help timid or nervous animals who need quiet space to adjust to new surroundings and get over their ordeal in their own time.

The ISPCA says it can get a little noisy at the National Animal Centre in Longford, especially around feeding times, and that fostering not only provides invaluable experience helping the ISPCA to care for so many rescued animals, it also helps the most vulnerable animals rescued to begin to trust humans again. 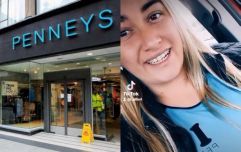 END_OF_DOCUMENT_TOKEN_TO_BE_REPLACED

If you are interested in fostering a rescued animal, email the ISPCA Equine Rescue, Mallow at mallow@ispca.ie, the ISPCA National Animal Centre, Longford at info@ispca.ie or the ISPCA Donegal Animal Rehabilitation Centre, Donegal at donegal@ispca.ie.