That Prime delivery though...

An Amazon support member trying to help a subscriber on Twitter on Saturday inadvertently created a frenzy on social media when it appeared to "deliver a United Ireland".

For some background, Amazon Prime Video have purchased the broadcasting rights for the Autumn Nations Cup in the United Kingdom, meaning they're showing each of the rugby internationals on their streaming platform. 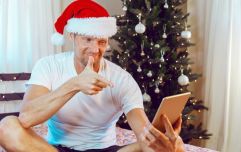 END_OF_DOCUMENT_TOKEN_TO_BE_REPLACED

However, Amazon Prime Video do not have the broadcasting rights in Ireland with those divvied up between Premier Sports and RTÉ.

Chris Jones was tweeting to the AmazonHelp account on Saturday as he was having difficulty getting access to the rugby. After troubleshooting a number of issues, the account believed it had discovered the source of the issue.

The game was only available to users in the United Kingdom.

Thank you for that information. We apologize but upon reviewing your location you're in Northern Ireland. Rugby Autumn Nations Cup coverage is exclusively available to Prime members based in the UK. We don't have the rights to other territories. ^RS

Initially, the admin vigorously defended their belief in a United Ireland.

Many apologies but, we don't have the broadcast rights for Ireland or other territories. ^RS

"Yep, we'll take it under advisement."

Thank you for reaching out to us. We'll be sure to pass your feedback along to the appropriate team. ^DR

And so began the celebration that Amazon Prime had delivered a United Ireland.

Amazon Prime have delivered a United Ireland, and before 6pm on the same day. https://t.co/LF567yffC1

Breaking: Amazon has declared an end to partition in Ireland. https://t.co/IxWGpqEJ7w

We apologise for the error in our colleague’s response. Our Prime Video subscribers in Northern Ireland and the rest of the UK can access and watch the Rugby Autumn Nations Cup on Prime Video as part of their subscription.