People have noticed that Amber Heard has deleted her Twitter account, but it is unclear if she's simply part of the celebrity exodus since Elon Musk took over the platform, or has more personal reasons.

The Aquaman star has only just slipped out of the headlines, with her ex-husband Johnny Depp's defamation suit against her causing a media feeding frenzy lasting well beyond the trial that concluded, in The Pirates of the Caribbean actor's favour, in June. However, the fallout and interest around the case, has only now, in recent months, died down. 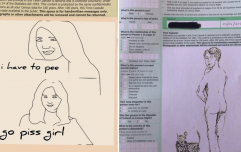 END_OF_DOCUMENT_TOKEN_TO_BE_REPLACED

Heard was often ridiculed in media coverage and on social media during proceedings, with hashtags like #AmberHeardIsAnAbuser and #AmberHeardIsALiar trending, and a study after the trial concluded the abuse was "one of the worst cases of cyberbullying and cyberstalking by a group of Twitter accounts" ever.

END_OF_DOCUMENT_TOKEN_TO_BE_REPLACED

Musk's name also came up during the trial. Heard and Musk dated briefly after meeting at the Met Gala in 2016. Heard was dismissive of the relationship on the stand, saying she "felt nothing" and her "soul was dead" when the courtship began.

Although Heard had remained on social media throughout and following the outcome of the trial, Twitter users noticed over the weekend that her account had been removed. Musk only finalised his $44 billion takeover last week, but hasn't wasted any time. He's fired top execs, dissolved the board, and given ultimatums to the engineers.

Whether Heard's departure from Twitter is related to Musk's moves is yet to be seen, but that hasn't stopped people putting their theories forward.

Bet she doesn't realize that they still have the data :))))))

Right?! As if a woman (or anyone, for that matter) not wanting their ex to not have access to their social media account is unreasonable.

It is, however, unclear as to why Heard deleted her account or if it had any relation to Musk's takeover of Twitter.

popular
Boy seriously injured after alleged dog attack in Wexford
20 years ago, one of the best sci-fi movies of the 21st century was a box-office bomb
Very popular US fast food chain planning to open in Ireland
Katherine Ryan says famous TV star is a ‘predator’ and everyone in industry knows
Surprise frontrunner emerges as potential next James Bond as producers 'love him'
QUIZ: Only the sharpest will get 100% in this General Knowledge test
QUIZ: JOE's Big News Of The Day Quiz #19
You may also like
1 week ago
Kanye West returns to Twitter after ban over anti-Semitic comments
1 week ago
Donald Trump Twitter ban lifted thanks to a very stupid reason
1 week ago
Elon Musk forced to make dramatic U-turn on 'hardcore' ultimatum as hundreds of Twitter staff quit
3 weeks ago
3,700 Twitter employees have been fired via email following Elon Musk's takeover
3 weeks ago
Kanye West says he won't speak, drink, have sex or watch porn for 30 days
3 weeks ago
Ricky Gervais calls out James Corden for copying one of his jokes word for word
Next Page