On 14 April, 1984, a baby’s body washed up on Kerry’s White Strand. He was found five days after he was born, and two days after he died. He had been stabbed no fewer than 28 times. His murder is unsolved.

"The answer lies in Cahersiveen." That was the mantra repeated by members of An Garda Síochána on Tuesday, as they announced that they would be reopening the investigation into the death of the unnamed baby, christened John before his burial. This confirmed once and for all, as though it were necessary, that Joanne Hayes was neither the child's mother nor his killer.

In the same press conference, the Gardaí confirmed that they had issued an apology to Hayes.

END_OF_DOCUMENT_TOKEN_TO_BE_REPLACED

Hayes, a 24-year-old single mother at the time, had claimed that the Gardaí had coerced a confession from her and her family, and that they had refused to verify her claims that her own baby had died naturally and been buried on the family farm in Abbeydorney, almost 50 miles north of Cahersiveen.

Speaking about the original investigation, Superintendent Flor Murphy acknowledged the “awful pain and stress” caused to Hayes by the investigation, which “fell well short of the required standards.” But the original investigation — during which the Gardaí took the line of inquiry that Hayes had birthed twins by two different men — not only destroyed Hayes' life, it also allowed more than 33 years to go by without a second thought given to the real killer of Baby John.

Before the press conference, a local from the town of Cahersiveen had told me that while talk of Baby John “sprouts up from time to time” in the area, people have largely forgotten about it. Outside the Garda station, there was no clamour from the community. However, every indication given by the Gardaí on Tuesday suggests that the town, with its population of just over 1,000, will soon be rocked by the fresh investigation.

There will be a dedicated unit of 12-15 Gardaí assigned to the case, comprised of local officers and members of the Serious Crime Review unit. Detective Walter O'Sullivan, of the Serious Crime Review Team, acknowledged that knocking on doors, going through neighbourhoods and even seeking DNA samples would be “part and parcel of the investigation.”

While 1984's catastrophic investigation pulled the Gardaí many miles north of Cahersiveen to Abbeydorney, 2018's investigation sees them right back on the White Strand, where Baby John's body was found all those years ago. 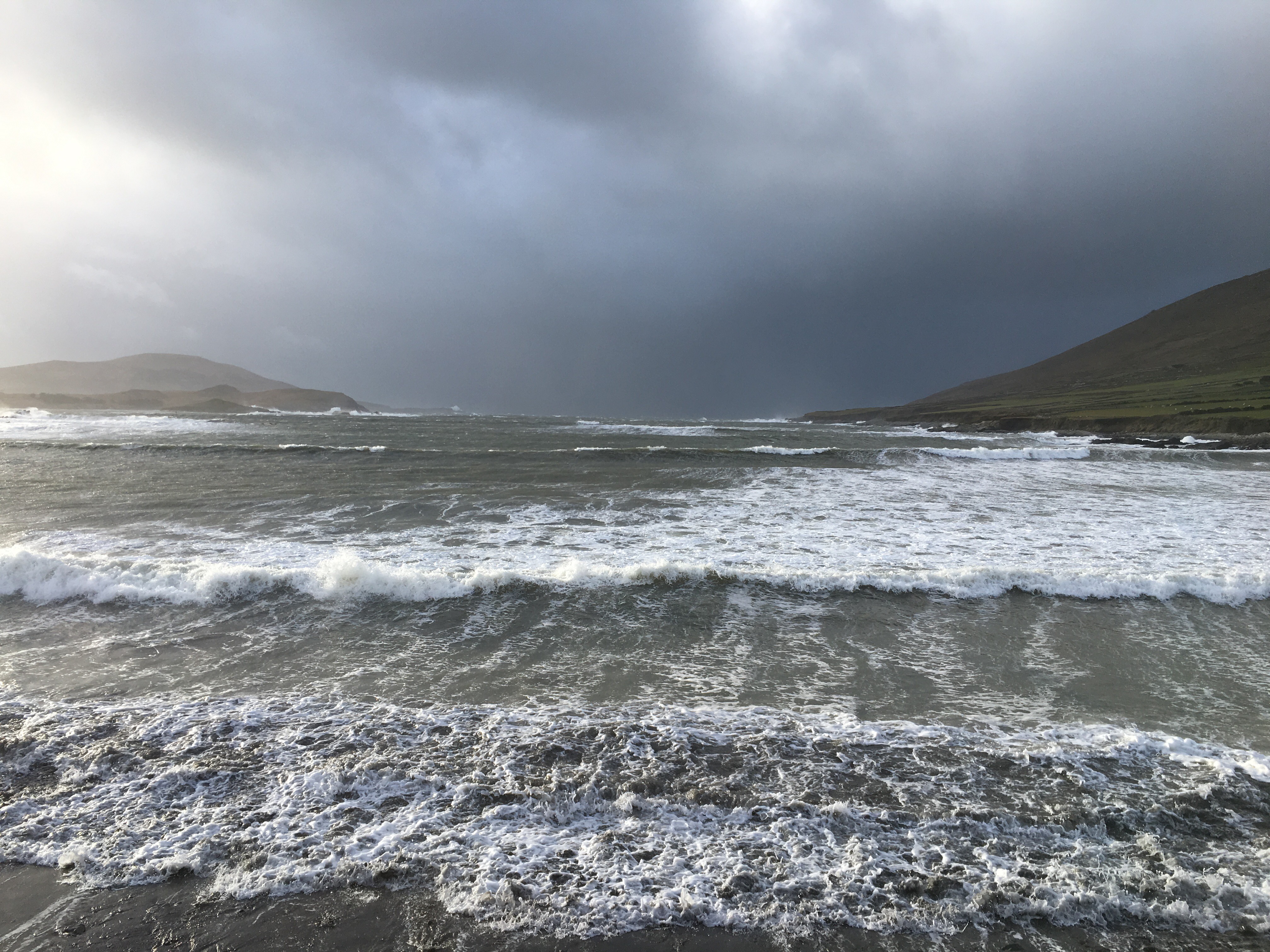 Cahersiveen - the birthplace of Daniel O'Connell, a stop on the Ring of Kerry tourist honeypot, which has raised more than three million euro for the restoration of its church, where even the public bathrooms are in perfect condition - is an unlikely setting for such a brutal murder in 2018. In that sense, the story of this unsolved crime paints a very dark picture of Ireland in 1984.

END_OF_DOCUMENT_TOKEN_TO_BE_REPLACED

It was only through the initiative of Hayes’ family that the truth was uncovered and the charges against her were dropped, though a tribunal into the Gardai’s handling of the investigation served to publicly humiliate Hayes further - a process that culminated on Tuesday in an official apology both privately and publicly to Hayes.

After all, when Hayes was no longer on trial for murder, she remained on trial for being a woman who’d had sex outside of wedlock. At the tribunal investigating the Gardaí's handling of the case in 1984, Hayes was called as a witness and cross-examined so aggressively about her sexual habits, menstruation cycle and other personal details that she had to leave the witness stand to vomit. This was a 25-year-old woman who'd lost her own baby by a man named Jeremiah Locke, who was already married to another woman, victimised time and again by the Irish state. It was the same year that 15-year-old schoolgirl Ann Lovett died giving birth in a Longford grotto.

If 1984 feels like a long time ago, it's worth reminding oneself that Ireland's last three Taoisigh — Enda Kenny, Bertie Ahern and Brian Cowen — were all TDs when Hayes was called before that tribunal.

"The answer lies in Cahersiveen" 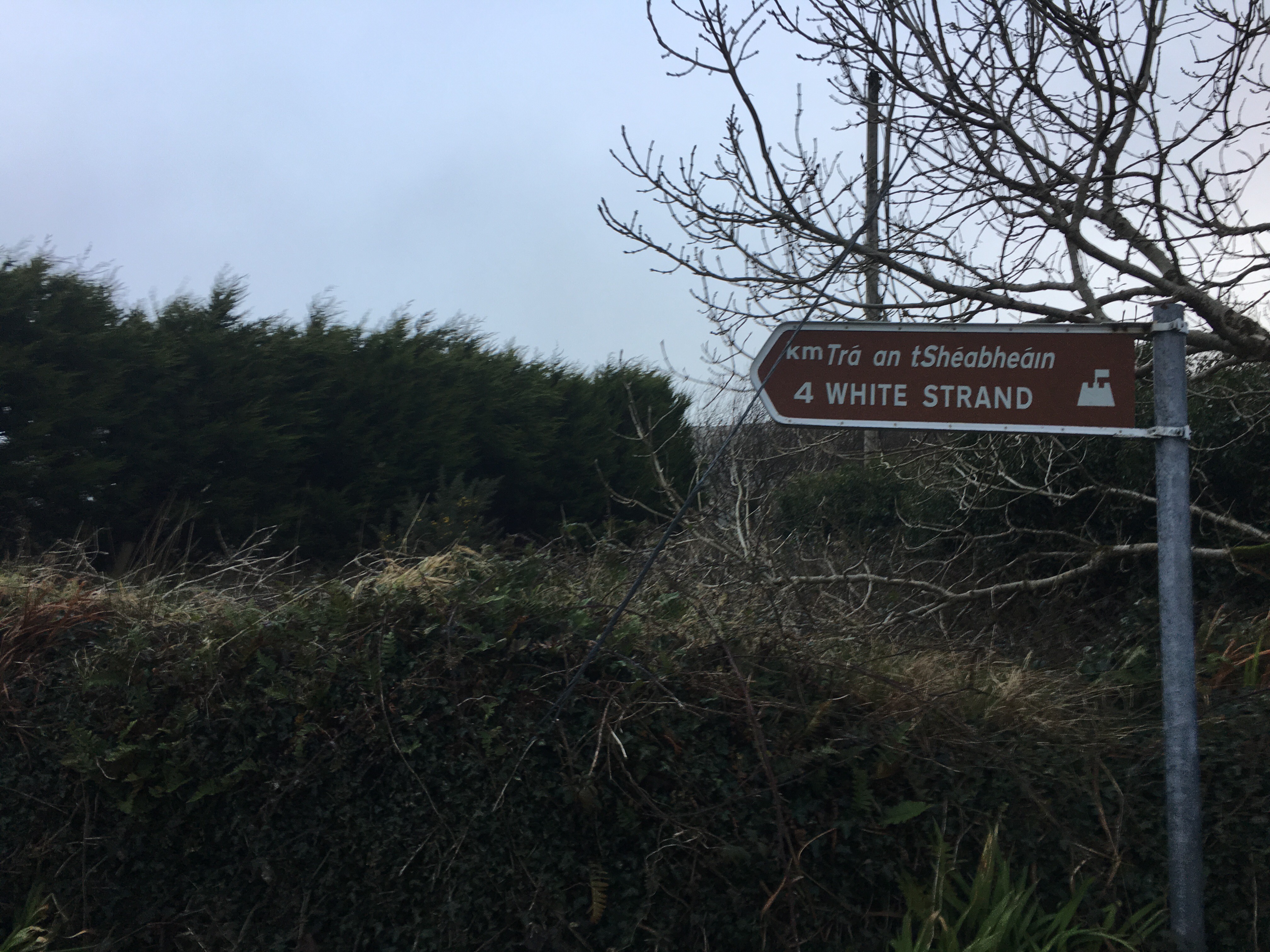 While the Gardaí would not confirm whether they have any persons of interest in the case, they insistently repeated their firm belief that someone in South Kerry will lead them to the bottom of the grizzly and tragic murder. The refrain revisited regularly over the course of the conference by both Murphy and O'Sullivan was: "The answer lies in Cahersiveen."

After the press conference ended, a local barmaid was surprised to learn of the Gardaí’s expectation that they would find the killer of Baby John in her small Kerry town. Exploring the pleasant, seaside town, nobody could blame her for the shock. “There’s someone in the town quivering in their boots,” she thinks aloud.

"The answer lies in Cahersiveen." It is a striking statement of certainty that begs the question of whether or not the Gardaí currently have further reason to believe that who and what they are looking for is in the small town. It is, unfortunately, doubtless that crucial avenues of investigation have been buried beneath the avalanche of years that have passed since 1984’s botched investigation.

Even so, Superintendent Flor Murphy believes that 2018’s atmosphere also offers some advantages to the new crop of investigators. “The social landscape in Cahersiveen has changed dramatically,” he said, noting the removal of certain factors which, in the past, “curtailed people from coming forward. 34 years later, Cahersiveen is a different place, 2018 is a different time.”

Murphy went on to specify that "religious influence" had hindered the original investigation, acknowledging the disturbing reality that Catholic Ireland's historic attitude towards young, single mothers has undoubtedly played a role in denying justice for both Baby John and the Hayes family.

Ireland's social advancement will be put to the test by this new investigation. Coupled with modern technology that has allowed Gardaí to establish a full DNA profile of Baby John, it is all that gives hope that the infant's killer may soon be found.

"Baby John has a mother, he has a father. He has grandmothers, and grandfathers. Someone knows what happened to Baby John," Superintendent Flor Murphy said.

Asked if Gardaí would be investigating Baby John's murder as if it happened yesterday, Walter O'Sullivan shook his head.

"As if it happened today," he said.