Apparently, '86% of people who go to Coppers are looking for the shift'

The follow-up to the brilliant 'Irishology,' which we featured here, Ronan Moore's 'Irishography' takes a look at the places around the 31 counties of Ireland, as well as Longford, that are closest to our hearts.

But first we really do have to talk about Coppers.

END_OF_DOCUMENT_TOKEN_TO_BE_REPLACED

If Copper Face Jacks can’t claim to be Dublin’s premier night-club, it can claim to be one of its most popular and certainly its most famous one.

Open from 10pm to late, seven days a week, 365 days a year, with the exception of Christmas Eve, Christmas Day and, of course, Holy Thursday and Good Friday, Copper Face Jacks (or Coppers as it’s more commonly called) turns out profits that are roughly equivalent to a NASDAQ 100 company.

Coppers can be split into two eras, pre- and post-BC, with BC being ex-Dublin captain Bryan Cullen. When Bryan uttered those immortal lines ‘See yiz in Coppers!’ while accepting the Sam Maguire in 2011, he opened the floodgates for Dubliners to flock to this Harcourt Mecca. Up until that moment, those from the capital had been largely absent. However, after BC’s public endorsement, their presence soon added to what had long been a favourite of country-born city-dwellers for nigh on a generation, who would come here on the weekend, remember their own local disco back home, sing Maniac 2000 and get the shift.

Other interesting, though slightly fabricated, facts about Coppers:

And finally, the annual income from the Copper’s cloakroom is higher than the GDP of Chad.

Irishography is published by Gill Books and out now, priced at €10.99. 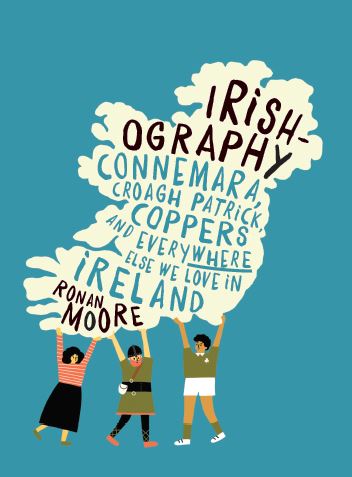 popular
Eurovision producers reveal "irregular voting patterns" during Saturday night's final
One of Liam Neeson's best ever performances is among the movies on TV tonight
QUIZ: Try out one of our trickiest General Knowledge Quizzes yet
Where will 2023's Eurovision be held if Ukraine can't host?
QUIZ: Can you name the disaster movie from a single image from each disaster
QUIZ: True glory awaits if you can 100% this General Knowledge Quiz
REVIEW: Van Gogh Dublin is a truly unique cultural experience
You may also like
5 months ago
Planning permission denied for hotel on Dublin's Cobblestone pub site
2 years ago
Bars and clubs that play live music would be protected from noise complaints under a new government plan
2 years ago
Paul Noonan and Hypnotic Brass Ensemble lead the line-up as Westival returns next month
3 years ago
A day trip to the isolated Spike Island prison, once known as "Ireland’s Hell"
3 years ago
What it's like spending a day in Dzogchen Beara, County Cork's Buddhist temple
3 years ago
7 of the best alternative ideas for a date in Dublin
Next Page