Auschwitz Memorial advises "avoiding" The Boy In The Striped Pyjamas

Auschwitz Memorial believes the book should not be used in an educational context.

Irish author John Boyne became embroiled in an online spat with the Auschwitz Memorial over the weekend after he questioned the marketing behind books set in the notorious concentration camp in Poland.

Boyne is perhaps best known for his bestselling novel The Boy In The Striped Pyjamas, about an unlikely friendship between the son of a Nazi soldier and a Jewish boy in a concentration camp. 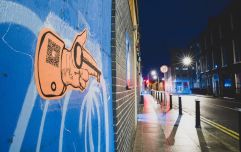 Have you spotted any of this awesome street art in The Liberties, Dublin?

END_OF_DOCUMENT_TOKEN_TO_BE_REPLACED

In a tweet on Saturday, Boyne criticised the use of similar titles and book covers for books about Auschwitz.

In response to Boyne's tweet, the official Twitter account for the museum noted: "We understand such concerns, and we have already addressed inaccuracies in some '... of Auschwitz' books published.

"However, "The Boy in the Striped Pyjamas" should be avoided by anyone who studies or teaches factual history of the Holocaust."

The Auschwitz Museum also linked to a critique of the book posted on a website called Holocaust Learning, which argues that: "In an educational context it is important however that this book is only used as a piece of fiction and that teachers make clear to young people that historically the book is not factual."

Criticisms of the book include inaccuracies surrounding protocol at Auschwitz, which the essay argues brought children to their deaths or for medical experimentation upon their arrival.

We understand such concerns, and we have already addressed inaccuracies in some '...of Auschwitz' books published.

However, "The Boy in the Striped Pyjamas" should be avoided by anyone who studies or teaches factual history of the #Holocaust. https://t.co/HfjCEYlDlJ 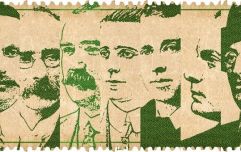 FEATURE: On the #1916Rising anniversary, these are the stories of the 7 signatories

END_OF_DOCUMENT_TOKEN_TO_BE_REPLACED

Boyne responded by claiming that he didn't read the piece linked by the Auschwitz account, citing factual inaccuracies in its opening paragraph.

Pushed for an explanation as to the factual inaccuracies, Boyne said: "(1) the film was 2009, (2), by 2016, it had sold 10 m copies (3) there's no such thing as a "best-selling film". These may be small, trivial points, but if someone is going to write an article about inaccuracies in my work, shouldn't theirs be without blemish?"

Boyne's own account of this is incorrect, as the film was first released in September 2008, not 2009. The criticism of Boyne's book can be read in full here.

popular
The JOE Friday Pub Quiz: Week 226
QUIZ: Can you pass your driving test and guess the meaning of all these road signs?
50 more people with Covid-19 have died, 3,498 new cases
Netflix announces new true crime documentary about terrifying LA hotel
Irish punters could turn €0.98 into hundreds of millions* with a bet on the Super Jackpot
Gardaí appeal to the public to stay at home this weekend
Recall of Pedigree dog food over safety concerns
You may also like
5 months ago
QUIZ: Can you score top marks in this difficult Irish history quiz?
1 year ago
Gardaí appeal for info on Cumann na mBan medal stolen in Cork
1 year ago
Minister requests History to be given special core status in Junior Cert cycle
2 years ago
PIC: Bray fire uncovers massive "EIRE" sign from World War 2
4 years ago
Zayn Malik and Niall Horan take part in a handshake that saves 2016
4 years ago
PICS: This memorabilia from when Mayo last won an All-Ireland deserves a place in the GAA Museum
Next Page