Just in time for Father's Day.

Flying can be stressful at the best of times. If you're scared of flying, even the little things like watching a plane in the sky can put fear through your whole body.

Even the best flyers can still have their off-moments while they're thousands of feet above the ground. There is something about having no control over the plane that can make it a scary place to be when things get a little rough. 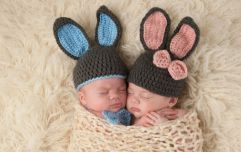 END_OF_DOCUMENT_TOKEN_TO_BE_REPLACED

Something else which you can have no control over is when you give birth. Whether you're mid-mass or mid-match when the day finally arrives, there is no delaying the process.

So, the same goes if you're mid-flight.

A Jet Airways customer was on her way from Dammam in Saudi Arabia to Kochi on Sunday when her little baby boy decided enough was enough and that he was ready to enter this big, bad world.

According to the Independent, the flight was diverted to Mumbai after his mother went into labour and thanks to a speedy reaction from the cabin crew and a trained paramedic onboard, the baby was born healthy just before the Boeing 737 touched the ground.

Welcome to the world! 👶 pic.twitter.com/2Fco5V7V9j 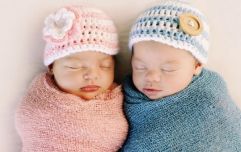 END_OF_DOCUMENT_TOKEN_TO_BE_REPLACED

His parents were surely on cloud nine when they brought the little baba into the world and while he was a fantastic gift for them to get on Father's Day, the little new-born also got a present of his own.

Whether he is a nervous passenger or a confident flyer, one thing he will not have to stress out about is getting flight tickets as Jet Airways announced shortly after his birth that he would be receiving free complimentary flights for life following his arrival.

The Big Reviewski || JOE · The Big Reviewski with Y: The Last Man, that Malignant ending & a secret streaming service
popular
Gabby Petito disappearance: FBI confirm remains found are that of missing woman
Ed Sheeran announces extra show in Dublin's Croke Park as part of major 2022 tour
You could be shopping in an Aldi store with no checkouts in Ireland in the near future
"One person's rent is another person's income" – Varadkar rejects calls for three-year rent freeze
President Biden warns trade deal must not derail peace in Northern Ireland
The film that predicted the pandemic is among the movies on TV tonight
Cash, Rolexes, cars and one Canada Goose jacket seized in major Garda raid
You may also like
2 years ago
Dog rescues baby that was buried alive in a Thailand field
2 years ago
World's smallest baby boy is sent home from the hospital
2 years ago
Hozier announces new album and it's out very soon
3 years ago
Dublin firefighters help expectant mother deliver baby over the phone
3 years ago
WATCH: One-year-old Irish girl is completely blown away by her mammy's amazing singing voice
4 years ago
Trying for a baby? Here's what men need to do to their bodies while trying to conceive
Next Page