Meat Loaf's much-loved musical is kicking off its limited run in Dublin.

What a spectacularly unique talent Meat Loaf was.

Having passed away at the start of this year, this musical celebration of his songs feel even more appropriate: a huge, bombastic, constantly over-the-top trip quite unlike anything else out there. 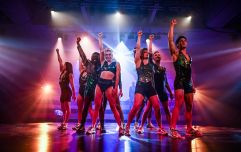 REVIEW: Wake is one of the very best things you'll experience all year

END_OF_DOCUMENT_TOKEN_TO_BE_REPLACED

Set in the post-apocalypse where the world has been divided into two classes: we've got the rich folk who live in their mansions, but they continue to age at a normal rate, and then we've got The Lost, who live in the sewers and spend their time fighting off oppressive policing, but remain 18 years of age forever.

It is in this world that we meet Raven (Martha Kirby), the daughter of one of the richest men in the world, and Strat (Glenn Adamson), the leader of The Lost, who get caught up in their own version of Romeo & Juliet, all via the rollercoaster of emotional musical interludes provided by Meat Loaf's most famous songs. 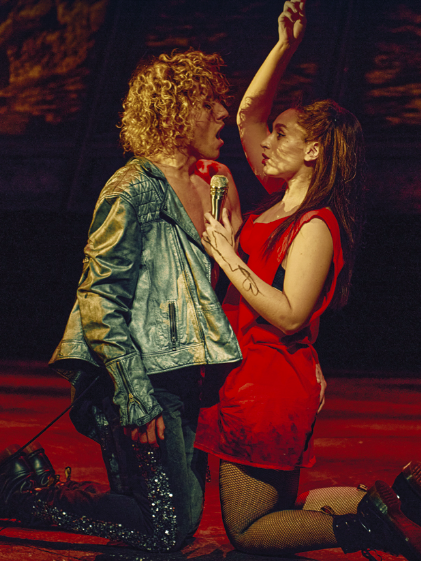 The production onstage is lush, effectively evoking the destroyed Earth, and using a slanted perspective to give the illusion that the action is taking place outside a towering skyscraper. But despite the harsh carnage, it never forgets that it is, at times, also a very camp musical, using full advantage of massive, reflective disco balls and oversized party poppers to shoot tsunamis of tinsel into the crowd. 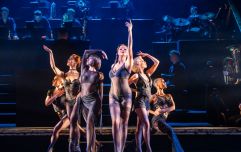 END_OF_DOCUMENT_TOKEN_TO_BE_REPLACED

Plot-wise, it is clear that the creators have a love of the 80s, because you'll pick up on nods to The Lost Boys, Footloose, The Warriors, Streets of Fire, and so on. All of the players look like they've had their costumers personally picked out by Joel Schumacher, and it all lends itself to the OTT-ness of it all.

But let us not forget, Meat Loaf was also one of the kings of the power ballad, so we get incredible performances of 'Two Out Of Three Ain't Bad', 'I'd Do Anything For Love (But I Won't Do That)' and his version of Celine Dion's classic 'It's All Coming Back To Me Now'. Just try - TRY! - not to sing along when all of these start playing.

Tickets for Bat Out Of Hell start at €21, with the show running at the Bord Gais Energy Theatre until Saturday, 10 September.

popular
QUIZ: Test your knowledge with this Ultimate Friends Character Quiz
House Of The Dragon is already better than Game Of Thrones
Amazon Prime Video has just added 20 very big movies to its library
The 50 most iconic songs of all time* have been revealed
Power-ranking the House of the Dragon characters after THAT wedding dinner
People think they've figured out the ranking of the viewers on your Instagram Stories
The JOE Friday Pub Quiz: Week 313
You may also like
3 weeks ago
REVIEW: Blackbird is a bad, bad, bad movie that I still very much enjoyed
3 weeks ago
REVIEW: The Last Of Us Part I remains an absolute modern masterpiece
3 weeks ago
REVIEW: The Rings Of Power is a gorgeous, languorous return to the world of The Lord of the Rings
1 month ago
REVIEW: Bad Sisters is the Irish murder-mystery series we've all been waiting for
1 month ago
REVIEW: Thanks to a low bar, Prey is the best Predator movie since the original
1 month ago
REVIEW: Bullet Train feels like Tarantino directing a '90s action comedy
Next Page