Spending the night with Bingo Loco, the new contender for Ireland's entertainment crown

You think you're ready. You're not.

Arriving at the venue, we were immediately greeted by a lady drenched in body-hugging neon, handing out huge bingo sheets and different colour markers, and despite it being only 5.30pm, we could hear the music pounding through the walls.

Descending a few floors, we walk out to the main arena, and we see a DJ on the stage, already lining up one EDM banger after another, giving the whole place a secret-location-in-Ibiza vibe.

END_OF_DOCUMENT_TOKEN_TO_BE_REPLACED

Tables and chairs are packed together, forcing strangers to become new BFFs, and we can already spot at least two hen parties, and one stag. They're on opposite ends of the room, but before the night is over, they'll be combining their partying powers on a makeshift dancefloor.

This is Bingo Loco. 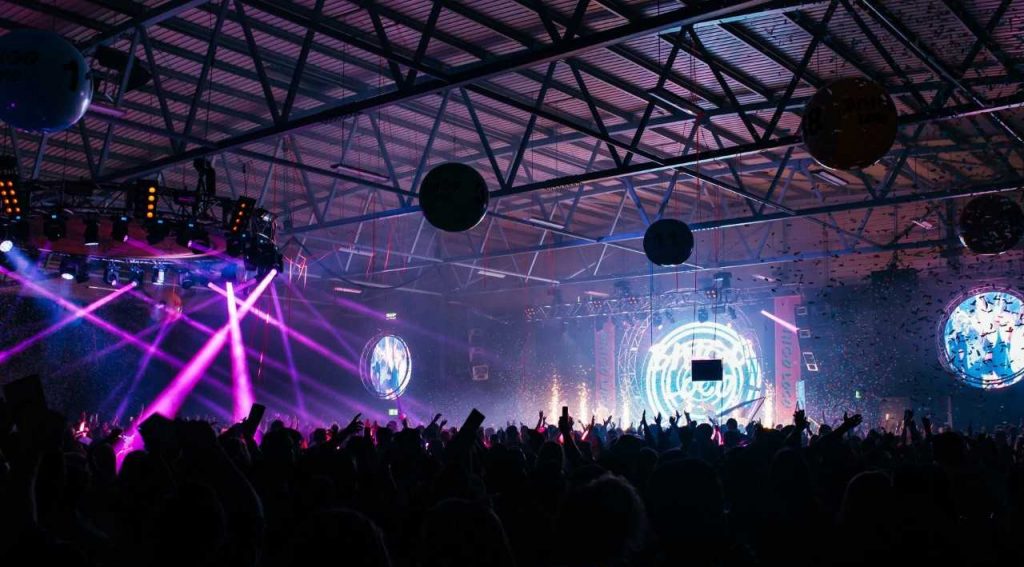 Speaking to William Meara, one of the founders of Bingo Loco, it is clear that the show has come a long way.

"Two of the founders backpacked to the front-line fight against ISIS in 2016," William tells JOE, "where they found themselves playing Bingo in a communal hall with Peshmerga soldiers. Since they didn't know Arabic, they made their own rules, the soldiers joined in and the basis of a bingo drinking game was formed."

"When we came back to Ireland after having travelled for 16 months," William continues, "and eager to get some funds going again for future travel plans, we decided to create Bingo Loco, which includes elements of the best parties in the world, taking influence from other mass participation entertainment elements and bingo games around the world." 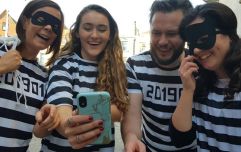 END_OF_DOCUMENT_TOKEN_TO_BE_REPLACED

Once the place is packed to the rafters, out comes our host for the evening, who doesn't introduce himself, but if you can imagine Conor McGregor as a holiday rep in an adults-only Majorca hotel, then you're pretty much there.

Everyone in the audience is game for it though, as the host calls out the numbers, looking for any excuse to link a number to song, or a dirty joke. The number 69 never arrives, much to his (and the crowd's) disappointment, but the number 32 causes the DJ to stick on the Irish national anthem. Drawing number five leads to 'Mambo No.5'. And the number 90? Well...

What. A. Nightmare. Football songs? I’m breaking out in hives. pic.twitter.com/wWkkYKhZX1 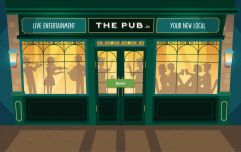 END_OF_DOCUMENT_TOKEN_TO_BE_REPLACED

All in all, it is a well-oiled, highly entertaining machine, and one that has come a long way from Willam's first go of it.

"When we started it out, it was an all hands on deck endeavour," he says.

"It was random, mostly improvised and even we didn't know what the audience would think. I wore a top hat, a fur skin jacket and modelled the prizes while guiding the MC on what we were supposed to do next.

"Meanwhile, we all drank cans on stage and got the audience roaring with laughter. I still remember a small lady carrying one of the biggest TV from the 90s, we gave away that I had in my house for years. I think we also gave away a car clamp we found at the side of the street!

"We literally made it up as we went along. After the show we were completely burst but the amount of people asking us when we were doing it again was a sure sign that we were on to a winner!"

Half way through the night, the host informs us that the DJ will be taking over for a bit of a rave break. And that is exactly what we get.

Everyone is up on their feet, waving glowsticks, the drink is flowing, people are laughing and singing along, as the '90s rave music pounds through the room.

Trust the Irish to take something as wholesome and placid as bingo and turn it into a huge, fuck-off party.

It is clear that the formula has worked though, as the Bingo Loco team are now selling out in the UK, the US, Australia, and Canada. But the set-up, from the jokes to the song choices, seem embedded in shared Irish culture. Is that something that travels well? 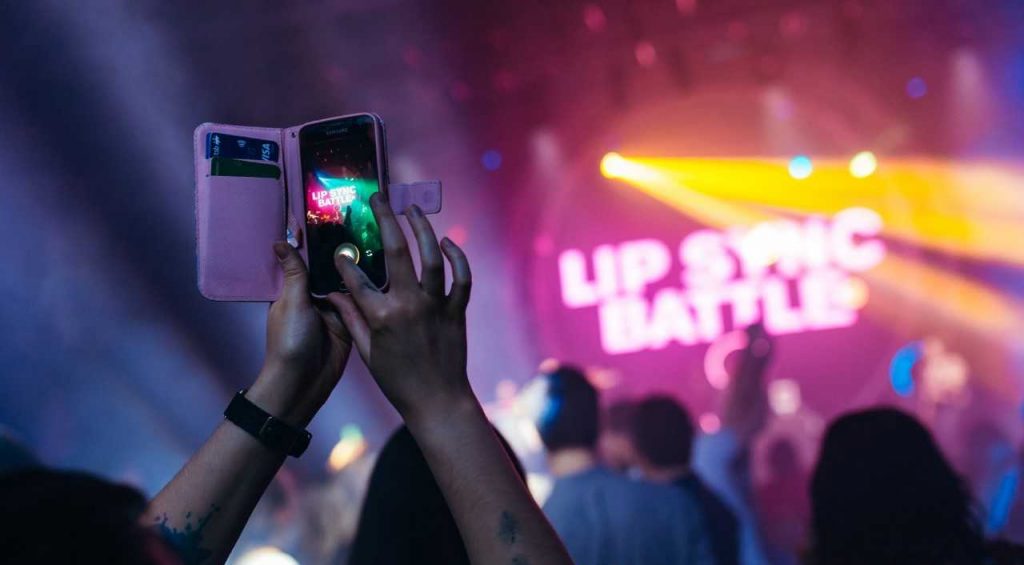 "Very good question! The Irish connection is a very strong one and Irishness as a whole is quite big around the world," William tells us.

"One thing not to be underestimated is how passionate Irish people are about their own nationality when living or working overseas. In places like Sydney and Vancouver, we have huge Irish populations that flock to the show and love the Irish nature of it.

"However, as we are now getting more and more established in these locations, we are attracting an ever growing local population and as a result we've had to make the show a little more generic overseas. We want to ensure the Irish are happy but also that every ticket buyer gets the experience they deserve."

The rave bit is over now, and we're back to the game.

People are sweating after the "dance break", but are no less enthused for the competition, and the winners. At one point, there are two winners at the same time, so they're both called to the stage to take part in a lip-sync. There were no funny numbers called for a little while, so the DJ just stuck on 'YMCA' and everyone lost their minds.

There can be only a handful of winners, but nobody really came here to win anything. The prize was the night out with a difference, to experience something unique, a communal sense that we were all a part of something awesome and cool and, even though the tickets can be bought by anyone (over 18), exclusive. There are many Bingo Loco nights, but this particular Bingo Loco night was ours.

As everyone files out, seeing that it is barely 11pm and technically our nights have just begun, the mass conversation begins as to where to go next. We posed the same question William.

"We have a lot of plans. Both here and abroad. We are now set up in Ireland, Canada, US, Australia and the UK. We've a few other plans coming, including an outdoor festival. However, how much I can talk about at the moment is limited, but you can be sure that it will be different and most definitely weird!"

Whatever it is, we'll be there, front row centre.

The Big Reviewski || JOE · The Big Reviewski with Andy Serkis, Squid Game follow-ups & the return of Succession
popular
Brian Laundrie: 'Strong probability' remains found belong to missing fiance
QUIZ: Can you name all the countries beginning with L?
How to lower your cholesterol - 5 really handy tips
WATCH: Micheál Martin and Danny Healy-Rae had an almighty row in the Dáil
The cast of Succession on the most ridiculously expensive scene in the show
Here's the lineup for this week's Late Late Show
Socially distanced queues at bar counters expected to be allowed under new guidelines
You may also like
2 days ago
Mindhunter director tells fans to "make enough noise" to get season three made
1 week ago
Comedian’s Robin Williams impression has fans calling for a full-length film
1 week ago
Squid Game fans spot massive clue in Tug of War game
1 week ago
The JOE Friday Pub Quiz: Week 264
1 week ago
Peaky Blinders creator reveals when we can expect season 6 on our screens
2 weeks ago
Disappointment as The Den has been cancelled again
Next Page