Department store shopfronts have been threatening it since September, and now we're bang in the middle of Christmas.

For many of us, that means more time spent with the family, finding ways to fill the hours and actively relax during the few days that we're not all working for.

A big part of this active relaxation is the age-old institution of the board game. Organised fun for all the family, with rulebooks and winners and losers and most of all, arguments.

We've ranked the most popular board games by how likely they are to cause a family row:

It's debatable whether or not Twister is technically a board game, but I'm pretty sure I can make a case for it. If you think of the mat as the board and your human body as the piece then it makes some degree of sense.

If you're playing with friends, it's permissible. But, like strip poker, you don't want to be the one who suggests it.

END_OF_DOCUMENT_TOKEN_TO_BE_REPLACED

Cluedo should also be a safe enough bet. Since it doesn't involve accumulating points or money, it has less moments of tension than many other popular games. The flipside is that it's also more boring.

However, there is a kinked curve for how intense an argument can be. For example, any confusion over who actually did commit the murder can lead to wrestling over whether or not we are actually permitted to check inside the little folder thing and verify what, if anything, has gone wrong.

Cluedo is only so far down on this list because it's so boring that nobody is likely to care about the outcome.

A game that pits brother against brother in a race to amass the most wealth and property in order to appease this sick son of a bitch. 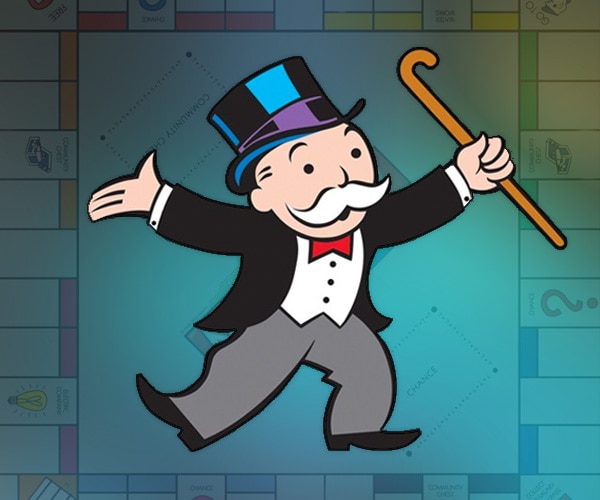 Nevertheless, you can expect to learn a lot about the banker. If they're skimming extra 200s every time they pass go then they're a filthy cheat, if they're not skimming at all then they're probably not human.

Arguments may also arise over who gets to be which piece. Make sure to bagsy the car early. 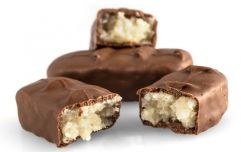 This Christmas, give Bountys the respect that they deserve

END_OF_DOCUMENT_TOKEN_TO_BE_REPLACED

A major risk. Any team game that sees the participants relying on one another comes with a heightened element of danger. Once the threat of letting somebody else down enters the equation, tears are never far away.

Ever been yelled at by your father because you weren't able to describe the 1916 Rising well enough? Feeling like you've let your granny down because you can't guess her semi-accurate description of Sonic the Hedgehog? It's simply not worth what little entertainment might be on offer.

"It could not be more simple, Luann. You want me to show this to the cat and have the cat tell you what it is? Because the cat's gonna get it!"

"I'm sorry, I'm not as smart as you Kirk. We didn't all go to Gudger College."

"It's dignity! God! Don't ya even know dignity when you see it?"

END_OF_DOCUMENT_TOKEN_TO_BE_REPLACED

The board game that caused Milhouse's parents to divorce. Be careful that the same doesn't happen to you over this festive season.

Pictionary is a board game that serves to highlight personal failures, breakdowns in communication and the ultimately flimsy bond that you share with your loved ones. It's a door, use it.

Sneering at your friends or relatives because they're too stupid to know which Russian author wrote The Brothers Karamazov is not a good look? (Dostoyevsky, by the way. Just in case it comes up.)

The ill-feeling that arises once you realise that you don't know where any of the Olympics pre-2006 were held is also fertile ground for outbursts.

Trivial Pursuit is one of few board games that actually says something about your capacity as a human. And we already feel inferior enough as it is at Christmas time.

Unlike most board games where most of us are at least proficiently aware of the rules, Scrabble is a monster of its own.

Arguments in Scrabble are not about the made-up rules of a silly board game. They are about the language itself, the very foundation by which humans communicate. Arguments about what constitutes a word, at all. That's the kind of philosophical dread that you just don't need after a turkey sandwich.

But arguments over whether words are words or not are the least of your worries when it comes to Scrabble. The real issue is the waiting. In silence. Unlike Trivial Pursuit, where you either know the answer or you don't, everyone who plays Scrabble is permanently convinced that they can concoct a better word than the one they're currently thinking of.

This means that nobody ever actually wants to make a move. So you all just sit there, sighing pointedly and asking "Whose go is it?" when you know damn well whose go it is. Then you have to deal with people passive-aggressively asking if their rivals "need any help".

And as for the inherent corruption that comes with one person entrusted with adding up the scores? A minefield.


popular
The JOE Friday Pub Quiz: Week 175
The shortlist for the best breakfasts in Ireland has been revealed
The 50 most iconic songs of all time* have been revealed
Bodies of three children discovered in Dublin home
QUIZ: Can you guess the pixellated movie posters?
Here's the lineup for this week's Graham Norton Show
21 jokes that are so bad they're actually brilliant (but still quite bad)
You may also like
4 weeks ago
The 10 best new TV shows from 2019 you really should be watching
4 weeks ago
Kevin Spacey has posted another bizarre Christmas video
4 weeks ago
The Muppet Christmas Carol is proof that Muppets are better than humans
1 month ago
The St. Stephen’s Day weather forecast doesn’t sound great for outdoor activities
1 month ago
QUIZ: Can you name all of Santa's reindeer in two minutes?
1 month ago
Workout at home this Christmas with these five easy exercises
Next Page