There are also 266 magazines banned.

Books in Ireland can be banned for two reasons: For being indecent or obscene or for advocating the procurement of abortion or miscarriage, or the use of any method, treatment or appliance for the purpose of procuring an abortion. 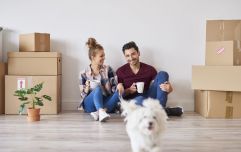 END_OF_DOCUMENT_TOKEN_TO_BE_REPLACED

Both of these publications came from The National Abortion Campaign. They openly publicised the addresses of abortion clinics and other relevant family planning information but it fell foul of the moral gatekeepers of Irish Censorship and was subsequently banned.

Despite the title, Thurtle's book discussed the issue of sexual intercourse and family planning, this is a quote taken from the book:

When it is realised that a great proportion of [the misery and suffering borne by women in their efforts to control their natural fertility] is avoidable and would not occur if contraceptive facilities were generally available. 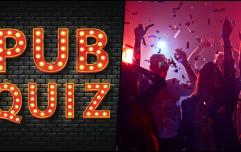 Grab your FREE tickets for the ultimate Pub Quiz night out, coming to Limerick later this month

END_OF_DOCUMENT_TOKEN_TO_BE_REPLACED

The book was set out to be a no-nonsense guide to safe sex, family planning and the prevention of sexually transmitted infections.

Delvin's Book of Love also contained information and guidance on the then-emerging AIDS epidemic but it never saw the light of day.

END_OF_DOCUMENT_TOKEN_TO_BE_REPLACED

The Censorship of Publications Board’s register provides very little detail about this book but it is believed to be banned for similar reasons to Book of Love.

Another published title of Masterton’s Isn’t It Time You Did Something Kinky? is available to read in Ireland but his book on tips to please the male species was not something that the board agreed on.

Yet another book about family planning and discussing things of a sexual nature.

Again, in the same nature as Book of Love, Cousins' book was put on the list as it contained information on sexual health and family planning, despite how useful it could have been to both men and women in 20th century Ireland.

All of the books remain banned under the abortion rule law as they contain information about the procurement of abortion. While most books are let free after 12 years of being banned, a different law is in place for books that touch on the subject of abortion.

The 12-year rule does not apply for these books and until someone appeals the banning, they will remain banned indefinitely.

The full list including the magazine can be found here.

Banned Books Week is a global series of events celebrating the freedom to read and it will take place in St Mary’s Cathedral, Limerick.

Proceeds from the series will be used by the Limerick Civic Trust for the restoration of St. Munchin’s Church in the heart of King’s Island.

It kicks off on Thursday night at 8pm, admission is €12 and more information can be found on Limerick Civic Trust's website or Eventbrite.

popular
Patient arrested after switching off roommate's ventilator because it annoyed her
Winter warning issued as "severe" week of cold weather in store for Ireland
Peter Kay moved to tears on stage while opening his first stand-up tour in 12 years
Dancing with the Stars has added a very surprising contestant
Simon Cowell concerns fans with appearance as they 'don't recognise him'
20 years ago, one of the best sci-fi movies of the 21st century was a box-office bomb
Ireland sees '100% success rating' with four-day work week trial
You may also like
1 month ago
Woman killed in Limerick collision was travelling home from children's party
1 month ago
Two arrested and charged over 2021 death of four-year-old boy in Limerick
2 months ago
Man in his 70s dies following road traffic collision in Limerick
3 months ago
Teenager dies following collision in Limerick
4 months ago
Man and woman in their 30s dies in two vehicle collision in Limerick
4 months ago
Gardaí investigating death of woman in unexplained circumstances in Limerick
Next Page