A bottle of whiskey has sold for the record-breaking price of €1.7million

Now that the majority of people are returning to some sort of normality after the Bank Holiday weekend, we strongly advise against checking your bank balance.

Trust us, it might be scarier than any film that you see over the Halloween week!

END_OF_DOCUMENT_TOKEN_TO_BE_REPLACED

There are few people who haven't woken up at some point and regretted buying that extra round the night before, but there aren't many who have splashed out €1.7m on a single bottle of whiskey.

A bottle of Scottish whiskey, dating back to 1926, has just shattered world records, fetching a staggering $1.9 million (€1.7m) at a Sotheby’s auction in London.

According to Marketwatch, "the 'Holy Grail' of whiskies with the eye-watering price tag is a bottle of The Macallan Fine and Rare 60-year-old 1926 single malt. It was distilled in 1926, and aged in casks of European Oak for 60 years before being bottled in 1986".

The record-breaking bottle was part of 178 bottles from Scottish distillery The Macallan, in a collection spanning seven decades from 1926 through to 1991.

The Macallan distillery is based in Moray in Scotland, and has been operating since 1824. 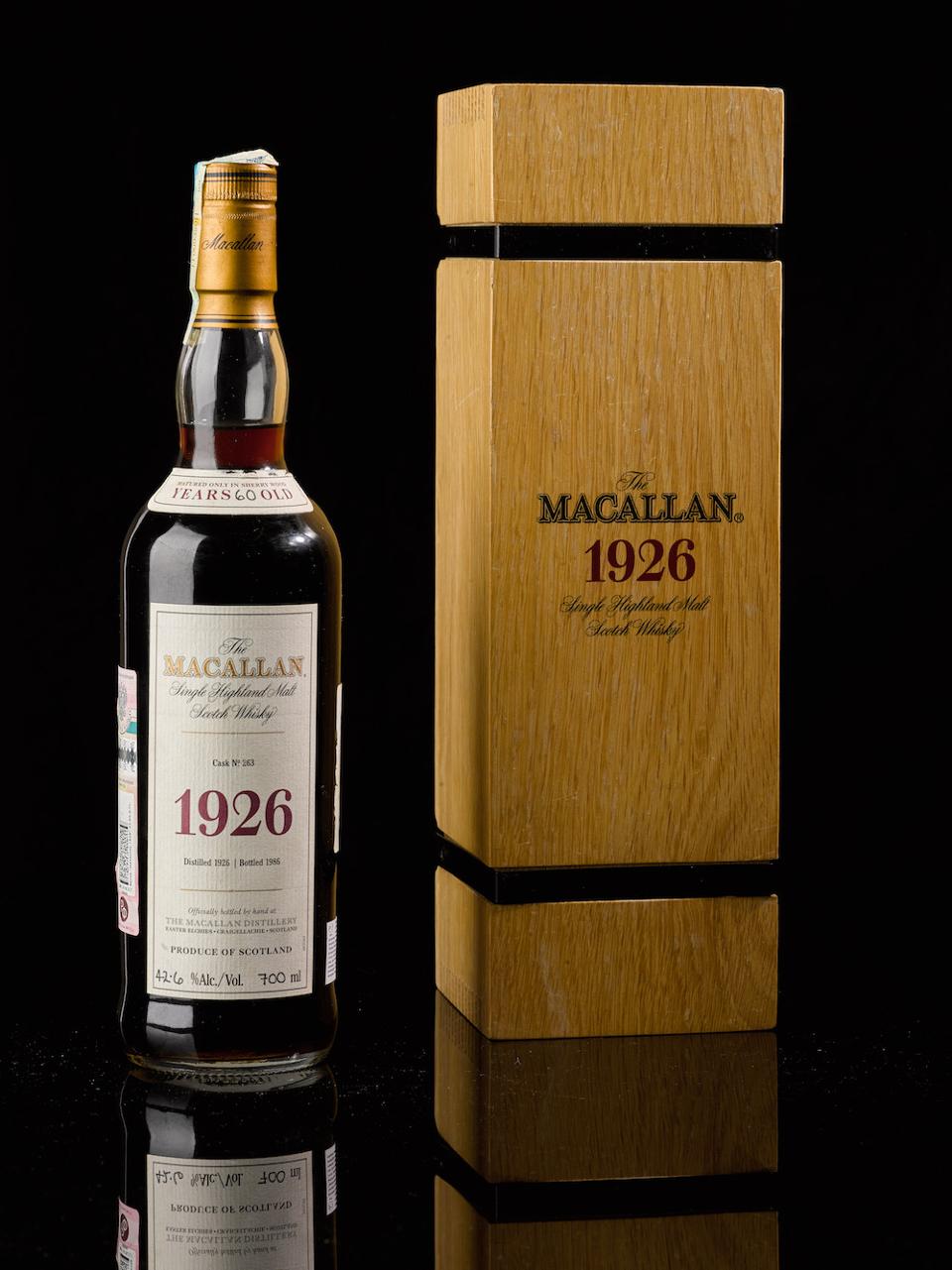 Sotheby’s have said it was the highest price ever paid in public for a bottle of whisky or any other drink.

END_OF_DOCUMENT_TOKEN_TO_BE_REPLACED

The Guinness World Records could not immediately be reached for comment on that topic.

To put things into context, the auctioneers said that a bottle from the same whiskey collection sold for £5,000 in 1987. By that math, the latest auction price, an increase of 29,000% over the intervening 32 years, represents an average return of 20% a year.

Sotheby’s won’t reveal the identity of the buyer, but said that the auction attracted a lot of interest from Asia.

In 2018, the previous record price for a bottle of whiskey was set when a bottle of Macallan sold for $1.1 million at an auction in Edinburgh in 2018.

popular
Amazon Prime Video has just quietly added 15 big movies to its library
QUIZ: Can you guess the pixelated album cover?
An unforgettable sci-fi film is among the movies on TV tonight
Irish man dies following hit-and-run in London
Travis Barker rushed to hospital after tweeting "God save me"
Gardaí issue update on investigation into murder of Sophie Toscan du Plantier
Calls for €20 social welfare increase and minimum wage of €13 in new Budget
You may also like
1 month ago
Gardaí appealing for witnesses to fatal road collision in Louth
1 month ago
Gardaí appeal for witnesses following serious assault incident in Dublin
2 months ago
Gardaí appeal for witnesses following serious assault in Dublin
2 months ago
Man arrested after a woman is fatally stabbed in Antrim
5 months ago
Spotify to pull Neil Young music after he slammed Joe Rogan podcast
5 months ago
The world's first orbiting film studio is scheduled to be launched into space in 2024
Next Page