Finishing up our series on the best Brazilian beaches, we focus on Porto da Barra, in Salvador.

Porto da Barra Beach is located in the city of Salvador, Brazil. It is located at the entrance of the Baía de Todos os Santos, with a small, white colonial fort at one end and a whitewashed church sitting up on a hill at the other. 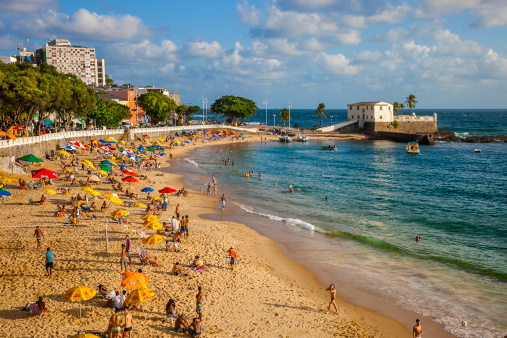 END_OF_DOCUMENT_TOKEN_TO_BE_REPLACED

The beach hosts some of Salvador's top events, such as sports tournaments and Espicha Verão, a post-Carnival extravaganza packed with live shows. Part of the Barra district, which is located at the tip of the peninsula occupied by Salvador, and affords great views of sunrises and sunsets, Porto da Barra is at it's peak of beauty when the sun goes down. 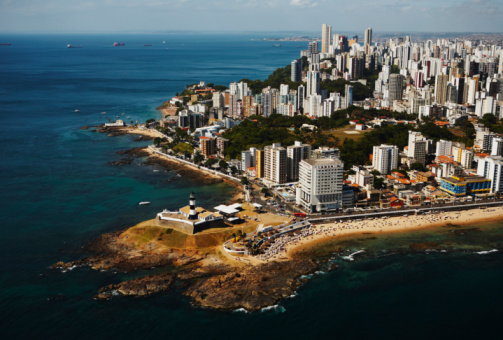 Going for a boat ride, playing soccer or volleyball, swimming and lingering under a beach umbrella while sipping on some fresh coconut water and slurping on an ice-pop are among the simple pleasures at this bustling urban beach. 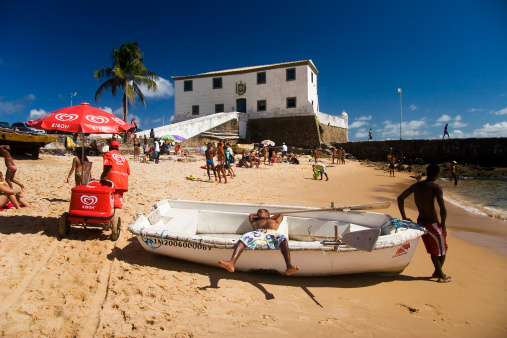 END_OF_DOCUMENT_TOKEN_TO_BE_REPLACED

It's small, picturesque, usually crowded, loaded with vendors selling everything imaginable, and roughly half those present are foreigners. The bay's waters are clear and calm, and the people-watching is fantastic. To the left of the lighthouse, Praia do Farol da Barra has a beach break popular with surfers. Barra's waterfront is lined with bars and restaurants and is well lit at night.

popular
Body of a man discovered in the water off the coast of Donegal
QUIZ: You'll do well to get 100% in this General Knowledge Quiz
QUIZ: How well do you really know Irish weather?
25 years ago, Sylvester Stallone delivered his best performance in a hard-hitting crime drama
The new Garda uniform has finally hit the streets
Body of woman in her 70s found in unexplained circumstances in Kerry
The JOE Friday Pub Quiz: Week 307
You may also like
20 hours ago
Dublin Airport reduces the recommended arrival times for passengers
3 days ago
WATCH: Flight makes scary 'lowest ever landing' at Greek airport, narrowly avoiding plane spotters
1 week ago
New ferry route from Rosslare to Dunkirk to begin taking passengers this week
3 weeks ago
Bus Éireann cancels dozens of services due to operational issues
3 weeks ago
Ryanair condemns Dublin Airport passenger charge increase following recent "mismanagement"
1 month ago
New Spanish hospital to offer "alternative pathway" for Irish patients waiting for routine treatments
Next Page