To celebrate the release of new Irish film Calvary, JOE has compiled a list of great Irishmen who have made an incredible impact on the world...

Following on from their wickedly-funny work together on The Guard, director John Michael McDonagh has again cast Brendan Gleeson in the lead role of Calvary, this time as a good priest tormented by his small-town community, a group of people who seem intent on making his life a living hell. 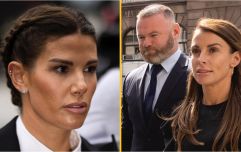 END_OF_DOCUMENT_TOKEN_TO_BE_REPLACED

First things first, everyone's favourite furry film man Brendan Gleeson is the star of the critically-acclaimed Calvary and, over the years, his incredible performances have made him a much-loved cinema star all around the world. His best-known films include Braveheart, In Bruges, the Harry Potter films and, of course, his aforementioned previous crackin' collaboration with director John Michael McDonagh, The Guard.

Oh, and how could we forget? He also appears in every Leaving Cert Irish student's favourite film, Cáca Milis. 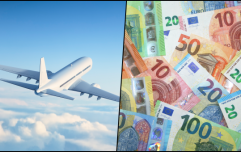 END_OF_DOCUMENT_TOKEN_TO_BE_REPLACED

Gleeson's Calvary co-star Chris O’Dowd is the latest Irish comedic genius to take the world by storm. Probably best known for his role as Roy Trenneman in the Channel 4 comedy The IT Crowd, O'Dowd became a global star after awesomely appearing in the exceptionally-funny Bridesmaids opposite Kristen Wiig and Jon Hamm.

The man is, in this JOE's humble opinion, surely one of the funniest Irish men ever to have graced our screens. And everyone knows that JOE's opinion is always correct.

What a man. The brazen 25 year old has become a firm fan and JOE favourite in the UFC with his incredibly confident attitude and supreme fighting skills. Plus, the man has a great sense of humour with a fantastic fashion sense to boot...

The 37 year old cheeky Castleknock man has become one of Hollywood's most handsome hunks and his boyish Irish charm means he is adored by fans everywhere he goes. Some people actually tell JOE that we remind them of Colin Farrell. Some people are deluded though...

Here he is starring opposite the very lovely Clémence Poésy in one of JOE's favourite films, In Bruges...

Born in 1992, Jack Reynor is still just a young pup of a lad and yes, although we know he was born in the United Shtates, we're claiming him as Irish – when he was two he moved to Wicklow so that's good enough for us. You may not have heard of him just yet but he was incredible in the Irish film What Richard Did and he's just about to star in the latest Transformers film as Optimus Prime's and Mark Wahlberg's best buds.

The kid is going to be HUGE.

Speaking of people who are going to be massive stars, Dublin actor Killian Scott has, through his brilliant performances in Calvary and the absolutely fantastic Irish crime drama Love/Hate, already made a huge name for himself to both fans of film and fizzy orange everywhere...

Scott's excellent Love/Hate co-star Aidan Gillen first came to JOE's attention when he superbly starred as Tommy Carcetti in what is widely regarded as one of the greatest television show's of all time, The Wire.

Since then, the Dublin dynamo has shown off his wide range of skills as he has hosted Other Voices, was on the wrong end of Bane the beast in Christopher Nolan's The Dark Knight Rises, and is now possibly most well known as the scheming Littlefinger in Game Of Thrones...

Manchester United legend and now assistant manager of Ireland, Roy Keane is revered all around the world and regarded as one of the finest midfield players to ever grace a football pitch.

The controversial Corkonian now spends his time working in football punditry, reminding players from all across the globe that thy're nowhere near as good a player as he ever was.

Like Reynor, we're proudly claiming Fassbender as an Irish legend, in spite of him being born in Germany. That's just south of Carlow, right? Right.

Fassbender, over the space of just a few years has absolutely skyrocketed into the stratosphere of super stardom following devastatingly brilliant performances in Hunger, Shame and, most recently, 12 Years A Slave.

Don’t ever take this man’s daughter. You’ll live to regret it… well, actually, scratch that; you’ll probably not live at all as he will find you, and he will kill you. Neeson is arguably Ireland’s best known hardman and, even though he's now the world's favourite geriactioner, we reckon that he’s best left alone.

Calvary is released in Irish cinemas on Friday 11 April 2014. You can watch the trailer here:

popular
Welder awarded €15,000 for unfair dismissal despite admitting to drinking alcohol before work
Netflix has just quietly added 30 big movies to its library
10 years ago today, the scariest movie ever made (according to science) was released
Netflix reveals full line-up of new shows and movies arriving in October
Man in his 40s dies following assault at funeral in Kerry
Amazon Prime Video has just added 37 big movies to its library
It took five long weeks, but The Rings Of Power is finally fantastic
You may also like
1 month ago
The Banshees of Inisherin is getting even better reviews than In Bruges
8 months ago
25 years ago, Brendan Gleeson kicked off one of Hollywood's most OTT plots
1 year ago
Barry Keoghan to star in new Brendan Gleeson and Colin Farrell movie, The Banshees Of Inisherin
1 year ago
Extras wanted for new film starring Colin Farrell and Brendan Gleeson - The Banshees of Inisherin
1 year ago
We predict which of the Irish nominees will win their Golden Globes
1 year ago
WATCH: Brendan Gleeson's speech remembering the 14 people killed on Bloody Sunday
Next Page