Fashion photographers are none too happy after 16-year-old Brooklyn Beckham was employed to shoot a campaign for Burberry.

David and Victoria's eldest son employed by the fashion brand at the expense of other, experienced professionals on account of his massive social media following - five million and counting - with cries of nepotism ringing out.

Excited to photograph the @Burberry campaign tomorrow. Watch it live on their Instagram & Snapchat ?#THISISBRIT 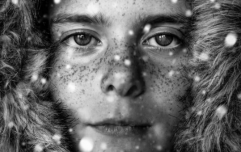 END_OF_DOCUMENT_TOKEN_TO_BE_REPLACED

Fashion photographer Chris Floyd, speaking to The Guardian, was just one photographer left annoyed by Burberry's decision to employ the younger Beckham.

“David and Victoria Beckham represent sheer willpower and graft. Especially her, she’s climbed that mountain all by herself," Floyd said.

"They represent hard work and then their 16-year-old year son comes along and it’s sheer nepotism. He hasn’t done it from hard work, which is counter-intuitive to what his parents represent.” 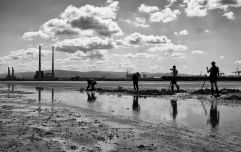 END_OF_DOCUMENT_TOKEN_TO_BE_REPLACED

Jon Gorrigan is another photographer who pointed out that Brooklyn Beckham would have no knowledge of camera technology, lighting set-up or photo editing software.

popular
Met Éireann issues weather warning for three counties
QUIZ: Take your very best shot in this tough General Knowledge Quiz
A feel-good comedy with a Springsteen soundtrack is among the movies on TV
The JOE Movie Quiz: Week 160
QUIZ: Can you conquer this delightfully difficult General Knowledge Quiz?
New horror movie trailer has one of the best jump scares in years
GAA proposes new black card for fouls
You may also like
1 year ago
Irish man takes home top prize in world photography competition
2 years ago
Nikon is offering free online photography classes for the month of April
3 years ago
David Attenborough's cinematographer reveals where he thinks the most beautiful place is on the entire planet
3 years ago
Our guide to taking great photographs that don't need a filter
3 years ago
PIC: The funniest wildlife photo of the year has been revealed
3 years ago
An excellent music photography exhibition opens in Dublin in November
Next Page