There hasn't been a partnership feared this much since Yorke and Cole tore up defences for Manchester United back in 1999.

Picture the scene. You're heading out for the night and you start pre-drinking with a bottle of Buckfast because after all, the bucky will make you lucky. 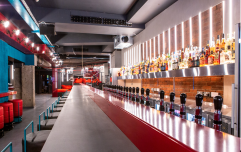 END_OF_DOCUMENT_TOKEN_TO_BE_REPLACED

However, as you head into the nightclub/pub, you feel the need to have something that bit easier on the head and opt for a nice beer for the rest of the night.

You think to yourself 'if only there was some sort of drink that combined my two favourite alcohol based beverages to make one fantastic concoction.'

That day has arrived. 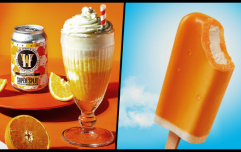 END_OF_DOCUMENT_TOKEN_TO_BE_REPLACED

The Buckfast Beer is called Commotion Lotion and has been built specifically for festivals, coming in a handy 330ml can which is ideal for bringing to gigs.

YellowBelly and King Kong Company first crossed paths at the Great Irish Beer Festival. Yellow Belly invited the band to their Willy-Wonka-like facility and after both parties sampled a few brews, they created the idea of Buckfast Beer.

Commotion Lotion is available from all good stockists of craft beer from Thursday June 22, just in time for Body & Soul.

You can catch King Kong Company in their natural habit when they headline the Midnight Circus Stage at Body&Soul on Saturday June 24. 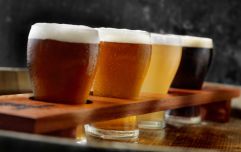 END_OF_DOCUMENT_TOKEN_TO_BE_REPLACED

More details about Buckfast Beer can be found on the Yellow Belly Beer and King Kong Company websites.

popular
Katherine Ryan says famous TV star is a ‘predator’ and everyone in industry knows
New plot details emerge for Christopher Nolan's upcoming epic Oppenheimer
The 50 most iconic songs of all time* have been revealed
David Walliams reportedly quits Britain's Got Talent after making offensive comments about contestants
Released 30 years ago today, this Irish thriller still has a worldwide impact
A great and gritty crime thriller is among the movies on TV tonight
Oscar-winning Fame and Flashdance singer Irene Cara dies aged 63
You may also like
2 months ago
Irish consumers pay more tax on a pint of beer than 25 EU countries and the UK
6 months ago
Beer production in Ireland fell by nearly 50% in 2021 as alcohol consumption declines dramatically
1 year ago
Americans offered free beer as latest incentive to get Covid-19 vaccine
2 years ago
QUIZ: Can you name which country these beers are from?
3 years ago
Lidl selling non-alcoholic wine for €3 per bottle this Christmas
3 years ago
QUIZ: Can you identify the beer just from its can?
Next Page