The couple say they are 'excited as eloping teenagers.'

The retired astronaut, who was the second man to walk on the moon, celebrated his birthday on Friday. 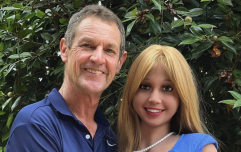 END_OF_DOCUMENT_TOKEN_TO_BE_REPLACED

He revealed in a post on Twitter that he had “tied the knot” with Faur, 63, in a small ceremony in Los Angeles.

He told his followers that the couple were as “excited as eloping teenagers” and shared two photos from the wedding.

Aldrin wrote: “On my 93rd birthday and the day I will also be honoured by Living Legends of Aviation, I am pleased to announce that my long-time love Dr Anca Faur and I have tied the knot.

“We were joined in holy matrimony in a small private ceremony in Los Angeles and are as excited as eloping teenagers.”

END_OF_DOCUMENT_TOKEN_TO_BE_REPLACED

Aldrin posted two pictures from the ceremony on Twitter, showing himself dressed in a suit, decorated with a medal and an Air Force badge, alongside Faur in a lace dress.

Faur has worked as executive vice-president of Buzz Aldrin Ventures since 2019, according to her LinkedIn page.

On my 93rd birthday & the day I will also be honored by Living Legends of Aviation I am pleased to announce that my longtime love Dr. Anca Faur & I have tied the knot.We were joined in holy matrimony in a small private ceremony in Los Angeles & are as excited as eloping teenagers pic.twitter.com/VwMP4W30Tn 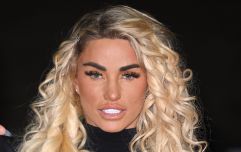 END_OF_DOCUMENT_TOKEN_TO_BE_REPLACED

This is the fourth time Aldrin has married, having previously been through three divorces. He married Joan Ann Archer in 1954 and the couple were together for 20 years before separating. He was then married to Beverly Van Zile from 1975 to 1978, and to Lois Driggs Cannon between 1988 and 2012.

He has three children – James, Janice and Andrew – with Joan Ann, one grandson, three great-grandsons and one great-granddaughter.

Aldrin became achieved worldwide fame after taking part in the Apollo 11 mission to the moon in July 1969 with fellow astronauts Neil Armstrong and Michael Collins.

Speaking to the Guardian in 2009, he said: “[People] want us in a few words to generate the enthusiasm that the world had as they contemplated what we were about to do.

“Well, what it felt like is something that we trained for. We were trying to treat it as calmly as we could and perform to the best of our ability.”

He became the second man to set foot on the moon and is the last of the three still alive today. Aldrin retired from Nasa in July 1971 and went on to serve as commandant of the Aerospace Research Pilot School at Edwards air force base in California.

popular
Conor Mcgregor hit by car ‘at full speed’ while cycling
New Netflix series deserves to be as big as Stranger Things
The JOE Friday Pub Quiz: Week 331
Couple left mortified after best man delivers incredible punchline during speech
Peaky Blinders creator on the lookout for 'skinheads' for new drama
All of the new Netflix movies and shows arriving in February
DJ accidentally shoots herself in the face with a confetti cannon while performing
You may also like
3 weeks ago
Liver King sued for $25M after revelation he was actually on steroids
3 weeks ago
Man survived for two days at sea by clinging onto a buoy
4 weeks ago
The JOE Friday Pub Quiz: Week 327 - the 2022 roundup
4 weeks ago
Pilot explains where your poo goes when you flush a plane toilet
1 month ago
Mark 'The Beast' Labbett shows off staggering 10 stone weight loss in new photo
1 month ago
The JOE Friday Pub Quiz: Week 326
Next Page