The Chelsea owner is one of the richest men on the planet with a reported net worth of €10bn.

When he's not hiring and firing high profile managers, shelling out for multi-million pound players at Chelsea or paying off eye-watering divorce settlements, he's indulging in some of the finer things in life. 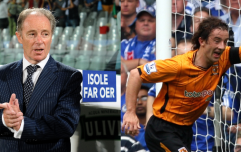 END_OF_DOCUMENT_TOKEN_TO_BE_REPLACED

When you're a billionaire businessman with money burning a hole in your pocket, you have to get around in style.

We already know that he owns the world's second biggest superyacht - the €340m Eclipse - which can be seen floating around the Mediterranean.

It's quite evident that the Russian oil magnate likes to travel in style when he's back on dry land  too. He quite likes to get around in a flashy whip. Only it seems he can't choose between the Ferarris, Zondas and Lamborghinis of this world...so he just bought them all.

The Daily Mail gave us a glimpse of Abramovich's obscene car collection during a private track day he had around Germany's famous Nurburgring. 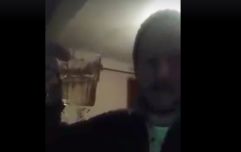 END_OF_DOCUMENT_TOKEN_TO_BE_REPLACED

It's the first time the 49-year-old has showed off his fleet of ludicrously expensive supercars in public. But the two day race event with Nurburgring owner and former business partner Viktor Kharitonin saw him roll out some spectacular vehicles which were then unceremoniously unleashed around the 13-mile circuit.

Experts reckon the cars on show were worth around £8.5m. His impressive fleet included a rare Pagani Zonda R, of which only 15 have ever been produced valued at £2.5m.

He owns a Ferrari FXX, a prototype supercar, which is also owned by F1 driver Michael Schumacher as well as Bugatti Veyron, a Ferrari 488 GT3, a Mercedes-Benz AMG GT3, a Lamborghini Reventon, an Aston Martin Vulcan, to name a few.

Still doesn't look as fun as a cruise around town in our mate Gaz's souped up Nissan Micra though...

popular
Amazon Prime Video has just added 38 very big movies to its library
Ashton Kutcher opens up about rare disease that left him unable to see or walk
The start of the superhero takeover of Hollywood is among the movies on TV tonight
Matt Lucas quits Great British Bake Off role
The Pogues’ Shane MacGowan rushed to hospital
Did you spot the explosive detail in the latest episode of The White Lotus?
Rotten Tomatoes reveals the best reviewed movie of 2022
You may also like
8 months ago
Roman Abramovich 'suffered suspected poisoning' following Russia-Ukraine peace talks
3 years ago
"Are you talking about a man who took a 6th place Derby from the Championship, to 6th place in the Championship?"
3 years ago
QUIZ: Name these former Liverpool and Chelsea players
3 years ago
The Football Spin on Maurizio Sarri's problems and have Chelsea handed Manchester City the title?
3 years ago
The Football Spin on the Rafa Benitez conundrum, Chelsea's chance for glory and how English football anticipated Brexit
4 years ago
The Football Spin featuring the unsackable Jose Mourinho, the rise of Marco Ianni and the return of Mo Salah
Next Page