Children inherit intelligence from their mums, not their dads

Realistically, this shouldn't be coming as a surprise to anyone.

As much as parenting is a joint effort, mums and dads across the land love to take credit for for some of their kids' traits, whether this be sporting ability, humour, or musical talent.

But it turns out there is one that isn't really up for debate - who children get their intelligence from. 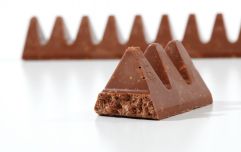 END_OF_DOCUMENT_TOKEN_TO_BE_REPLACED

Sorry dads, but chances are it's not you, and there is a scientific explanation for this.

Well, multiple studies have shown that the X chromosome is responsible for carrying intelligence, meaning that females are twice as likely to pass down intelligence to their children than fathers are. A number of studies have reached this conclusion over the years, the Mirror reports.

'Estimated that 40-60% of intelligence is hereditary' 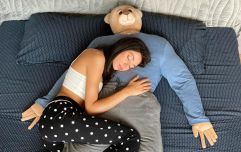 Singles are buying man-sized teddy bears to keep them company

END_OF_DOCUMENT_TOKEN_TO_BE_REPLACED

One study at the Medical Research Council Social and Public Health Sciences Unit in Glasgow, revealed that kids' IQs tend to be similar to their mothers'.

Researchers interviewed kids every year from the age of 14-22, taking into account various factors like education and socioeconomic status.

They found that the best predictor of intelligence in most scenarios was the child's mother - and that the young people's IQs were only around 15 points different from that of their mothers. 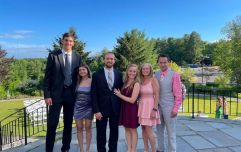 END_OF_DOCUMENT_TOKEN_TO_BE_REPLACED

However, some disagree with the idea that mum's are the ones who pass down intelligence, arguing that there are many more factors than simply genetics in determining a child's intelligence.

According to Psychology Spot it's estimated that 40-60 percent of intelligence is hereditary - the rest comes from our environment.

So don't worry dads, you can obviously still play a huge role in your child's intellectual development.

Alternatively you can focus on teaching them your best jokes and making sure they support the right team growing up. It's all important stuff.

popular
Katherine Ryan says famous TV star is a ‘predator’ and everyone in industry knows
Staff threatened with screwdrivers during armed pharmacy robbery in Dublin
20 years ago, one of the best sci-fi movies of the 21st century was a box-office bomb
The JOE Friday Pub Quiz: Week 322
The JOE Movie Quiz: Week 181
Man fired for not being "fun" at work wins legal battle, nobody has to be fun now
QUIZ: Can you get 100% in our World Cup shocking upsets quiz?
You may also like
2 days ago
The JOE Friday Pub Quiz: Week 322
3 days ago
Courier, 49, found dead behind wheel of van after working seven-day weeks and 14-hour days
1 week ago
6ft 2ins woman who wanted to shrink now making £250k a month on OnlyFans
1 week ago
Dad makes wife and kids wear head torches and only turns heating on once a week
1 week ago
The JOE Friday Pub Quiz: Week 321
1 week ago
Chinese man runs entire marathon in three and a half hours while chain smoking
Next Page