We love a good festival romance.

I know at this stage it's almost hard to remember what a festival is, but one day they will be back and there will be fantastic stories from main stages to tents in fields.

My favourite part about going to a festival was meeting new people and there's nothing better than meeting someone who becomes part of your life after the festival. Everyone knows someone who has a good festival love story.

END_OF_DOCUMENT_TOKEN_TO_BE_REPLACED

One couple in the states who met at Woodstock more than 50 years ago are still together and have recreated the first photo they were in together.

Judy and Jerry Griffin were pictured together 48 hours after meeting and they are still in love all these years on.

A couple at Woodstock (48 hours after they met) and the same couple 50 years later. pic.twitter.com/EvzpeLawzC

They met before Woodstock in 1969 when Judy and her friend were hitch hiking to the festival after her car broke down.

END_OF_DOCUMENT_TOKEN_TO_BE_REPLACED

Jerry came to the rescue and gave them a lift in his VW Beetle. Just told PEOPLE back in 2019: "I was just thinking, 'Damn, now we can't go', and we were dying to. Then Jerry and his friends pulled up. I stuck my head in and I saw that there was a woman in the car."

"I'd never hitchhiked before, but I figured, 'Well, since there was a woman, it was fairly safe, and I probably should just get in the car'." 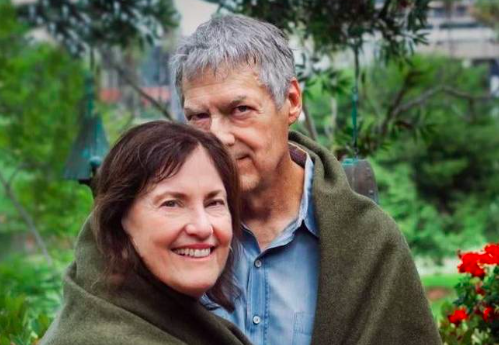 Jerry, told People about their chance meeting: "I thought, 'Okay, this is definitely unusual. We just picked up this really cute girl. And I'm going to Woodstock and I've got a tent and she doesn't'."

END_OF_DOCUMENT_TOKEN_TO_BE_REPLACED

Judy added: "By the time we got out of the car and set up camp, we were into each other, and we basically were together from that point on."

The couple who have two sons and five grandchildren recreated the Woodstock photo back in 2019. The other day both photos were shared online side by side and have gone viral with more than 480,000 likes on Twitter and 47,000 retweets.

popular
Met Éireann updates weather warning for entire country as temperatures set to fall to -6
Céline Dion diagnosed with incurable neurological disease
The "eighth best movie ever made" is among the movies on TV tonight
Jennifer Lawrence sparks controversy by saying she was the first woman to lead an action movie
5 deadly destinations for a last-minute city break this winter
Shane MacGowan's wife shares update after singer is hospitalised
Star of Horrible Histories says cast arguably did 'blackface' by getting spray tans to play Egyptians
You may also like
3 months ago
Massive 130ft superyacht sinks off the coast of Italy
6 months ago
Johnny Depp case: Man who went viral on TikTok claiming to be a juror admits it was a 'prank'
9 months ago
WATCH: Russian soldier loses fight against door
11 months ago
Video shows Taiwanese army practicing urban warfare in front of mock Dublin pub
1 year ago
Make "No Bones" about it - this dog has taken over TikTok
2 weeks ago
6ft 2ins woman who wanted to shrink now making £250k a month on OnlyFans
Next Page