It was around the mid-90s when many great films were basically about nothing.

Sure, there was the usual array of blockbusters, cop movies and whatnot, but independent cinema was all about the cool kids kicking back and generally being cool. Before Swingers we had Clerks and Dazed and Confused; both movies that led to huge things for talent involved – but none more so than Swingers.

In plot that is pretty much simplicity personified, Swingers centres on Jon Favreau’s mourning wannabe actor, who moved to LA from New York having broken up with his long-term girlfriend.

Comforted by his buddies, all out-of-work actors, he attempts to take his mind off his relationship woes by hitting on other women (badly) until he begins to see the light. It’s soundtracked by the likes of Big Bad Voodoo Daddy and Dean Martin, was shot for less than $250,000 and has an air of effortless cool that few movies have touched since.

First off, everyone knows what happened to Vince Vaughn after Swingers; he spent a couple of years relying on his charisma in overtly dramatic roles, then hit paydirt with Old School and Wedding Crashers. Vaughn is now a $15 million a movie actor. 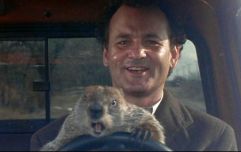 END_OF_DOCUMENT_TOKEN_TO_BE_REPLACED

However, It was lead Jon Favreau’s script, as well as his persistence on making the film his way, that has led to stunning things for him and everyone else involved. After reuniting with Vaughn for his directorial debut, Made, Favreau went on to direct the smash hit comedy Elf and the first two Iron Man movies - he is the man that made Robert Downey Jr. a star again. He still appears in films from time to time and is still very good when he does so.

Speaking of directors; this was Doug Liman’s first proper film. You know that name? He went on to direct The Bourne Identity and Mr. and Mrs. Smith – he’s currently working on a sci-fi epic starring Tom Cruise. Ron Livingston, who plays Rob, “from back east” has gone on to good things too.

Like all great cult films, Swingers is almost endlessly watchable and sure to put you in a good mood. It'll help mend that broken heart, but no matter what your relationship status, it's a hidden gem of a film that deserves your time.


popular
WATCH: For the first time since 2011, someone has won the Winning Streak jackpot of €500,000
15 new documentaries you should be watching on TV in 2020
QUIZ: How well do you know Will Smith's movie career?
The JOE Friday Pub Quiz: Week 174
15 films from the last 15 years that legitimately deserve to be on the Leaving Cert
Temperatures drop to -4 as weather warning is in place for 17 counties
You may also like
1 year ago
Darren Aronofsky finally gives a definitive answer on what 'mother!' was all about
5 years ago
Gallery: These Wes Anderson inspired tribute posters are just wonderful
6 years ago
Double ‘ooooooh’ seven – rare condition leaves stroke patient orgasmic after 007 music
6 years ago
All LeBron James’s succesful shots from Game 7 in one brilliant GIF
6 years ago
Now that’s what we call a debut; some great films from first-time directors
6 years ago
Colin Farrell's best roles
Next Page