In the category of books written by a restaurant chef, McDermott beat out stiff competition, including a book by Mauro Colagreco - the proprietor of Mirazur in the South of France, which has three Michelin stars. 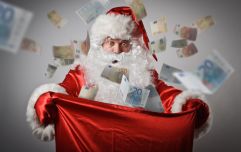 END_OF_DOCUMENT_TOKEN_TO_BE_REPLACED

There were eight other finalists vying for the accolade.

McDermott is the chef-proprietor of the Foyle Hotel by Chef Brian McDermott in Moville, which is also home to his cookery school.

"OMG we have just won Best Chef Cookery Book in the world. We can hardly speak right now from China. Ecstatic. Thank you everyone. Could not be more prouder right now. #Donegal."

OMG we have just won “ Best Chef Cookery Book “ in the world. We can hardly speak right now from China 🙏🙏 Ecstatic. Thank you everyone. Could not be more prouder right now. #Donegal pic.twitter.com/KpjPYZ9kwy

The book, which is published by O’Brien Press, is called Donegal Table: Delicious Everyday Cooking - and is available for €19.99. 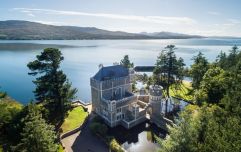 END_OF_DOCUMENT_TOKEN_TO_BE_REPLACED

"Brian believes that tasty, healthy food based around local produce is something every family can enjoy through this collection of achievable, affordable and accessible recipes celebrating the best of Donegal’s warmth and traditions."

We're hungry just thinking about it.

The Big Reviewski || JOE · Wonder Woman 1984 star Kristen Wiig & director Patty Jenkins on comedy, Cats & handsome Irishmen
popular
QUIZ: Name all the counties of Ireland that contain 3 vowels or more
Recall of Pedigree dog food over safety concerns
The JOE Friday Pub Quiz: Week 226
QUIZ: Can you correctly identify these European country flags?
QUIZ: Can you pass your driving test and guess the meaning of all these road signs?
QUIZ: Can you guess the drink from its can?
The JOE Movie Quiz: Week 84
You may also like
15 hours ago
Several baby food products sold across Ireland have been recalled
18 hours ago
50 more people with Covid-19 have died, 3,498 new cases
19 hours ago
Gardaí appeal to the public to stay at home this weekend
21 hours ago
Pfizer to temporarily reduce vaccine deliveries to Europe
1 day ago
Covid-19 hospital cases continue to rise despite some "hopeful trends"
1 day ago
Church and State "bear heavy responsibility" over Mother and Baby Homes, says President
Next Page