Central Bank of Ireland have released new figures which indicate that there is still around €350m worth of unclaimed old punts in Ireland.

Central Bank have also released figures on redeemed punts - in both notes and coins - over the last five years, with almost €1 million worth of punts exchanged in 2019 alone: 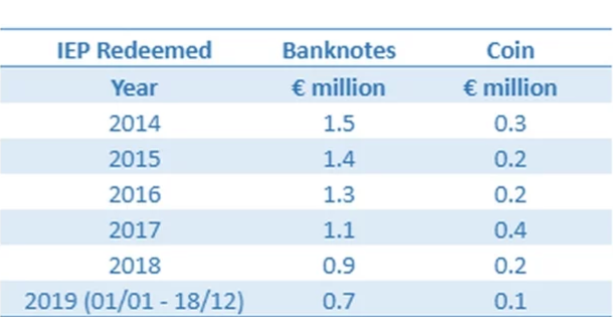 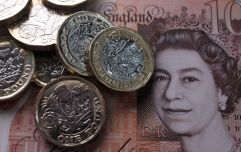 Over 250,000 signatures on petition requesting Ireland adopt Sterling and the Euro as dual currencies to resolve Brexit

END_OF_DOCUMENT_TOKEN_TO_BE_REPLACED

The Central Bank also have further information if you wish to exchange your old punts for euros (exchange rate £1 = €1.269738), which involves filling in a downloadable form and submitting it with your money, and the euro exchange will then be paid directly into the bank account listed on the form.

Full information on the exchange can be found here.


popular
Here are Ireland’s favourite takeaways, as per the National Takeaway Awards
TG4 to air a documentary on Ireland's homeless crisis this evening
"Totally unacceptable." Final year students at WIT hit out after extra module added to final semester
Here are the 6 best movies on TV this evening
QUIZ: Week 16 of JOE's 19 in 90 quickfire quiz is here
Met Éireann forecasts risk of sleet and possibly snow in parts of Ireland this weekend
Seven leaders announced for RTÉ's multi-party debate
You may also like
5 months ago
Value of sterling nears ten-year low against euro
5 months ago
Value of pound is now lower than euro at British airports
5 months ago
Sterling exchange rate in July has dropped to record low against Euro and Dollar
2 years ago
New research shows just how much Republic Of Ireland shoppers can save in Northern Ireland
2 years ago
Latest figures show Sterling is getting closer to dropping below value of Euro
2 years ago
You need to check your lotto tickets ASAP if you bought them in this Dublin store
Next Page