Tickets for Electric Picnic 2020 have officially sold out

Will you be in Stradbally for the festival next year?

Electric Picnic is undeniably the highlight of Ireland's festival season.

And for the second year in the festival's history, it has completely sold out before an act has even been announced. 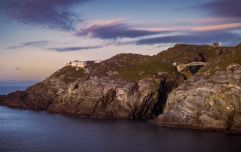 END_OF_DOCUMENT_TOKEN_TO_BE_REPLACED

This is made even more impressive when you take into account that the festival has increased its capacity to 70,000, meaning even more Picnickers can attend.

So when you can't find anyone you know after forgetting where your campsite is next year, just remember it's because there's 70,000 other people in attendance.

But if you didn't get a ticket, all hope is not yet lost.

A limited number of tickets will made available to customers of Three customers through its dedicated reward system closer to the time of the festival.

At this year's festival, a brand new area called Freetown was added to the experience, while Electric Picnic 2020 will see the addition of two brand new areas – Fishtown and Mind and Body.

The lineup for EP 2020 will be announced at some point early in the new year, according to the festival.

This news comes hours after it was announced that Body & Soul confirmed that it was ending its 16-year association with Electric Picnic, much to the disappointment of festival-goers.

The Big Reviewski || JOE · TBR Spotlight: Loki - Episode Three - 'Lamentis'
popular
The 50 most iconic songs of all time* have been revealed
PICS: The man with the biggest penis in the world has one unbelievable problem with it
The Ultimate Robert De Niro Quiz
People think they've figured out the ranking of the viewers on your Instagram Stories
Aldi launches new garden collection including massive waterpark, slides and 14ft pools
Here's the average age people lose their virginity around the world
A Murder in West Cork review: New doc series fixes one of Netflix's biggest problems
You may also like
7 hours ago
Minister says Tallaght could be site of new National Maternity Hospital instead of St.Vincent's
10 hours ago
It’s official, your pint is one of the most expensive in Europe
10 hours ago
Leo Varadkar says decision not yet made on 5 July reopening as "dark cloud on the horizon" over Delta variant
11 hours ago
348 new cases of Covid-19 reported across Ireland
12 hours ago
Leo Varadkar says extra AstraZeneca vaccine could be given to over-18's to help curb Delta variant spread
13 hours ago
Two thirds of Irish people believe modern men lack basic DIY skills compared to previous generations
Next Page