It is believed that hundreds of the scooters were sold here.

The Xiaomi Mi Electric Scooter is being recalled by the Chinese firm that produced them, due to a fear of a loose screw in the folding apparatus, which could cause the steering column to break away during use.

The scooters in question were a small part of the overall number of the product, but there have still been over 10,000 of the scooters sold, with the recall website indicating that 443 of those were sold in Ireland.

The company warns that if any user notices a screw coming loose on their scooter, they should not try to fix the issue on their own.

Instead, you should source the serial number on the scooter, which can be found here: 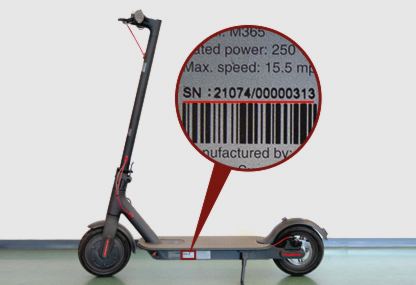 END_OF_DOCUMENT_TOKEN_TO_BE_REPLACED

Once you have located the serial number, head here to see if your scooter is one of those affected.

If it is one of affected vehicles, you will be contacted promptly via email, and within 72 hours you will be provided with information on how to get the vehicle repaired, with no additional cost to you.

Any additional queries or concerns can be e-mailed to service.global@xiaomi.com, or customers can contact SBE - who are carrying out repairs on behalf of Xiaomi in Ireland - on 01-401-8193.


popular
QUIZ: Can you name the country for each of these non-capital cities?
QUIZ: How many of these characters from Breaking Bad can you name?
Disney+ has brought forward its launch date in Ireland and confirmed its price
QUIZ: How many of these Recess characters can you name?
QUIZ: Can you name all 14 landlocked counties in Ireland?
Man arrested after threatening Gardaí with knife and stealing cash in Dublin
Season 5 of Better Call Saul will see the return of two beloved Breaking Bad characters
You may also like
1 week ago
The CSO has revealed the most common surnames in Ireland
1 month ago
Whirlpool recalls 11,000 Hotpoint and Indesit washing machines in Ireland over fire risk
1 month ago
Ballaghaderreen in Roscommon is the cheapest place to buy property in Ireland
1 month ago
UN report reveals Ireland has third highest quality of life in the world
1 month ago
EPA identifies nine seriously polluted river bodies in Ireland
1 month ago
School secretaries confirm strike action to take place in January
Next Page