A lucky ticket holder in Dublin woke up as Ireland’s newest millionaire on Wednesday morning, becoming the first of five people to win a guaranteed €1 million in the next fortnight.

The National Lottery has revealed that the winning ticket for Tuesday night’s EuroMillions ‘Ireland Only Raffle’ draw, worth €1,005,000, was sold in the capital. 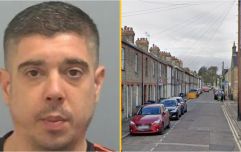 END_OF_DOCUMENT_TOKEN_TO_BE_REPLACED

The winning raffle code was I-JXB-69364, so get checking those tickets.

It was the first draw in what was been termed as the EuroMillions ‘Fortnight of Fortunes’, which guarantees to make five brand new millionaires in Ireland over the next two weeks in a series of special EuroMillions ‘Ireland Only Raffle’ events.

Essentially, it means that there will be a guaranteed Irish winner of €1 million in each Euromillions draw between now and the final event in the Fortnight of Fortunes.

Somewhat ironically, that final draw will take place on Friday, 13 November, when not just one, but two people, will be getting very lucky on traditionally the unluckiest day of the year.

END_OF_DOCUMENT_TOKEN_TO_BE_REPLACED

56,000 Irish ticket holders won a prize of some distinction in Tuesday night’s draw and the National Lottery is encouraging all of its players to check their tickets carefully.

There was no winner of the €26 million jackpot on offer, which now rolls over the draw this Friday (6 November), when the jackpot will be €40 million.

Commenting on Tuesday night’s win, a National Lottery spokesperson said the name of the winning store will be revealed on Thursday and added: “As with any prize win over €1 million, it is important that we inform the winning retailer and of course to give the winning ticketholder the time and space they need to let this amazing win to sink in.

“If you are the lucky ticketholder, please sign the back of the ticket and contact our prize claims team on 1800 666 222 or email claims@lottery.ie and we will make arrangements for you to collect your prize.”

popular
Katherine Ryan says famous TV star is a ‘predator’ and everyone in industry knows
The 50 most iconic songs of all time* have been revealed
New plot details emerge for Christopher Nolan's upcoming epic Oppenheimer
The JOE Friday Pub Quiz: Week 322
Released 30 years ago today, this Irish thriller still has a worldwide impact
QUIZ: Can you possibly get everything right in this General Knowledge Quiz?
Kelsey Grammer reveals why David Hyde Pierce won't be back as Niles in Frasier reboot
You may also like
2 weeks ago
A single ticket has just landed the world’s biggest lottery win of over €2 billion
2 weeks ago
Here's how much money each I'm A Celeb contestant will earn from the show
2 months ago
€600 energy credits and free schoolbooks for children set to be announced in Budget 2023
2 months ago
Living Wage in Ireland set at €13.10 per hour for 2023
2 months ago
Minimum wage to be raised next January
3 months ago
Bord Gais announces a 74% increase in operating profits while customers deal with price hikes
Next Page