The human body is evolving to a point which may stop us from drinking alcohol, according to a new study

Human beings are still evolving, and we may be developing to the point that the human body could reject alcohol entirely.

A new study, published on Monday by scientific journal Nature Ecology and Evolution, details a variant of a gene that makes alcohol intolerable to the human body, one that is supported by continued human growth.

University of Pennsylvania researchers Kelsey Elizabeth Johnson and Benjamin F. Voight analysed a database of 2,500 people from four continents as recorded by the 1000 Genomes Project; a study that ran from 2008 - 2015, establishing the largest public catalogue of human variation and genotype data. 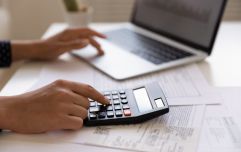 END_OF_DOCUMENT_TOKEN_TO_BE_REPLACED

Their new study examines gene variants that continue to emerge in different populations, identifying specific examples that have spread across varying geographic locations or developed independently over time.

One such notable genetic change concerns the alcohol dehydrogenases (ADH) gene, which produces a group of enzymes that breaks down alcohol that is otherwise toxic.

Johnson and Voight found that new variants of the ADH gene that specifically protect against alcohol have been found in Asia and Africa in the past 10,000 years.

Though the exact process is somewhat unclear, it is suggested that the gene may break down alcohol at a speed faster than the body can digest, resulting in illness and thus affecting the ability to develop alcoholism.

As noted in New Scientist, study co-author Voight admits that it is possible that the gene is present in Europe and the Americas, but simply has yet to be detected.

popular
Amazon Prime Video has just added 38 very big movies to its library
Mia Khalifa claims seaside town is better than Miami
The Banshees Of Inisherin is arriving on Disney+ sooner than you might expect
U2 drummer Larry Mullen Jr. says band may perform without him in 2023
The 50 most iconic songs of all time* have been revealed
Woman hit by rollercoaster is trapped in own body after finally awaking from coma
The JOE Movie Quiz: Week 182
You may also like
11 hours ago
Teens tried to steal judge's motorbike from court despite guards, gates and CCTV
12 hours ago
Blonde director defends film from claims it exploited Marilyn Monroe
12 hours ago
Dissection of a woman's body to be shown on Channel 4 tonight in TV first
13 hours ago
Love Island 2023 details revealed ahead of January return
14 hours ago
Cruise ship passenger who fell overboard swam with sharks for 20 hours
15 hours ago
Simpsons writer has explanation for the show being able to predict so many major events
Next Page