Fanta lemon has apparently been discontinued

The sun has got us all in a really good mood.

We don't get it often, but when we do, everyone has a spring in their step. 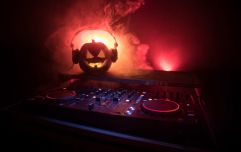 END_OF_DOCUMENT_TOKEN_TO_BE_REPLACED

It just lifts our mood.

And what better way to enjoy the sun than with a delicious Fanta lemon?

Well, that will never happen again.

Because, it looks like Fanta lemon has been discontinued.

We're not 100% sure if this is a worldwide thing, but the official Fanta Twitter page confirmed the news this week, so it definitely doesn't look good.

There are definitely still some bottles and cans available in some stores around Ireland, so maybe we're the exception?

So if you are lucky enough to see one in the shops, enjoy it, because it might be your last.

That sounded a lot more morbid than we intended it to.

The Big Reviewski || JOE · Matt Damon, Camille Cottin, Abigail Breslin and director Tom McCarthy discuss new drama Stillwater
popular
Leo Varadkar said he tried to be "extra careful" while attending Katherine Zappone's 50 person function at hotel
Scientist says decision to go ahead with communions and confirmations could lead to "super-spreader events"
Netflix unveils its full list of classic movies arriving throughout August
Netflix has quietly added 12 great movies to its library today
1,314 new cases confirmed across Ireland as total of deaths related to Covid-19 climbs to 5,044
WATCH: Matt Damon reacts to Dalkey bar creating a cocktail called The Matt Damon
Katherine Zappone hosted 50 friends, including Leo Varadkar, at five-star Dublin hotel days before envoy appointment
You may also like
2 years ago
This terrifying VR experience is the stuff that nightmares are made of
2 years ago
COMPETITION: Win €250 for your best Halloween selfie
2 years ago
Five of the most haunted castles in Ireland
3 years ago
Fanta Lemon fans rejoice, it's here to stay in Ireland
1 month ago
Guinness announces launch of Guinness 0.0, “the Guinness with everything, except alcohol”
1 month ago
Going to the pub while off work sick is not a sackable offence, UK judge rules
Next Page