PICS: This Father Ted themed stag party made it all the way to the top of Croagh Patrick

You can expect to see plenty of people climbing one of the most iconic mountains in Ireland, Croagh Patrick, on weekends at this time of year, as long as the weather isn’t absolutely terrible, of course.

What you don’t expect to see too often is a bunch of men dressed in priest costumes climbing the mountain together, as was the case when a stag party attempted the feat in Mayo earlier today.

END_OF_DOCUMENT_TOKEN_TO_BE_REPLACED

Judging by the pictures sent into us by one of the members of the party, Troy McNamara, at least 15 hardy bucks, including one man dressed as Jesus and two others we’re pretty sure are Father Hernandez and Bishop Brennan, set off from the statue of St. Patrick close to the bottom of the mountain... 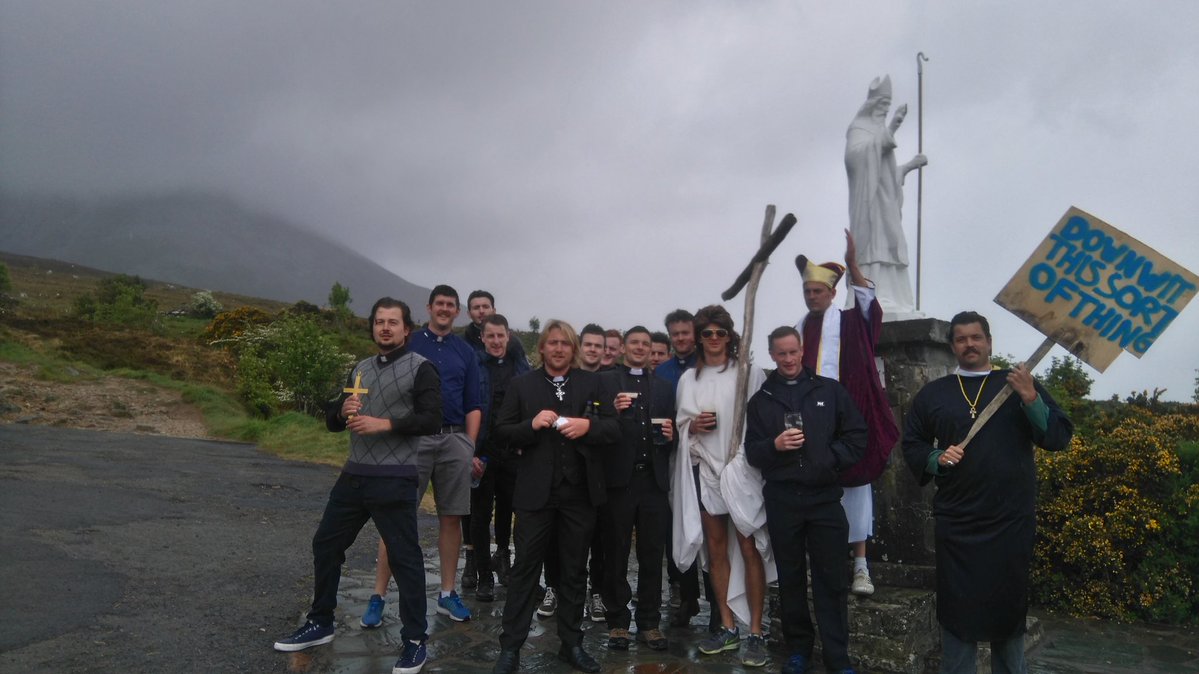 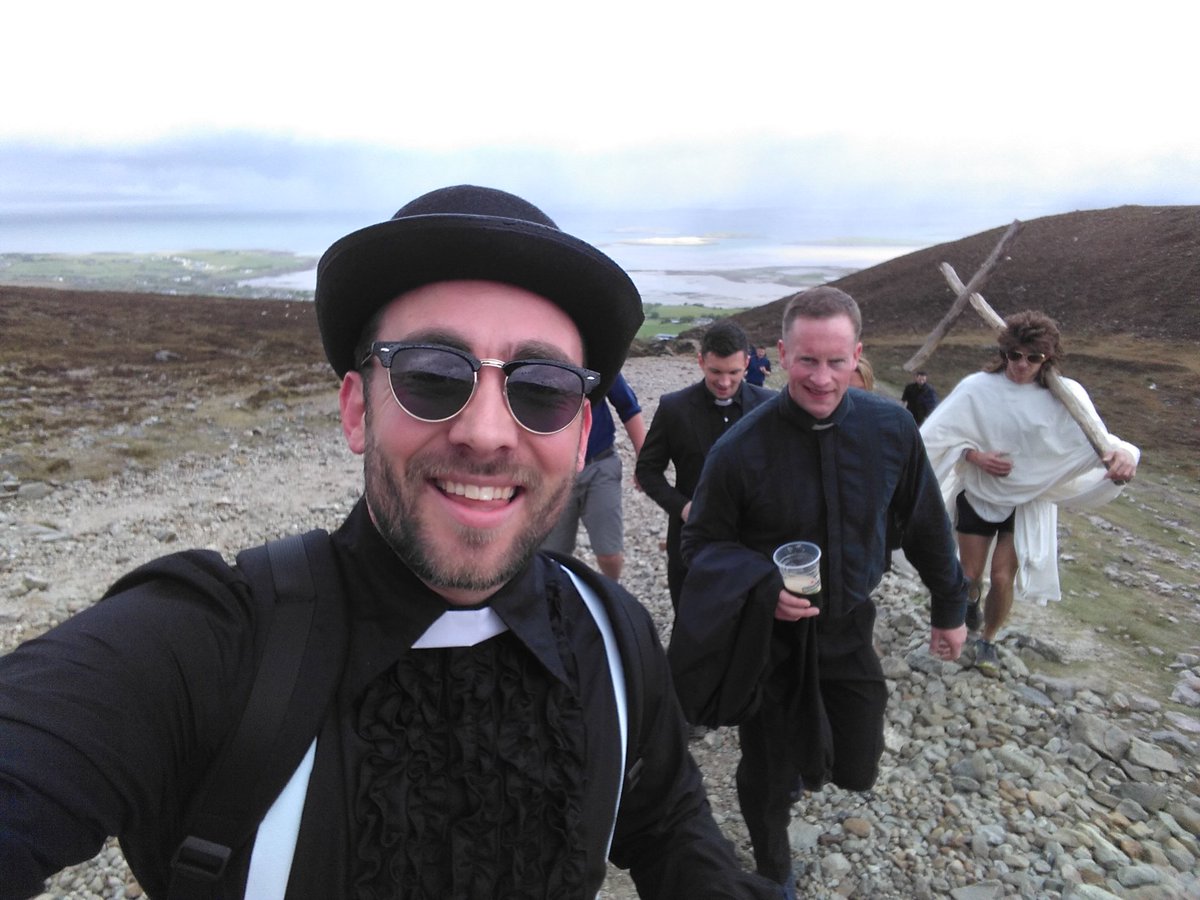 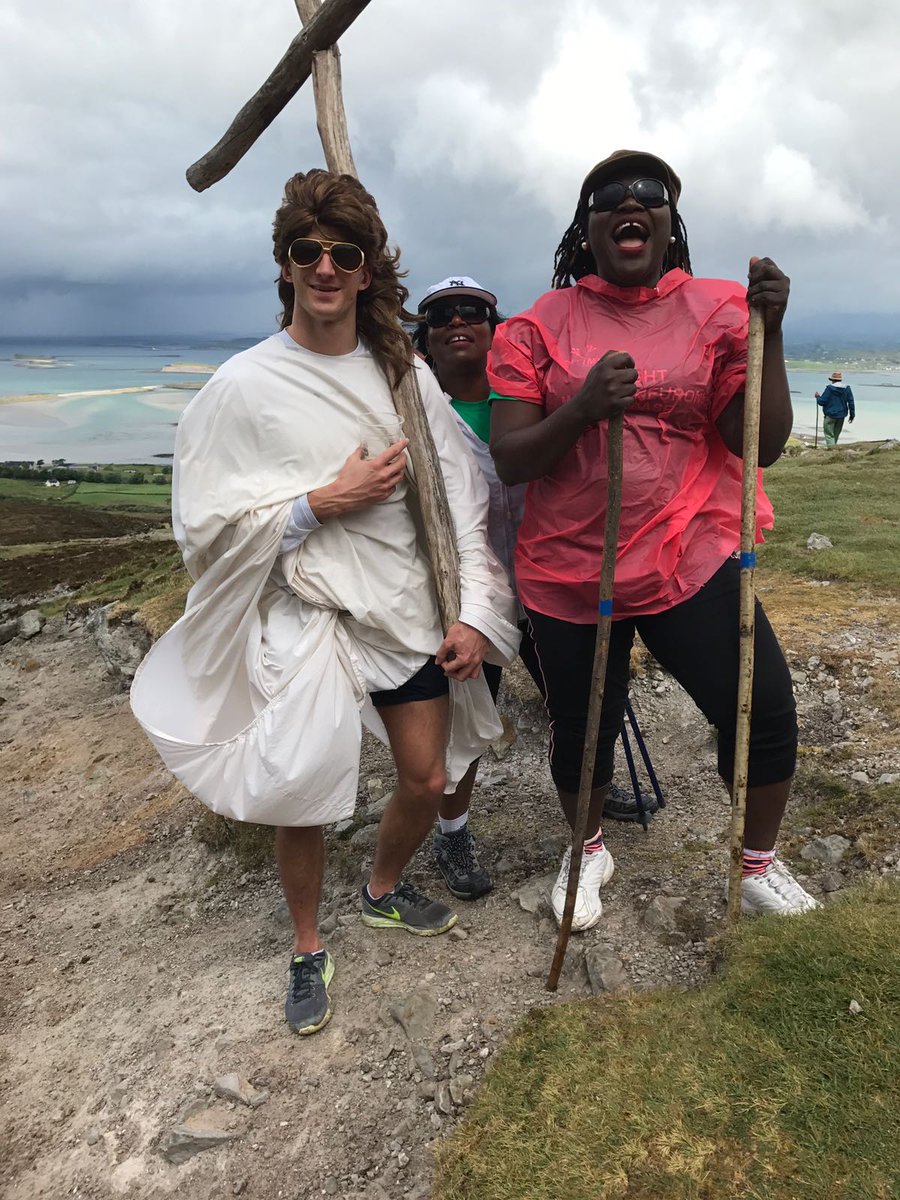 By the time they got to the top, at least six of them were still standing; the lure of the church at the top was seemingly strong enough to keep them going on what is a pretty difficult trek to the summit. 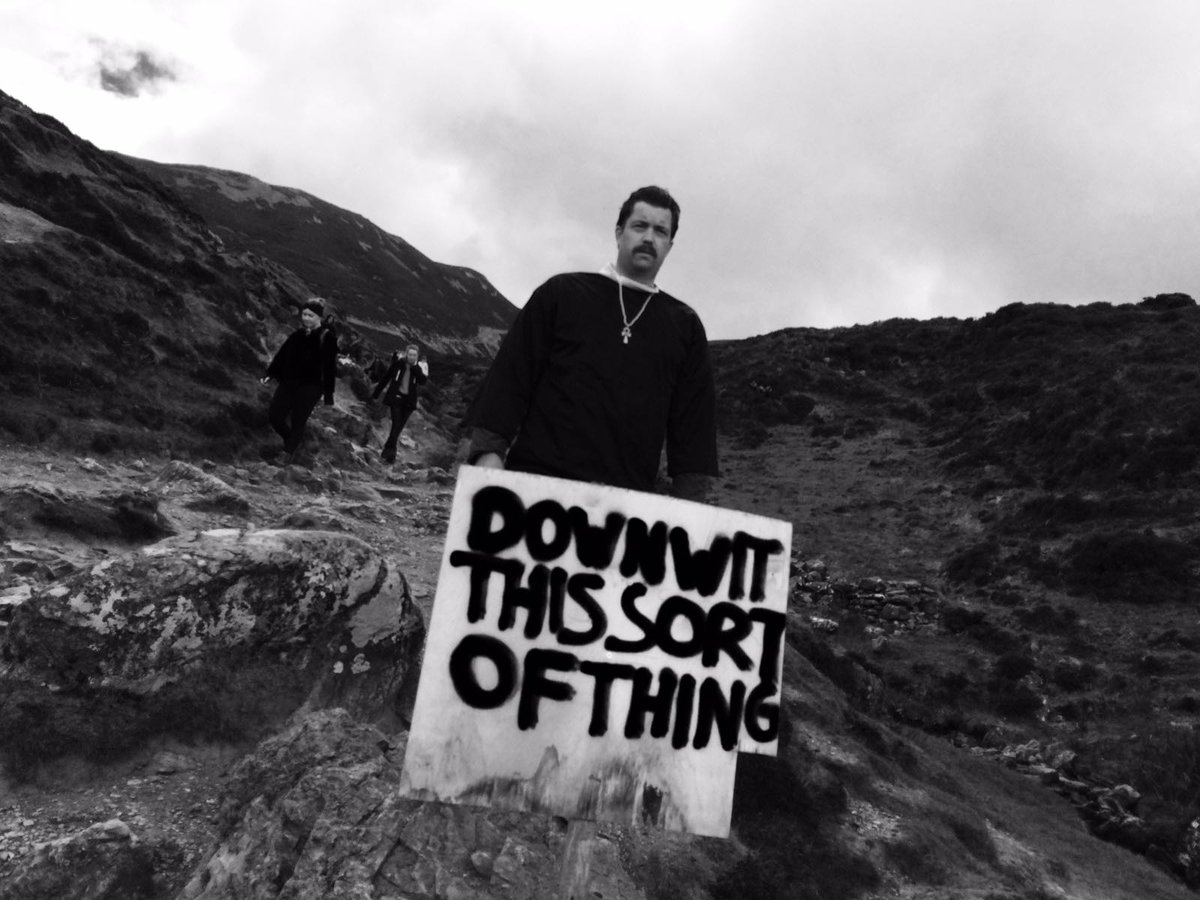 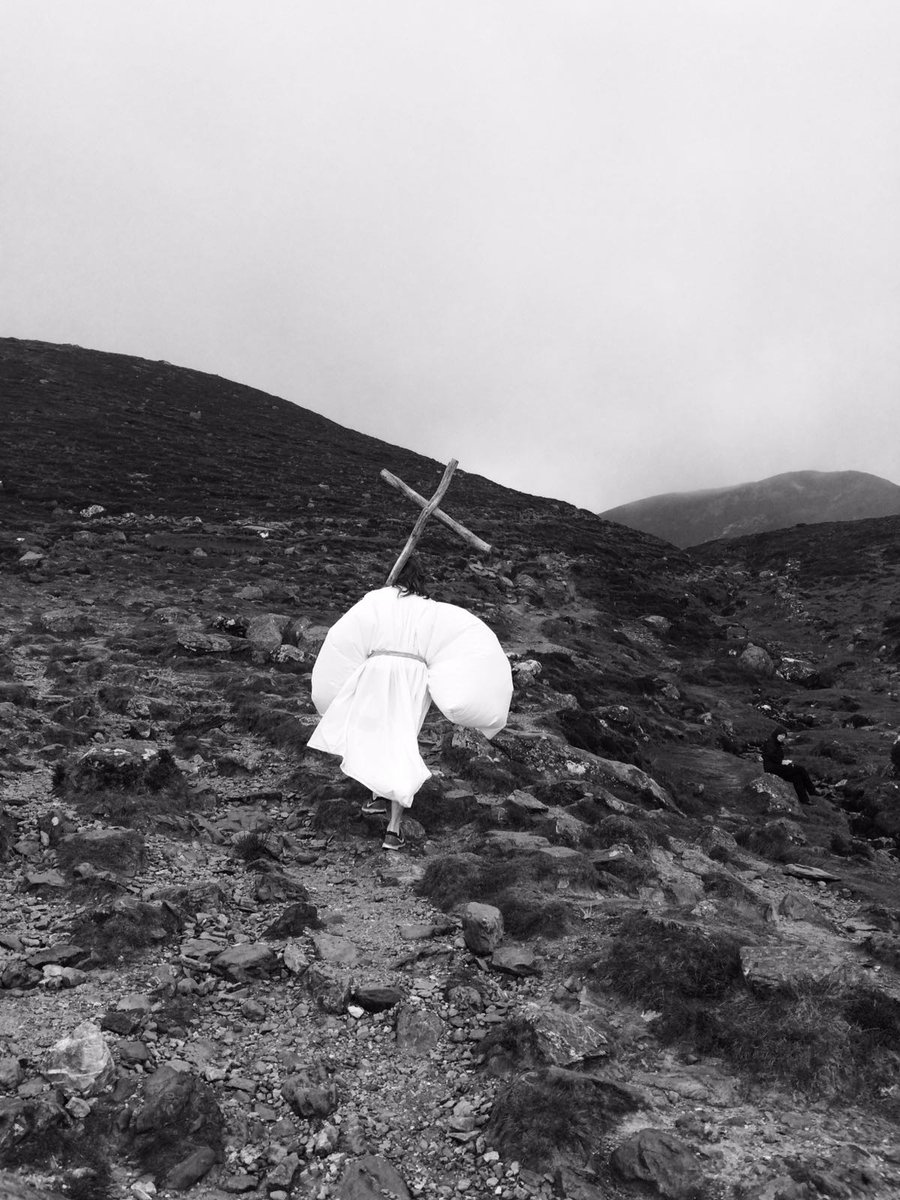 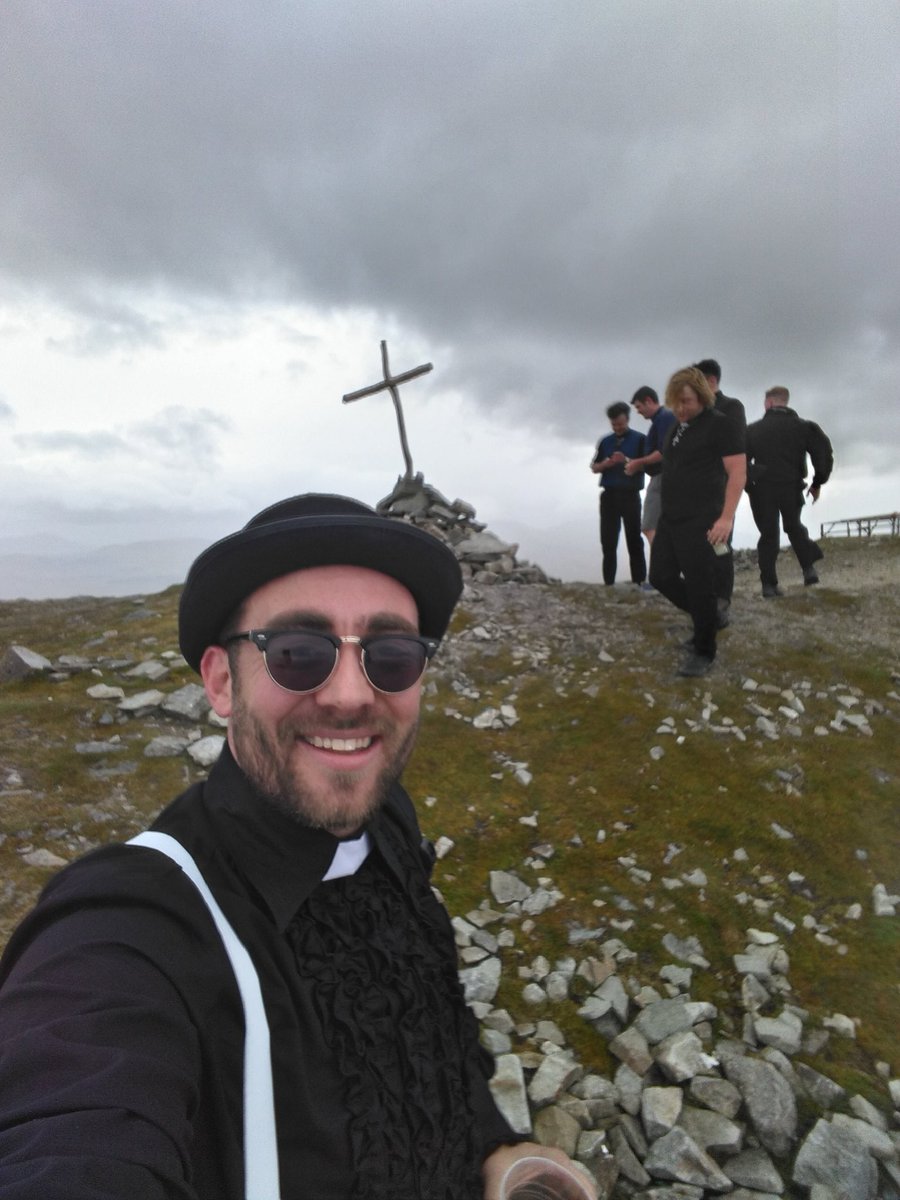 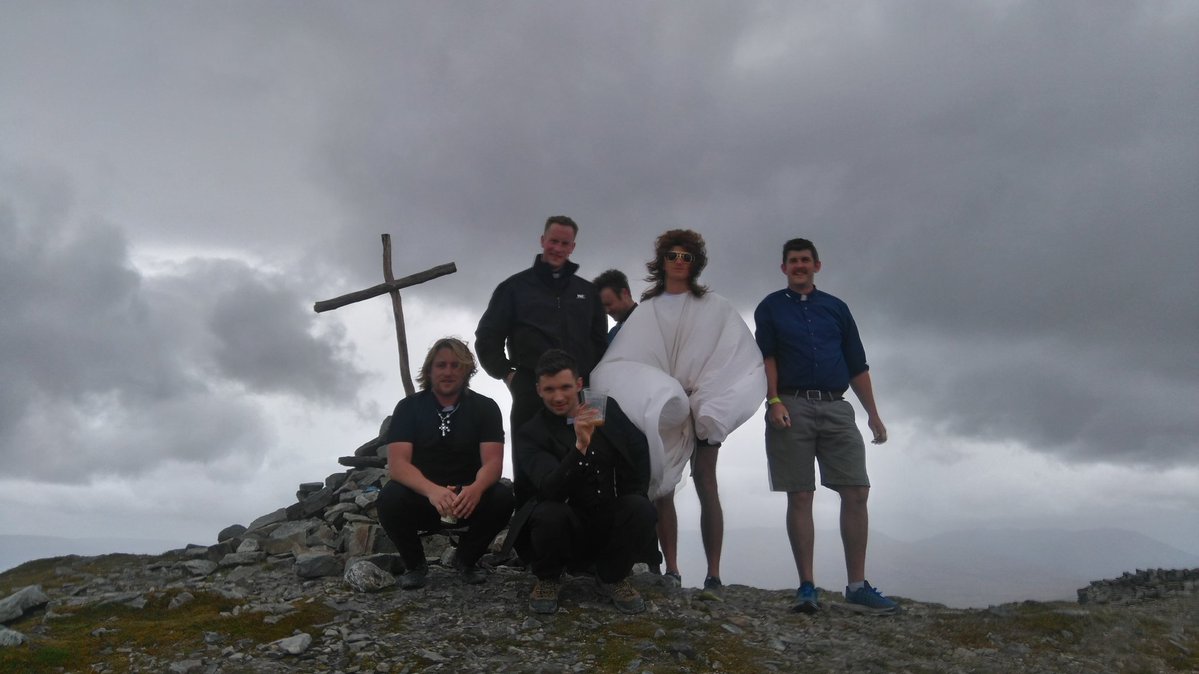 END_OF_DOCUMENT_TOKEN_TO_BE_REPLACED

Troy tells us that they couldn’t make it to Tedfest earlier on in the year so they decided to climb Croagh Patrick instead; you'll be glad to know they all made it safely to the bottom.

No word on whether there was even a limited supply of free drink... 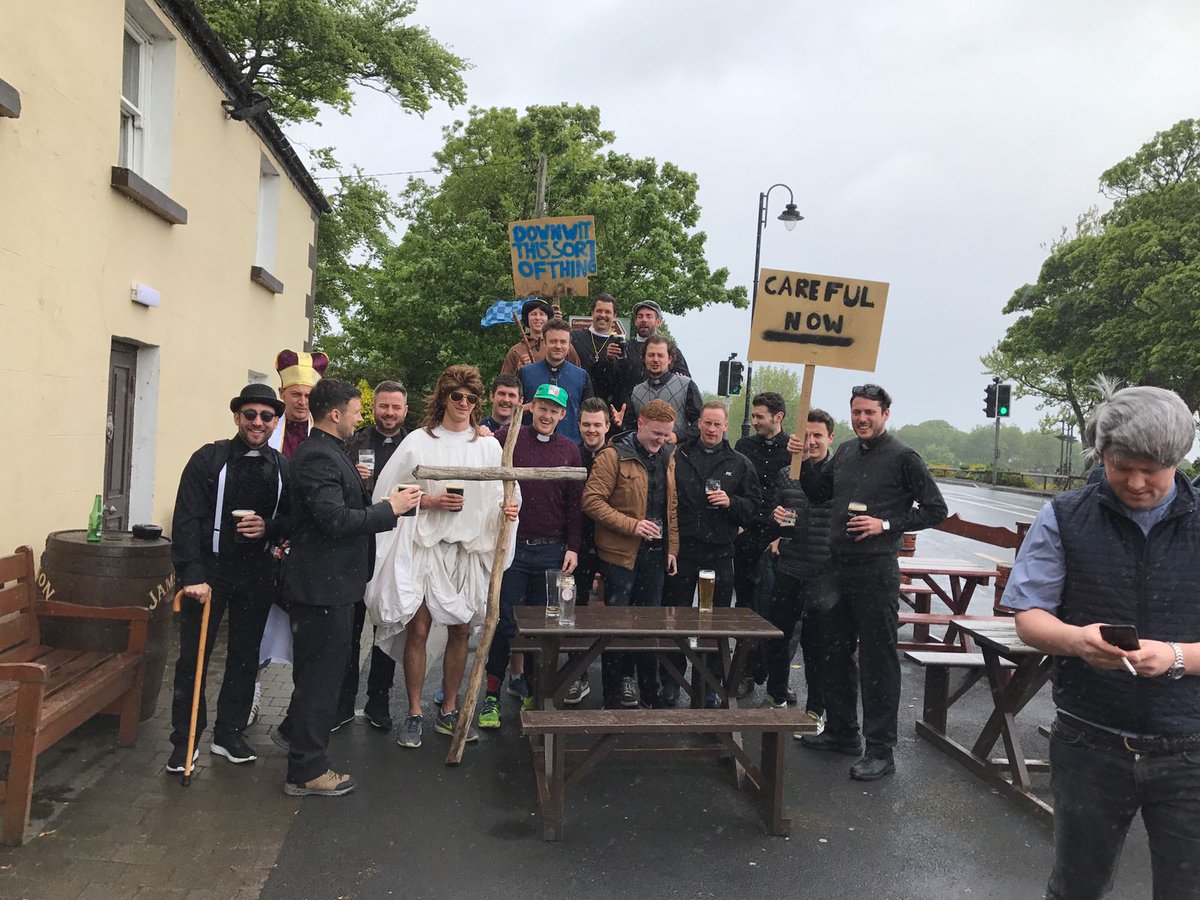 All pictures via Twitter/Troy McNamara

Thankfully, they also seemed to avoid the type of falling out encountered by Ted and Dougal when they last visited a significant national landmark…

Cheers to Troy McNamara for sending this our way. Got a story for JOE? Hit us up on Facebook or Twitter or mail editorial@JOE.ie.

The Big Reviewski || JOE · The Big Reviewski with Ray Liotta, Goodfellas facts & Tom Hanks making us cry
popular
The 50 most iconic songs of all time* have been revealed
Jason Byrne forced to cancel tour dates due to a heart condition
The JOE Friday Pub Quiz: Week 262
BBC reporter Phil McCann responds after going viral
The five best true crime documentaries to watch on Netflix this weekend
PICS: The man with the biggest penis in the world has one unbelievable problem with it
Melissa McCarthy's most-overlooked comedy is available to watch at home this weekend
You may also like
1 day ago
The 10 must-watch new (and old) arrivals on Disney+ this October
2 days ago
The Sopranos prequel and 5 more movies and shows to watch this week
3 days ago
Disney announces incredible line-up of premieres for upcoming Disney+ Day
5 days ago
Midnight Mass review: Netflix's new series is a slow-burn drama ending in all-out horror
1 week ago
The Ultimate Dwayne "The Rock" Johnson Quiz
1 week ago
Gunpowder Milkshake has the makings of a perfect Friday night movie
Next Page