Here are some facts about the housing market in Dublin.

The latest twist in the tragedy that is Dublin's housing market serves only to compound this series of unfortunate events. 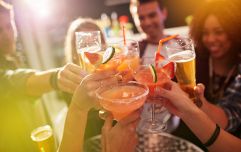 END_OF_DOCUMENT_TOKEN_TO_BE_REPLACED

Bartra Capital Property is planning to build a five-storey "co-living" complex in the coastal Dublin town of Dun Laoghaire. In this case, "co-living" means one kitchen between 42 apartments. The spaces cannot be called apartments.

They are bedrooms, measuring 16.5sqm. Instead, they are being referred to by a more accurate and post-apocalyptic name - "living units" - which sounds like what the robots in the Matrix would call the human bodies that they used to harvest energy. The entire complex will house 208 people. There will be five kitchens. That's 41.6 people per kitchen. Each living unit is expected to cost €1,300 a month.

Went to view a house today in Drumcondra, one of the cheapest on the market for what you're getting. There was approximately over 100 people waiting on the street to get in and view it, mostly student's. If this doesn't exemplify Ireland's housing crisis, I don't know what will. pic.twitter.com/b2zmfNG3nV

A spokesperson for the Department of Housing told JOE that the new apartment guidelines, published in 2018, "in no way represent a lowering of standards". It is hard square this with the 42-bedrooms-per-kitchen model.

If An Bórd Pleanála is to approve this proposal, then we can expect more plans like this one. Which, of course, was the intention of Housing Minister Eoghan Murphy when he rewrote the rules for building standards.

The Minister for Housing is specifically precluded from exercising power or control in relation to any particular case with which a planning authority or An Bord Pleanála is or may be concerned, so no comment was given on this specific development. 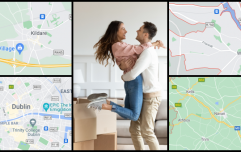 END_OF_DOCUMENT_TOKEN_TO_BE_REPLACED

Speaking about the proposal, Ciaran Cuffe of the Green Party said: "It provides an insight into the prospect of a dystopian housing market driven by profit and greed.

"I suspect that even the communal living apartments of Soviet Russia had more generous spatial standards than are apparent in this planning application."

Hey, at least in Soviet Russia it was free.

The planned development has been met with plenty of online derision, particularly from young people, who see it as yet another sign that affordable housing will remain out of their grasp for the foreseeable future.

The young buyers of Ireland are shivering and scared like Simba from the Lion King, while the Fine Gael government is Uncle Scar, telling them to "run, run away and never return". And just like Scar, they're hiding the dirty secret that they're the ones who killed Mufasa in the first place. I've lost the run of myself somewhat here, but in this allegory, Mufasa represents the housing market.

END_OF_DOCUMENT_TOKEN_TO_BE_REPLACED

But this is perhaps the most misunderstood element of the Fine Gael philosophy. They are not trying to solve this problem. They don't even believe that there is a problem. The rules they have written were designed to facilitate exactly this kind of development.

The Department of Housing told JOE that "these niche, shared living projects are not envisaged as an alternative or replacement to the more conventional apartment developments". And yet, on the exact site proposed for this co-living project, there had been a proposal for 52 "conventional apartment developments". Or "apartments" as they were known in the halcyon days of people being able to live places.

If you are in anyway misled about Fine Gael's attitude towards Irish society, and whether or not it's going according to plan, examine the public remarks of Leo Varadkar.

Last week, the Irish public was treated to a particularly egregious example of Varadkar's dismissive nature, when he cast doubt over the testimony of four state pathologists that dead bodies had been left on trolleys in Waterford hospital. In that case, even Varadkar knew he'd crossed the threshold of acceptability and tendered a rare apology. 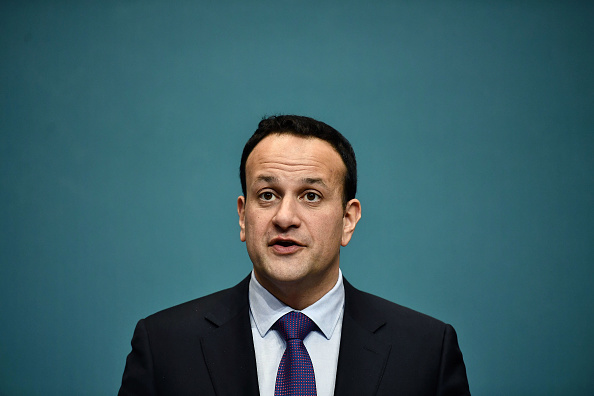 The horrendous overcrowding of Ireland's hospitals is known by every single person in the country. And yet, faced with this information, Varadkar sank into denial.

Even during a guest appearance on Operation Transformation, when the 40-year-old Varadkar was told he had the metabolic age of 53, he immediately shot back: "Surprised to hear that, kinda wondering about the science."

As things stand, Fine Gael is ploughing ahead with a National Broadband Plan that they have been advised against on the grounds of "affordability, value for money and risk". They occupy an evidence-free world where all that matters is that independent contractors have as much room to manoeuvre as possible, while the rest of us share a kitchen with 40.6 other living units.

These examples hearken back to a moment early in Leo's premiership. Faced with the growing homelessness numbers in late 2017, the Taoiseach remarked: "We are actually a country by international standards compared with our peers that has a low level of homelessness" — painting the case that homelessness should only be viewed in terms of how we compare to other countries, rather than the cold, hard facts of 10,000+ people on the streets.

And even so, Varadkar's argument was incorrect. Ireland has a higher rate of homelessness per capita than Spain, Italy, Canada, Greece, Austria, Netherlands, the US, Denmark, Norway, Finland and many other comparable, developed, western countries. And the rate only increases.

Similarly, the Department of Housing's argument to JOE in favour of co-living is that "it is working well in other countries".

Another example of a PR-obsessed regime with no interest in solving the problems of real people - rather making those problems look solved. Always talking about "taking steps" and "implementing measures" while the threat of co-living looms over the city.

Co-living might be more profitable for developers. But people are much happier just living. Let's go back to that.

The Big Reviewski || JOE · The Big Reviewski with Dune, a mini-Hangover reunion & the best of Timothée Chalamet
popular
One of the best thrillers of the decade is among the movies on TV tonight
The full list of all the new shows and movies coming to Netflix in November
The JOE Movie Quiz: Week 125
Vin Diesel walked Paul Walker's daughter down the aisle
PICS: The man with the biggest penis in the world has one unbelievable problem with it
The 50 most iconic songs of all time* have been revealed
The cast of Succession on the most ridiculously expensive scene in the show
You may also like
1 day ago
WATCH: Massive queues in Dublin as nightclubs finally reopen
2 days ago
Dublin museum voted Europe’s leading visitor experience... again
1 week ago
Investigation launched after window smashed at Canada Goose store in Dublin
1 week ago
Emergency services rush to high-rise building on fire in Tallaght
1 week ago
Motorcyclist in his 20s dies following two-vehicle collision in Dublin
1 week ago
Two men arrested and firearm seized during search operation in Dublin
Next Page