If it doesn't fit, don't force it.

Anything that involving that area is sacred and the thought of hurting it in any sort of way makes us cry like little tiny babies.

And if we did actually hurt it, we would probably have to take the year off work. 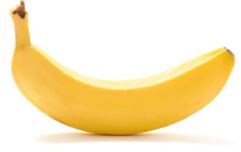 END_OF_DOCUMENT_TOKEN_TO_BE_REPLACED

This, however, is a different sort of animal altogether.

They took to their Twitter account to ask men to stop fitting penis rings that were not suitable for them adding that they had to attend to houses where men could not remove their penis rings after a sexual act.

It's a series of events that they're calling 50 Shades of Red.

They tweeted: "And #50ShadesofRed incidents are on the rise. If it doesn't fit, don't force it." 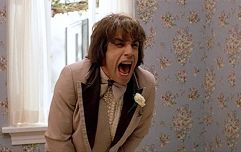 Man gets penis stuck in free weight in the gym, firefighters break out the hydraulic saw

END_OF_DOCUMENT_TOKEN_TO_BE_REPLACED

Apparently, since the release of the first and second 50 Shades movies, incidents like these have sky rocketed around London.

London Fire Brigade Director of Operations Dave Brown said: "We're pleased that fewer people are getting themselves stuck in difficult situations and reducing call outs, however, it seems the Fifty Shades of Grey effect is still leading to some call embarrassing call outs.

"I'd like to remind everyone that 999 is an emergency number and should only be used as such. If there's a genuine emergency, fire crews will of course attend and will be on the scene to help within minutes."

Dave Brown continued: "If the ring doesn't fit, don't force it on.

"As well as being painful, you could end up wasting emergency service time if you have to call us out."

popular
One of Keanu Reeves' best movies has just been added to Netflix
The JOE Movie Quiz: Week 131
QUIZ: Do you reckon you can get 15/15 in this General Knowledge Quiz
A terrific crime thriller is among the movies on TV tonight
QUIZ: Can you get full marks in this General Knowledge Quiz?
The JOE Friday Pub Quiz: Week 272
"Clear as daylight" that unvaccinated people are a risk to themselves and others - Taoiseach
You may also like
4 years ago
80% of men have admitted to taking part in this new grooming craze for their manhood
5 years ago
New study suggests penis size does matter, we repeat, DOES matter to women
5 years ago
VIDEO: There's a man dressed as a giant penis walking through Dublin City Centre right now
3 weeks ago
Who started the 'plant one tree for every pet picture' trend on Instagram?
3 weeks ago
Portugal has made it illegal for your boss to text you after work hours
3 weeks ago
This 'Buy Now, Pay Later' service will make Christmas shopping a LOT easier
Next Page