Five of the most ridiculous things Kanye West has ever said...

Kanye West, the self proclaimed musical genius/Jesus, recently got into a Twitter spat with Jimmy Kimmel, so we’ve decided to take a look at some of stranger things that Kanye has ever said. Well, stranger than what he said to Kimmel...

Since joining Twitter, Kanye West has racked up nearly 10 million followers (most of whom are probably there for just his rants) and he’s certainly had a lot of interesting things to say to them. His most recent outburst came after Jimmy Kimmel parodied Kanye on his show, which you can check out here.

So in honour of Kanye's most recent Twitter meltdown here are five of the stranger things the rapper has come out with (sadly, some of Kanye’s tweets have since been deleted, but thankfully the text from those tweets live on). Much like his genius will in the afterlife... if you listen to him, obviously.

5. It’s probably one of his more infamous quotes, but back in 2005 after Hurricane Katrina hit the US, Kanye said the following on live TV: “George Bush doesn’t care about black people.”

It shocked a lot of people, especially Mike Myers.

4. Twitter: "How much is a shit load exactly? I’m assuming it’s more than a piss load."

This is coming from a guy who calls himself a ‘genius’.

3. Remember when Kanye stormed the stage at the MTV VMAs? Taylor Swift remembers…

2. One of Kanye’s all time greatest tweets has to be: “I have to dress Kim everyday so she doesn’t embarrass me.”

Not only is that disrespectful to his missus, but judging by the pic below it’s also a lie. A big, heavily pregnant, lie… 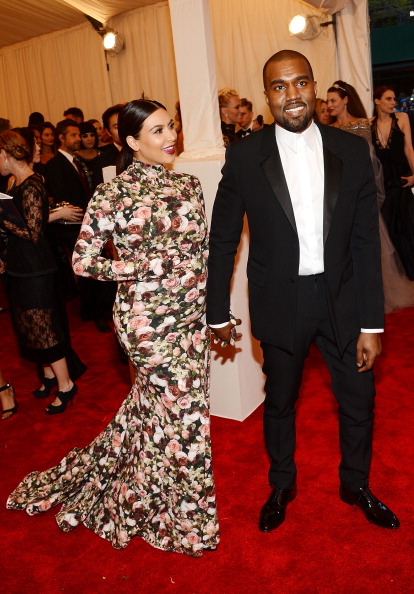 1. While speaking to VH1 Storytellers back in 2009 Kanye said: “I do have an ego and rightfully so. I think people should have an ego. Think about it – I don’t offend people, I don’t put anyone down. Do I name names or bring people down? That’s not my thing. But I give myself big-ups. I feel good about the music I make. God chose me. He made a path for me. I am God’s vessel.

But wait, there's more... Kanye then went on to say: “But my greatest pain in life is that I will never be able to see myself perform live.”

END_OF_DOCUMENT_TOKEN_TO_BE_REPLACED

Just let that sink in…

So there you have it, Kanye’s latest Twitter spat with Jimmy Kimmel is pretty tame compared to some of the funny, ridiculous and utterly arrogant things he has said in the past.

We'll leave you with one of our personal favourite Kanye West moments... South Park's 'Gay Fish'.

The Big Reviewski || JOE · TBR Spotlight: Loki - Episode Two - 'The Variant'
popular
Irish employers urged to introduce four-day working week for employees next year
Leo Varadkar told he has "seen the light" after being "an enthusiastic Tory fiscal conservative for his entire life"
The Ultimate Robert De Niro Quiz
NPHET member warns 5 July indoor dining reopening could be "a recipe for problems" amid Delta variant concerns
A Murder in West Cork review: New doc series fixes one of Netflix's biggest problems
Public warned about another sophisticated phone scam doing the rounds
QUIZ: Name all the counties of Ireland that contain 3 vowels or more
You may also like
6 years ago
Tweet of the Day: This Vincent Browne picture wins all the prizes
6 years ago
Pic: Brian O'Driscoll's first piece of advice for his new son Billy is spot on
6 years ago
Tweet of the day: There's a beautifully succinct dig at Irish Water in the Irish Times today
6 years ago
Pic: Nicklas Bendtner puts Gary Lineker back in his box with great response to Twitter slagging
6 years ago
Vine: Cian Healy recalls the time he bulldozed Richie McCaw in a very appropriate response to a Conor McGregor tweet
6 years ago
We shouldn’t be getting a kick out of Michael Owen’s miserable travel experiences this morning, but we are
Next Page