People online are doing the "Florida Man" challenge, and the results are wild

One of the stranger online challenges we've seen, and that's saying something.

In the past, we've seen a great number of online challenges take the internet by storm and go viral.

END_OF_DOCUMENT_TOKEN_TO_BE_REPLACED

And this definitely falls into that third category.

People online are typing their birthdays into Google, preceded by the words "Florida Man", and the results show a news headline from the state of Florida from that day.

And the results are wild.

For some reason, there seems to be an absolutely bizarre news story about a "Florida Man" for each of the 365 days of the year.

We can only hope and pray that it's not the same man every time.

For example, typing in my birthday alongside the words "Florida Man", returned the following news story... 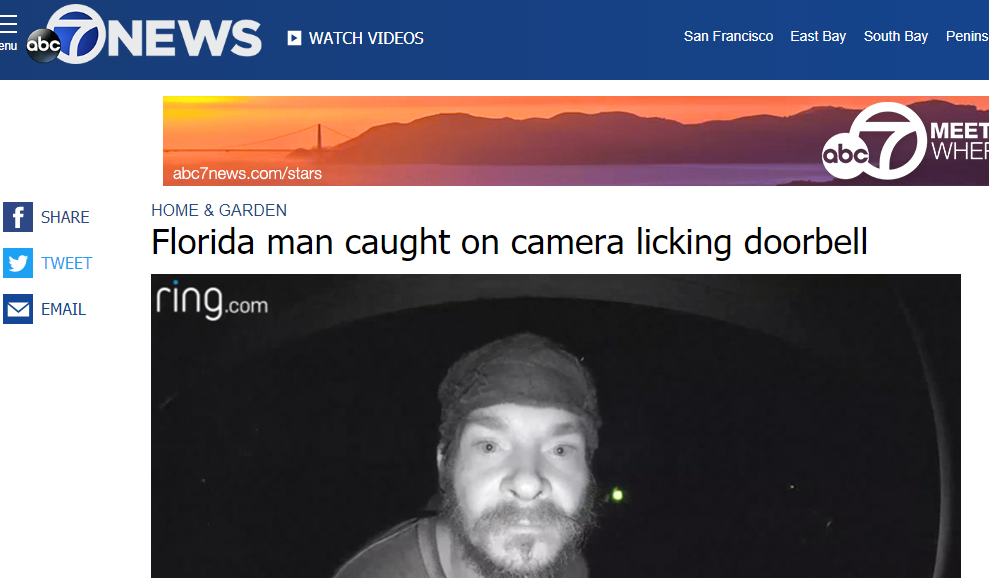 Or another date at random, let's say 12 November... 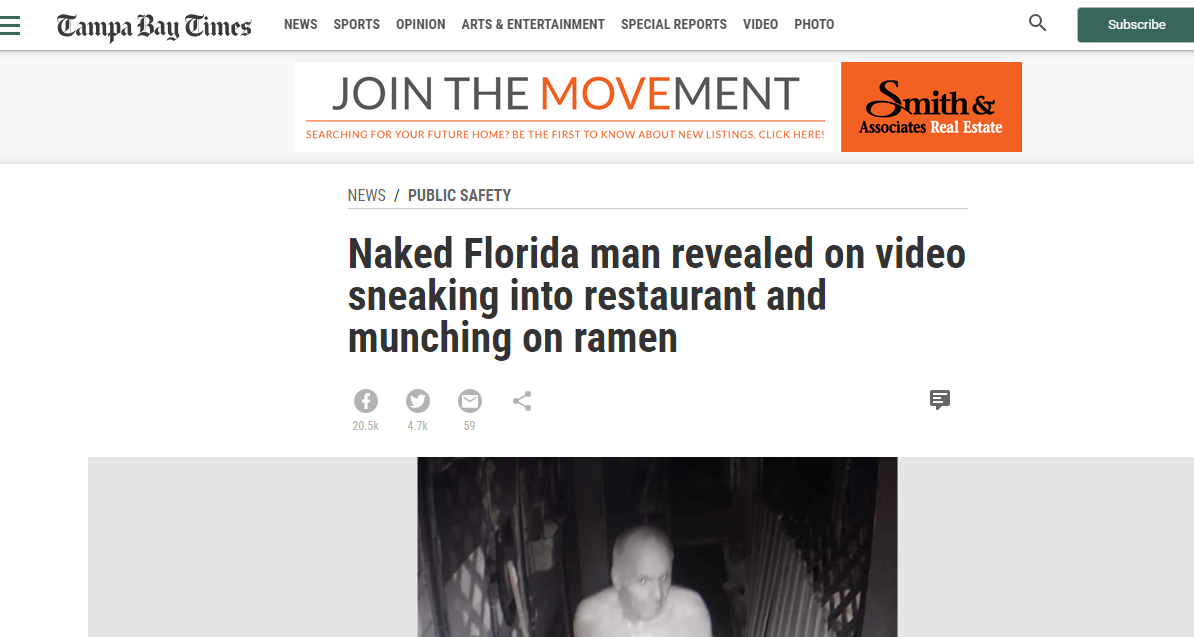 There is literally one for every day of the year.

We're sure this doesn't represent all of the 21 million people who live in The Sunshine State, but some of you have some explaining to do nonetheless.

The Big Reviewski || JOE · Colm Meaney & his Pixie co-stars on deadly gangster priests, Irish accents & pickled onion crisps
popular
The JOE Friday Pub Quiz: Week 220
Harry Styles hits back at critics who told him to be more 'manly'
The 50 most iconic songs of all time* have been revealed
The JOE Movie Quiz: Week 80
Status Yellow snow warning issued for five counties
Here's Week 58 of JOE's 19 in 90 quickfire quiz
What the hell is 'Stomp and Holler', and why does Spotify insist that you love it?
You may also like
1 year ago
25 of the funniest tweets you might have missed in October
1 year ago
WATCH: RTÉ raised their game with their Halloween reporting on Thursday
1 year ago
Four Irish entries in Cosmopolitan's top 30 most swiped Tinder accounts in Ireland and the UK
1 year ago
WATCH: Referee forgets his whistle and has to use a harmonica instead
1 year ago
WATCH: American comedian's reaction to Gaelic Football captures the madness of the sport
1 year ago
WATCH: Man scales down the side of a building as it catches fire
Next Page