It took three hours to clean up the mess.

A woman was left shocked after a fox crept into her family home, trashed the kitchen, took a rest on the countertop and then refused to leave.

Emma Slade had left the door open in the early hours to let her dog into the garden. 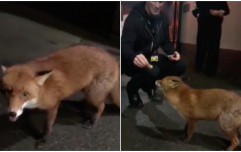 WATCH: Pub in Offaly had a special customer trying to gain entry on Saturday night

END_OF_DOCUMENT_TOKEN_TO_BE_REPLACED

The 39-year-old heard banging through the night and thought it was her daughter returning home, but was confused when she found the kitchen covered in rubbish the next morning.

The mum-of-three discovered the bins were toppled over, the laundry was on the floor, and there was a pile of poo.

The cleaner was ready to blame the dog until she spotted a cheeky fox was the culprit - and was calmly curled up on the countertop, in Canvey Island, Essex.

It took three hours to clean up the mess after her daughter's boyfriend, Mason, bravely picked up the fox and carried it outside, last Friday. 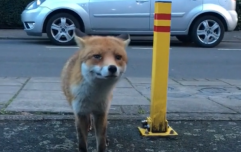 WATCH: This is probably why most people don't try to buddy up with foxes

END_OF_DOCUMENT_TOKEN_TO_BE_REPLACED

Emma said: "Next time I hear banging in the night I might get up and check! I thought it was my daughter and her boyfriend coming in, but it was actually a fox!

"I was quite scared at first, but it didn't even flinch or want to move at all.

"The door was closed when I came down in the morning so it must have blown closed in the night and the fox had gotten stuck."

Unfortunately for Emma, in a probable attempt to escape, the fox had trashed most of her kitchen. 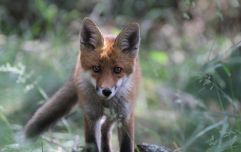 PIC: Man in London wakes up after a big night out to find a fox 'trying to pull his trousers off'

END_OF_DOCUMENT_TOKEN_TO_BE_REPLACED

She said: "There was no real damage but all the washing was on the floor, bins on the floor and a lot of poo!

"There were flowers all over the sofa. It took three hours to clean up everything.

"I'm not the biggest fan of foxes as the night I moved in my rabbit was eaten by a fox, so maybe it's the same one."

Emma posted a video of the encounter online and was told to call the RSPCA.

But her daughter's boyfriend Mason was on hand to remove the lost fox and put it back outside.

popular
Jackass star Bam Margera reportedly hospitalised with pneumonia and put on ventilator
The JOE Friday Pub Quiz: Week 324
The "eighth best movie ever made" is among the movies on TV tonight
A Place In The Sun's Jonnie Irwin takes son to see Santa after terminal cancer diagnosis
One of the best films of all time is among the movies on TV tonight
Jennifer Lawrence sparks controversy by saying she was the first woman to lead an action movie
Mia Khalifa claims seaside town is better than Miami
You may also like
3 years ago
Disney closes $71 billion deal to buy 21st Century Fox
3 years ago
Agony prolonged as The Simpsons renewed for another two seasons
4 years ago
Disney confirm Marvel will take over the X-Men movies following a merger with Fox
4 years ago
Rejoice, for Justin Timberlake has invented a new game show
4 years ago
Three of the biggest surprises of Deadpool 2 have been explained, including how they landed THAT cameo
4 years ago
The problem with Deadpool 2 is the same thing that made the first movie so great
Next Page