Gallery: Here’s a look at the Geneva Motor Show 2014 so far…

The 84th International Geneva Motor Show kicks off today for media representatives, so here’s a look at some of the cars and concepts that are currently on display.

The Geneva Motor Show will officially open its doors to the public this coming Thursday March 6 but, as always, the show has kicked off a few days early so that the motoring journalists and photographers alike can get the scoop.

There are plenty of concept cars on show that give us an idea of where the future of car design is heading and there are also some extremely cool tech and accessories displays too. We’ll be bringing you updates throughout the Geneva Motor Show, but for now check out the pics in the gallery above. 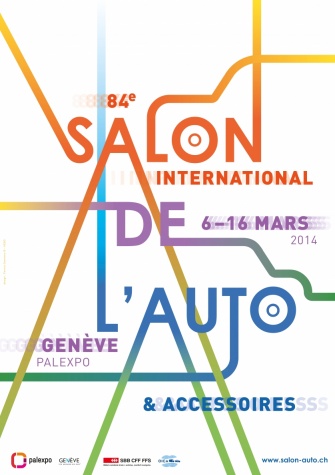 
Open gallery
popular
People want "offensive" Crown Paints advert banned after attracting hundreds of complaints
Arrest made after shop robbed at knifepoint in Dublin
Here's how to make €9-11 on Revolut in just a few minutes
QUIZ: Can you identify the famous song from the opening line?
Man arrested on suspicion of the murder of Irish man in London
New car-free town with population of 85,000 set to be built in Dublin
QUIZ: Can you name all the countries beginning with A?
You may also like
1 day ago
QUIZ: Can you correctly identify these classic cars?
2 months ago
Aldi reveals locations for 41 new electric vehicle charging points throughout Ireland
2 months ago
It costs an average motorist an extra €750 to fill a petrol car compared to last year
4 months ago
QUIZ: How many of these questions on the Driver Theory Test can you answer correctly?
7 months ago
QUIZ: Can you guess the meanings of all these dash symbols from your car?
8 months ago
These were the most viewed cars in Ireland
Next Page
Life | 8 years ago
7
shares

Gallery: Here’s a look at the Geneva Motor Show 2014 so far…