Wanting some fashion tips? Then follow in the footsteps of this guy.

GQ left the decision in the hands of the public for Best Dressed Man of 2018.

A few months back, they announced that John Legend was the most stylish man of the year in their annual awards ceremony, but when it came to the public poll, the legend that is Legend only managed to make it to the semi-finals: 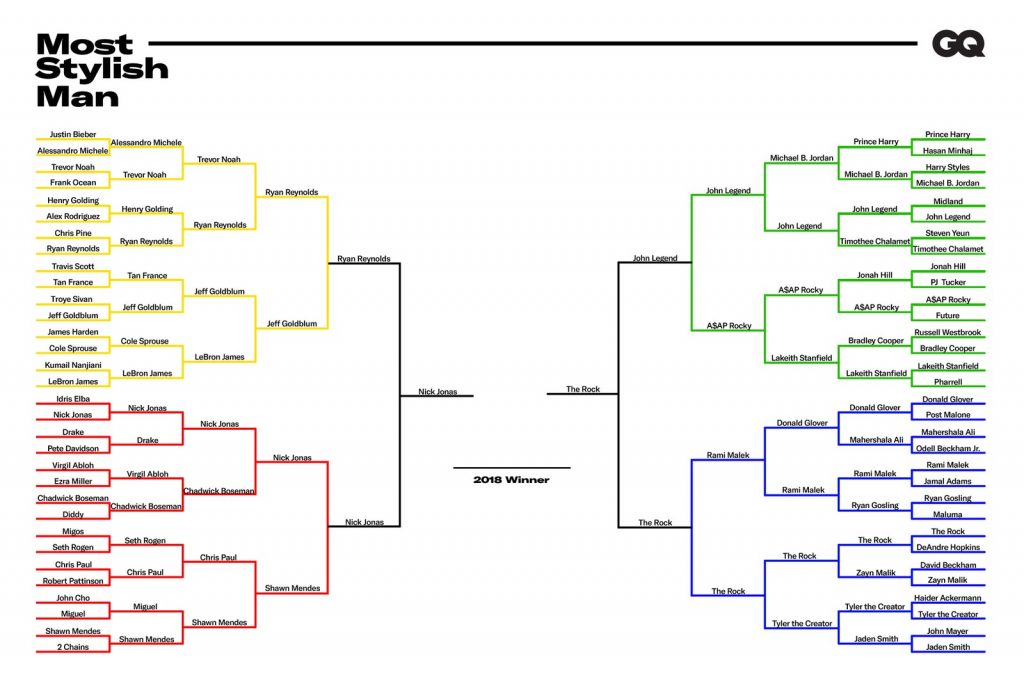 END_OF_DOCUMENT_TOKEN_TO_BE_REPLACED

You can follow that through to see the Legend knocked out the likes of Timothee Chalamet, ASAP Rocky and Michael B. Jordan on his way through the ranks, before being defeated by The Rock, who went into the overall final with his Jumanji co-star Nick Jonas.

Meanwhile, Jonas defeated Shawn Mendes, Chadwick Boseman, Drake, and Idris Elba (?!) to make it to the final, and just before the final results were announced, The Rock actually threw in the towel!

The @GQMagazine’s Most Stylish Man of 2018 comes down to big newlywed @nickjonas and the big, brown, bald dude - who’s divorced. Cue my Sinatra and kindly pour me a double, f*ck it Im going dark 😂🥃https://t.co/nas82aYrEJ

Probably for the best, as the poll has closed with Jonas winning the vote by a whopping 86% to 14%.

Something that Jonas took no time to point out, and The Rock had no problem responding to:

Famous people problems, am I right??

popular
QUIZ: You'll need to be razor-sharp to get 100% in this General Knowledge Quiz
The JOE Friday Pub Quiz: Week 307
The JOE Music Quiz: Week 117
An exciting Irish crime thriller is among the movies on TV tonight
Shooting stars set to light up Ireland's skies this weekend
James May reportedly hospitalised after crashing into wall at 75mph filming new show
Record for hottest August day in Ireland ever has now been broken
You may also like
8 months ago
Penneys to create 700 jobs over new investment and store
2 years ago
New Irish fashion label seeking ‘burly’ male model to be the face of the brand
2 years ago
Aer Lingus unveil brand new uniform for flight attendants
2 years ago
Nine outfits you have definitely seen men wear on a night out in Ireland
3 years ago
These 'shoe condoms' could be just what you need this festival season
3 years ago
PICS: The new male and female Garda tracksuits will be a big hit this summer
Next Page