Not good news for anyone trying to get around.

Luas have confirmed that all the stops between Ballaly and Brides Glen on the Green Line are out of action until tomorrow, due to a "power failure."

The affected stops comprise roughly half of the entire route, and the issue has been causing problems for passengers since around midday today. 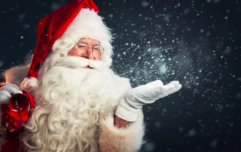 END_OF_DOCUMENT_TOKEN_TO_BE_REPLACED

Until the stops are functioning again, there is an alternative bus service serving affected stops between Brides Glen and Balally.

In a statement issued on Saturday, Luas said: "A number of faults have been identified and it will therefore take time to rectify the service.

"It has been decided that normal service will not resume in the area until tomorrow morning, Sunday the 29 December, in order to allow our maintenance teams to resolve the issue as safely and in as timely a manner as possible."

At the moment, Green Line services are only running between Broombridge and Balally, with a frequency of every 8-10 minutes.

Green Line update: Service between Balally and Brides Glen will not resume until tomorrow, 29th December. A replacement bus service will remain in place for the duration of today. Please see https://t.co/GkL4FmFo1J for more information.

House of Rugby Ireland · Munster's nail-biting win, European games in doubt and Darren Cave interview
popular
QUIZ: Can you correctly identify these European country flags?
QUIZ: Can you guess the drink from its can?
Recall of Pedigree dog food over safety concerns
QUIZ: Can you pass your driving test and guess the meaning of all these road signs?
The JOE Friday Pub Quiz: Week 226
The 50 most iconic songs of all time* have been revealed
The JOE Movie Quiz: Week 84
You may also like
4 days ago
Male and female teenager arrested after using imitation firearm and hammer in robbery at Dublin service station
1 week ago
Man arrested in Dublin after threatening woman with knife and driving off in her car
1 week ago
Underground Dublin car park evacuated due to fire
2 weeks ago
Man dies after being shot by Gardaí following standoff in Dublin
4 weeks ago
Man armed with a hammer robs cash in transit in Dublin, flees on bicycle
1 month ago
Wetherspoon's brand new €27.4 million pub and hotel in Dublin is now completed
Next Page