Handsome Burger claims the title as the best burger in Ireland

Handsome by name, delicious by nature.

Handsome Burger has fought off tasty competition from 500 burger outlets throughout the country to claim the title as the best burger in Ireland in 2019.

Obviously motivated by a second-placed finish in last year’s edition of the competition, a sizzling performance from Handsome Burger saw it jump to top spot this year, following a public vote of almost 20,000 people. Last year's winner, The Hungry Moose in Kilkenny, finished as runner-up this time around. 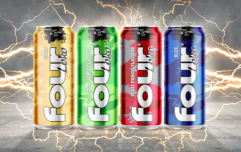 END_OF_DOCUMENT_TOKEN_TO_BE_REPLACED

Handsome Burger was announced as the overall winner on Wednesday by Kepak, sponsors of National Burger Day, which takes place on Thursday (20 June), along with a number of regional winners in a variety of categories.

Handsome Burger all started with two friends in Galway, Rory McCormack and Cathal O’Connor, tossing patties in a pop-up restaurant. Rory and Cathal brought their award-winning burgers to Dublin and opened at Eatyard earlier this year and say the secret to a winning burger is using only the freshest, local Galway produce.

Handsome Burger co-owner, Rory McCormack, said: “We are absolutely thrilled to be named the home of the best burger in Ireland – the award is all the more exciting having started the business as a pop-up restaurant only three years ago.

“We could never have imagined we’d be celebrating an award of this level so soon. We want to send a huge thank you to all who voted and especially to our loyal and local customers for their encouragement and support. It’s times like these that makes all of the hard work worthwhile!”

The full list of national and regional winners can be seen below.

Runners Up: The Hungry Moose, Kilkenny

Best national burger at a…

Most Creative: The Butcher Restaurant in Kilkenny

Northern Ireland: The Chippy in Limavady

Leinster: The Hungry Moose in Kilkenny

Ulster: The Hatch in Down

popular
Sinn Féin affordable housing bill passed as Government forgets to vote on its own counter-motion
10 bad movies that actually got good reviews when they were released
TV reporter rescues stolen dog live on air while reporting on its theft
Negative review of Shrek on its 20th anniversary sends Internet into meltdown
The 50 most iconic songs of all time* have been revealed
Aer Lingus to permanently close its base at Shannon airport
Leo Varadkar accused of "contradicting" himself every day over travel restrictions
You may also like
3 weeks ago
Fulfil launch new chocolate caramel protein bar... into space
4 weeks ago
Dunnes Stores recalls two popular products over possibility of undercooked chicken
4 weeks ago
Older adults recommended to avoid drinking strong tea during meals in new Irish study
2 months ago
QUIZ: Can you guess these famous burger joints by their burgers?
2 months ago
Two Irish food businesses were served with closure orders in February
2 months ago
Unregistered Irish food businesses more than doubled last year
Next Page