I don't believe in ghosts. But there is a ghost in my house

So. My childhood home is haunted.

I consider myself to be somewhat sane, big believer in science, love facts and tangible, unarguable reality, all that good stuff.

But for years, I lived in a haunted house. And for the last two weeks, my parents went on holiday, and I house-sat their haunted house and decided to see if I could, for lack of a better term, find the "source" of the haunting. 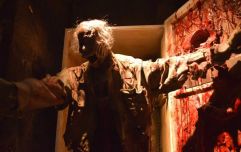 National Wax Museum have given their horror section a massive upgrade

END_OF_DOCUMENT_TOKEN_TO_BE_REPLACED

I was acutely aware that there was something... off ... at the house for as long as I can remember, but two specific memories stand out from the over the years.

(1) When I was about 12 years old, I was in bed and I heard a young girl laughing from somewhere above my head. There was nowhere for that sound to come from, but it was coming from inside my room. It was then followed by some thunderous footsteps, along my ceiling, which were so loud that they knocked books off the shelf above my bed.

(2) One night, when I was about 15, I woke up to an old man standing by the door to my room. He was simply standing there, looking at me. I was unable to make out his face exactly, but I knew he was an old man, and I knew he was looking at me. Then he walked away from the door and I convinced myself that I was having some kind of waking nightmare. Until the next morning, when my sister told me she had a nightmare about an old man watching her from the door of her room.

Oh yeah, it isn't just me who has experienced it. 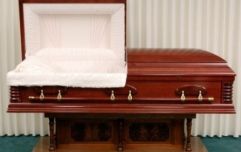 END_OF_DOCUMENT_TOKEN_TO_BE_REPLACED

My sister is as fully convinced that the house is haunted as I am. My Dad tells us that there is no such thing as ghosts, and to be honest, I 99.99999999% agree with him. I have no issues with graveyards and famously haunted buildings. I don't scare easy, and I'm not superstitious. If I were brought up in any other house, then I'd probably agree ghosts don't exist. 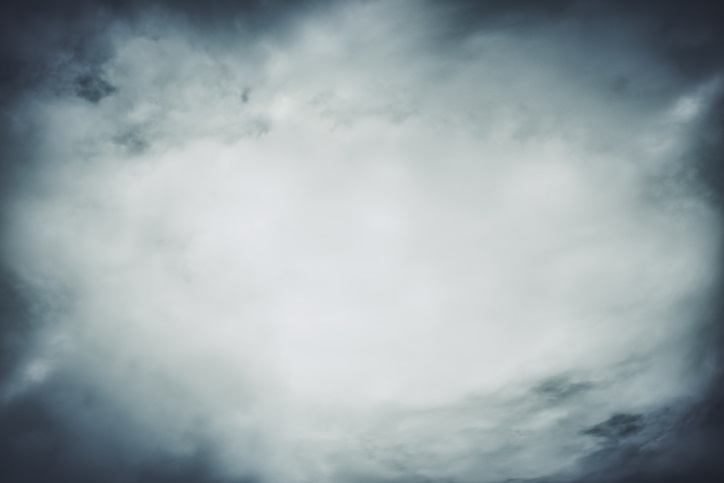 My Mam was a bit more on the fence about it. Initially she reckoned that the house wasn't haunted, but if it were, then the spirits are probably just there to keep an eye over us, like a friendly family member that is no longer with us.

But the last few years, I have watched as she has changed her mind, and is now fully convinced there is a ghost in the house, and it is up to no good. 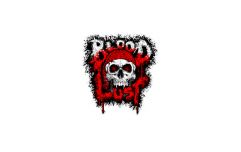 END_OF_DOCUMENT_TOKEN_TO_BE_REPLACED

My brother both believes there is no ghosts, yet hates being in the house on his own, so... (shrugs)

Anyways, there have been about two decades or so of my being convinced that the house is super haunted, and then my parents asked me to house-sit for two weeks while they went on holiday, so I decided to see if I could get to the bottom of it on my own.

The very first night was almost entirely uneventful, except for when I was woken by the sound of water falling from the shower head and hitting the base of the shower. It is a very recognisable sound for everyone who has lived in the house, so I knew immediately what it was, and wasn't concerned at all. I got out of bed around 3am, walked to the bathroom, turned the light on, and at that moment, the water drip sound stopped. I checked the base of the shower, and it was bone dry. Great.

On the second day, I woke up extremely unwell.

High temperature, pounding headache, throat and lungs felt like they were on fire.

I ended up having to take most of the week off work, and spent the majority of that time alone in the house.

A lot of the time, when people perceive ghosts or spooky stuff, they "see" it during that point when their brain is at the half-way point between awake and asleep, and the part of your brain that lets you dream essentially floods your still semi-awake state, and your own brain essentially makes you see and hear things.

That is also the case for those who suffer from night terrors or sleep paralysis, as they feel they are fully awake, but their body and their brain have a different opinion on that, pumping their consciousness with some full-on horrors. 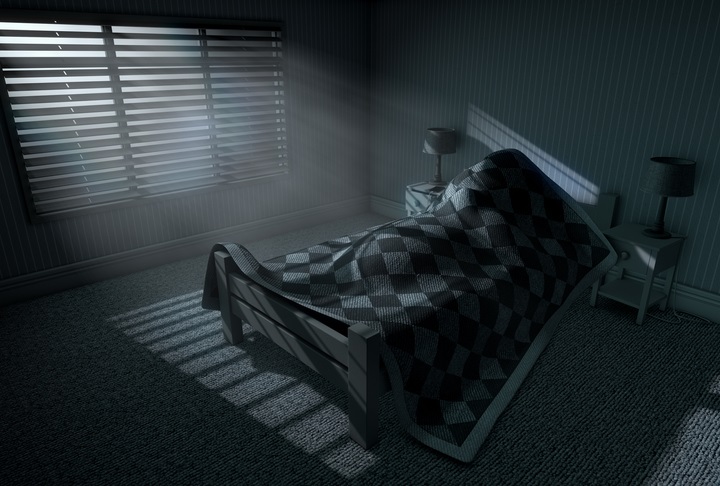 Pair that possibility with the fact that I had a reality-altering fever, and I was more than a little concerned that things might get worse for me over the next two weeks in this house.

One of the first thoughts that came to me during one of the earlier sick days was what if this house was fully, properly haunted? What would I do about it? Does the church get involved still, or is that just in the movies? Does the church even acknowledge the existence of ghosts at all?

Father Michael Kerper talks about the church's exact stance on "ghosts" and "hauntings" on the Catholic Exchange:

"We have to clarify the term 'ghost.' I am not speaking here about menacing spirits that terrorise movie characters. This English word 'ghost' comes from the German word 'geist,' which broadly means 'spirit,' including non-personal things such as the 'spirit of the age' and so on. In English, 'ghost' specifically means the soul of a dead person that becomes discernible through our eyes, ears, nose (some ghosts smell!), or skin.

"One can read somewhat credible stories about destructive 'hauntings,' but Saint Thomas always insisted that these 'ghosts' were definitely not the souls of dead people, but something else, most likely demons masquerading as ghosts.

"This brief exploration about ghosts leads us to a very positive point: the spiritual bonds between the living and dead, especially those who love one another, are deep, unbreakable, and mysterious because they are rooted in the Body of Christ, which embraces the living and dead. We have nothing to fear, for God governs all things — including 'ghosts' — with wisdom and love."

If things ever got to bed's levitating phase, then I'm sure I could chat longer with a local priest about it, but right now, this was the ghost equivalent of a teenager standing outside the house. "Are they doing anything wrong? Are you even sure it is a teenager, and not just a badly dressed older person?" Well, no. But I'm still keeping an eye on it until it goes away.

A few days later, and nothing else had really happened in the house, and I was feeling slightly better, so I decided to talk to a neighbour about who had lived on the road before my parents moved in. I wanted to know about the people who had lived in the house before we did.

I have a strong memory of a woman knocking on our door when I was a teenager, and she told me that she lived in the house years ago, and asked would it be possible to come in and just see the inside of the house again. My Mam invited her in, offered her tea and biscuits, full on Irish Mammy niceness, but the woman turned all that down.

She simply came into the house, looked around for about five seconds, and said "Thank you" and left without another word.

I was convinced that my neighbour would tell me that there had been a family of murderers living there before our family did, and that woman was the only one to survive. But nope, there was a perfectly normal family, and then there was a job offer in Australia, and that was that, they left.

So maybe that lady just didn't like the wallpaper choices my parents had made.

The house is also in a regular Dublin suburb, so the chances of it being built on a moved cemetery or ancient Native American burial ground seems... slight. 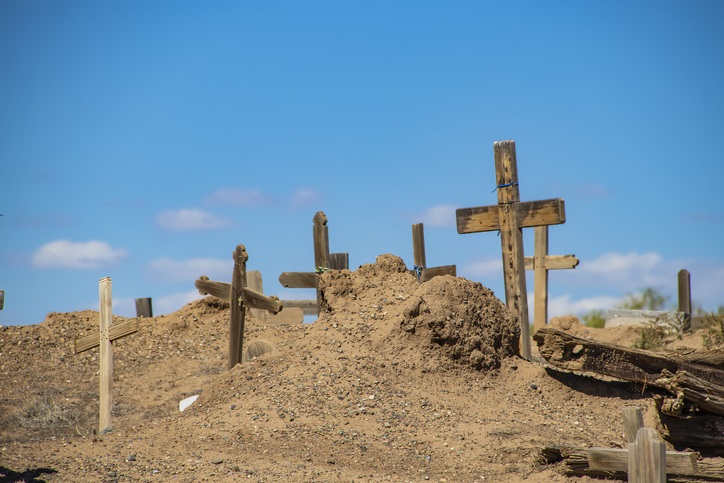 All of the regular reasons for myself and some other members of my family feeling a presence in our house were running out, and on the third last night alone at home, I was sat on the couch watching an episode of 30 Rock for the millionth time when there was a loud thump from upstairs.

In a recent study by Kirsten Barnes and Nicholas Gibson (via Psychology Today), they explored the differences between individuals who have never had a paranormal experience and those who have.

They confirmed that experiences of supernatural phenomena are most likely to occur in threatening or ambiguous environments, and they also found that those who had paranormal experiences scored higher on scales measuring empathy and a tendency to become deeply absorbed in one’s own subjective experience.

Well, not to brag, but I've never considered my childhood home to be threatening or ambiguous, so I can cross that out.

But the other stuff, the empathy, the subjective experience, the emotional reaction to events and things happening.

And now, on my last night home alone, it makes more sense. My mind reacts to creaks and sounds and my body reacts to feelings, and it turns out, I'm just a bit sensitive.

Come to think of it, so is my Mam. And my sister. And as much as he hates to admit it, my brother.

Sensitive to something that may or may not exist, but still, sensitive all the same.

We just need to get my Dad to start seeing ghosts at home and we'll know he's become fully sensitive, too.

Until then, I guess I'm okay with the house being "haunted".

Although I still don't believe in ghosts.

popular
Gardaí urge public not to share "upsetting" pictures of fatal assault of Paul 'Babs' Connolly in Westmeath
QUIZ: You'll do well to get 100% in this General Knowledge Quiz
Disney+ has just added 10 big movies to its library
25 years ago, Sylvester Stallone delivered his best performance in a hard-hitting crime drama
FBI release findings of Rust investigation after shooting of Halyna Hutchins
QUIZ: You'll need to be razor-sharp to get 100% in this General Knowledge Quiz
The JOE Friday Pub Quiz: Week 307
You may also like
6 days ago
Nope has the best scary scene in 2022 so far
2 weeks ago
One of the best horror shows of recent years is now available to watch in Ireland
6 months ago
WATCH: PlayStation reveals 10-minute gameplay trailer for its incredibly creepy new horror game
10 months ago
10 scary games you can play right now (without having to actually buy them)
11 months ago
The cast of the new Candyman reveal their favourite scary movies
1 year ago
The six scariest scenes in the MCU so far
Next Page