Heading to Chicago on your J1? This recruitment firm is reserving 150 jobs there just for Irish students

The recruitment firm will be in Dublin this month to assign the positions.

Before we get into the details, did you know Chicago isn't called The Windy City because it is particularly windswept, but it actually dates to some late-19th Century shade thrown by New York, in reference to all of the hot air expelled by the city's politicians.

ME-OW. However, the name stuck, and it is sometimes windy there, so no major loss, really. 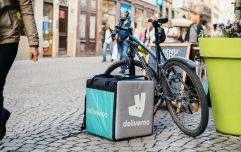 END_OF_DOCUMENT_TOKEN_TO_BE_REPLACED

These are the kind of facts you're destined to discover should you be planning on enjoying your J1 summer in Chicago, and thanks to the folks at Hospitality Services Group, you might already have your job lined up, months in advance.

The hiring fair will be held at BaseCamp on Abbey Street in Dublin 1 from Wednesday 28 February until Friday 2 March, but the roles are only on offer to J1 Premium Package applicants.

A spokesperson for USIT said: "Chicago has always been a popular destination for Irish J1 students but after slight downturn up until 2015, it has come roaring back in popularity as a unique location where the beach lifestyle and the big city living blend seamlessly."

Plus you already know your Windy City factoid now, so you're pretty much set.

The Big Reviewski || JOE · TBR Spotlight: Loki - Episode Three - 'Lamentis'
popular
John McAfee’s Instagram deleted after cryptic 'Q' post following his death
A BBC documentary on the Peru Two is coming next month
Britney Spears tells court father won't let her remove birth control
Aldi launches new garden collection including massive waterpark, slides and 14ft pools
The Ultimate Robert De Niro Quiz
Limerick teenager arrested as part of international money laundering investigation
It’s official, your pint is one of the most expensive in Europe
You may also like
4 days ago
McDonald's to create 800 jobs across Ireland ahead of full reopening
2 weeks ago
Tesco to hire 225 drivers for grocery deliveries in towns and villages across Ireland
1 month ago
Sudocrem to close Dublin plant and move production to Bulgaria
1 month ago
Aldi "hugely committed" to opening 50 new stores in Ireland
2 months ago
Penneys encourages laid-off Carphone Warehouse workers to "get in touch" to apply for jobs
2 months ago
Aviation company Shannon Technical Services to create 80 new jobs and open Dublin office
Next Page