The internet can be a strange and bewildering place.

If you've spent much time on social media since Monday evening, you've probably noticed that the latest joke doing the rounds has something to do with "30-50 feral hogs."

The joke originated in an online debate about the legality of firearms in the United States, following this weekend's mass shootings in Dayton and El Paso.

END_OF_DOCUMENT_TOKEN_TO_BE_REPLACED

In an argument about assault rifles, a man by the name of William McNabb asked: "Legit question for rural Americans - How do I kill the 30-50 feral hogs that run into my yard within 3-5 minutes while my small kids play?"

It was a question designed to justify the availability of automatic assault weapons in American society. But people had a hard time taking it seriously. 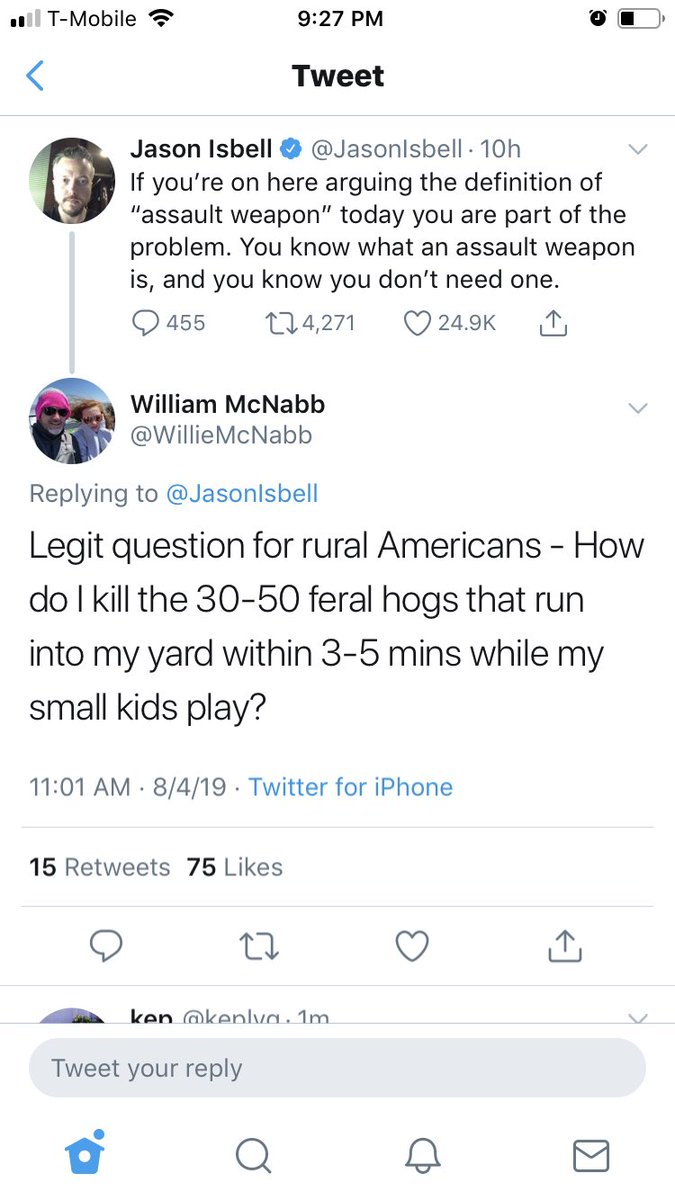 So besides from the weirdly specific level of detail to this hog fantasy, there's also the fact that this... is not something that really happens. If it was a regular occurrence, rural America would be strewn with the carcasses of dozens of feral hogs. Which is not the case.

Needless to say, this is the kind of weird stuff that the internet loves, and memes relating to the tweet took off in an instant.

when you see 30-50 feral hogs are on their way back to your yard pic.twitter.com/2OdTwZyYk4

So that's your daily dose of "WTF?" sorted.

popular
Professor suggests Garda checkpoints at Irish border to halt spread of Delta variant
Sunshine and high temperatures to come to an end as Met Éireann predicts week of thunder and rain
QUIZ: Ignite your brain cells with this testing general knowledge quiz
The JOE Movie Quiz: Week 112
The JOE Music Quiz: Week 67
The JOE Friday Pub Quiz: Week 253
One of the best comedies of the last five years is among the movies on TV tonight
You may also like
1 month ago
Americans offered free beer as latest incentive to get Covid-19 vaccine
5 months ago
"If invited, I will go." Micheál Martin on St. Patrick's Day trip to the White House
6 months ago
Thousands of protesters have broken into US government building Capitol Hill
9 months ago
America the loser as Trump and Biden slug out pitiful draw
9 months ago
"Will you shut up, man!" - Trump and Biden scolded as first presidential debate turns ugly
1 year ago
Officer involved in the death of George Floyd arrested
Next Page