On the anniversary of The Battle Of Hogwarts, J.K. Rowling apologises for the saddest death

We never fully got over this one.

While everyone and their dog is currently debating the ending to Avengers: Infinity War, if you really want to see a series do a gut-punch of an ending properly, then you don't really need to look much further than the Harry Potter series.

That was a movie franchise that pulled absolutely ZERO punches, killing your faves without warning, before moving on to the next victim. 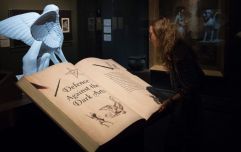 END_OF_DOCUMENT_TOKEN_TO_BE_REPLACED

It was, in short, a constant stream of emotional devastation and it was part of the reason why people loved them so much, because it was a series that had real stakes.

To be fair, the books BEGAN with the story of two parents being killed while protecting their baby who was the true target of a maniac, so it wasn't like we weren't warned of the direction the ending was going to take.

With that in mind, there was still one death in particular that even now, ten years later, we haven't quite gotten over.

It's that anniversary again. This year, I apologise for killing someone who didn't die during the #BattleofHogwarts, but who laid down his life to save the people who'd win it. I refer, of course, to Dobby the house elf. 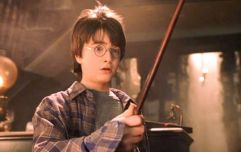 END_OF_DOCUMENT_TOKEN_TO_BE_REPLACED

If you're thinking "How is it an anniversary?", since the book came out in July 2007, and the movie adaptation two-parter came out in November 2010 and July 2011, then let us remind you that while the books came out every few years, the story within the books were still across a very specific seven-year time span, and in that story, The Battle Of Hogwarts took place on 2 May 1998.

So, yes, twenty years ago (in books years, which isn't something we've ever said before) we had to say goodbye to Dobby, who laid down his life so others could stay alive, and it was something that made us cry in the book, and then cry even harder in the movie.

And Rowling, apologising for traumatising so many young readers with such a sad death, knows the effect this had on the fans:

He was so innocent 😩 all he ever wanted to do was save Harry Potter, and you repaid him by killing him off 😩 WHY JO. WHY. #BattleofHogwarts #Anniversary

At first I didn't like Dobby, but I wish I could be more like Dobby, his death in book & on film always makes me cry

He died a hero, and refuse to live a slave. *raises wand* #RIPDobby