In honour of Organ Donor Awareness week, some of those involved tell their very personal stories

All this week is Organ Donor Awareness Week, which helps raise awareness of a very important issue.

Organised by the Irish Kidney Association, 'forget-me-not' flowers are currently on sale, hoping to raise funding for the organisation.

This is all in order to create room for the conversation as part of their #HaveTheChat campaign, a necessary converation to be had about what is to happen once you've passed away, are your organs going to be made available for transplant to those who may be in need?

Yes, it is a bit of a bleak conversation, but it is also potentially a life-saving one, as these following stories can attest to. 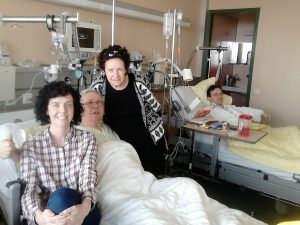 Fintan Bright (age 67), from Wexford town, travelled to Vienna to donate one of his kidneys to his ailing son Graham (41).

Fintan said, “while I went to see my son at a dialysis centre in Vienna one Friday in October 2015, I asked to see someone about could make an appointment to discuss living kidney donation. Within 10 minutes a Consultant came to see me and took my blood pressure and asked me to do a 24 hour urine test over the weekend. The following Monday results of my blood urine samples were back within two hours. I travelled to Vienna twice more before the operation proceeded. In January I underwent some final tests including medical and psychological assessments and it was announced that I had a ‘Full House’ confirming I was a perfect match to donate a kidney to my son.” 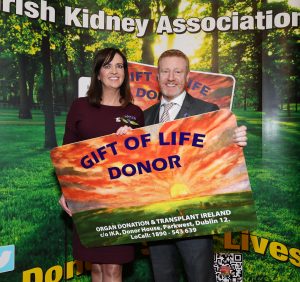 Father of three, David Crosby from Kingscourt, Cavan was catapulted into a world of uncertainty when on just marking his 40th birthday he suddenly became ill. The former Meath Minor footballer who without any previous diagnosis, received the alarming news that he had a potentially fatal lung condition, Idiopathic Pulmonary Fibrosis. It soon became apparent that he would need a double lung transplant. He continues to be thankful to his deceased donor for saving his life as he underwent a double lung transplant at the Mater Hospital in March 2016. 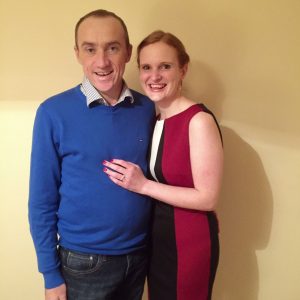 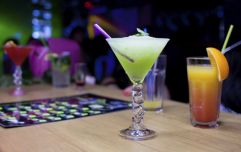 END_OF_DOCUMENT_TOKEN_TO_BE_REPLACED

Thirty eight year old Tipperary man John Paul Jones from Nenagh and his determined aunt, Tina Fletcher from Roscrea, were involved in a paired exchange kidney transplant operation. This involved Tina giving her kidney to a stranger, so Paul could in return receive one from another stranger. Since the successful operation, Paul has proposed to his girlfriend and they plan to marry in June 2018. 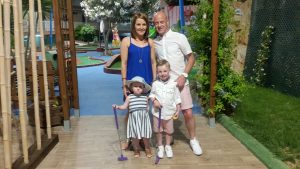 Of course, not every story ends in happiness.

Jonathan Aheane (age 33)  said, "If it were not for my deceased kidney donor and the life changing transplant which I underwent twelve years ago, myself and my partner Allisa might not have become the proud parents to Alex and Molly. Although my transplant has failed and I have now returned to nightly peritoneal dialysis treatment for eight hours at a time, I hope to be able to continue working. I would also like to continue managing and training the Under 8s at Tyrellstown GAA Club as it helps to keep me positive. Alex and his teammates are great fun to be around."

Similarly, 29-year-old David Beirne from Roscommon, met his now fiancé, Irene Nestor, a week prior to being diagnosed with kidney failure in 2013,  and he remains hopeful of receiving a kidney transplant in advance of  getting married in July this year.  The couple are not able to plan a honeymoon abroad unless he makes the decision to suspend himself from the kidney transplant waiting list.

For more information on the #HaveTheChat campaign, as well as everything else you might need to know about organ donors, Visit website www.ika.ie

Organ Donor Cards can also be obtained by phoning the Irish Kidney Association LoCall 1890 543639 or Freetext the word DONOR to 50050.

You can now download the IKA’s new digital donor card by visiting www.donor.ie on your smartphone.


popular
The JOE Friday Pub Quiz: Week 180
QUIZ: Do you know your dashboard warning signs?
QUIZ: Can you name all 14 landlocked counties in Ireland?
QUIZ: Can you guess the pixelated album cover?
The most popular baby names in Ireland in 2019 have been revealed
The line-up for this week's Late Late Show is here
Storm Jorge: Status red warning issued for Galway and Clare, two new weather warnings issued for 19 counties
You may also like
3 days ago
Department of Health says Ireland vs Italy Six Nations game should not go ahead due to coronavirus
3 days ago
A number of Irish nationals staying in area affected by confirmed coronavirus case in Tenerife
4 days ago
Lonely Planet have created an alternative bucket list for those travelling around Ireland
1 week ago
Here are the most popular long and short-haul destinations for Irish holidaymakers in 2020
1 week ago
Ciara and Dennis have left, but this week's weather is still pretty bad
3 weeks ago
The most romantic people in Ireland are from Athlone, Waterford, and Tralee
Next Page