Houses with the number 13 really are €4,700 cheaper in Ireland

Happy Friday the 13th, everyone!

Hopefully you manage to keep your own bad luck to a minimum today.

Indeed, you might not even be superstitious... But recent details released by property website Daft.ie suggests that plenty of Irish people must be.

Carrying out a regression analysis on data between 2006 and 2019, Daft discovered that houses with the number 13 on the door are no less than €4,700 cheaper than the Irish average, when compared against the Q2 2019 Daft.ie House Price Report.

If you think that's just a coincidence, check this out: there are 14% fewer house-buying transactions made on Friday the 13th than regular Fridays. The typical Friday sees 275 properties transacted but a Friday that falls on the 13th sees on average just 235 transactions.

Ronan Lyons, Economist at Trinity College Dublin & author of The Daft.ie Report said: "While we think of the housing market as being something determined by big economic forces such as supply and demand, ultimately each property needs a buyer as well as a seller and both those parties are individuals with their own view of the world." 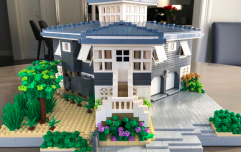 END_OF_DOCUMENT_TOKEN_TO_BE_REPLACED

And apparently, plenty of these parties really do believe that the number 13 is bad luck.

Raychel O'Connor, Communications Manager at Daft noted the benefits of this superstitious to the more skeptical buyers: A €5,000 savings "is the equivalent of having your legal fees and stamp duty paid for - which is something even the most superstitious people would find difficult to pass up."


popular
The JOE Friday Pub Quiz: Week 174
Paddy Holohan has been suspended from Sinn Féin over his claims that "scum" underage girls were having sex with men and blackmailing them
Paddy Holohan has been suspended from Sinn Féin with immediate effect
Hank Azaria will no longer voice Apu on The Simpsons
QUIZ: How many of these Disney Channel TV shows can you name?
Leo Varadkar hurries away from questions about "corporations and parasite landlords" on campaign trail
The worst Eminem lyrics of the past 10 years
You may also like
1 month ago
Ballaghaderreen in Roscommon is the cheapest place to buy property in Ireland
1 month ago
Sinn Féin bill proposing three-year rent freeze passes in Dáil
2 months ago
Dublin's dystopia: The age of man is over, the age of hotels is now
2 months ago
The cost of running a home in Ireland has increased by over €1,000 this year
2 months ago
New global study finds Irish renters spend the highest percentage of their wages on rent
3 months ago
Ireland's homeless population deserves better than automated rejections during storm season
Next Page