If you’ve finished up with school/college/dossing at work for the year, and you’re thinking of heading away for some sun, sea, sand and tunes then JOE has your Ibiza gig guide sorted. We assume that you're interested in hearing some of the best DJs and bands play right? If the answer is "yes" then here are some of the best gigs coming up that caught JOE's eye... 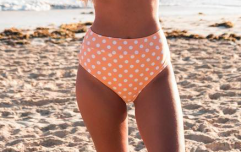 END_OF_DOCUMENT_TOKEN_TO_BE_REPLACED

The electro duo are set to play four times in the next few months and we think that they're a must-see for any Ibiza-goers. The pair have already played some of the world's biggest venues including Download, Roskilde and Reading, so it's safe to say that fans won't be disappointed.

Their latest album, 'Brand New Machine', has been commercially and criticality well-received and, having seen them play live before, we can say that the only time you won't enjoy yourself is when they roll the 'End Credits.'

The Swedish EDM prodigy is back to take over Ushuaia for another year and JOE is jealous of anyone who gets to see one of the biggest dance acts perform live. His Grammy-nominated tune 'Levels' provided the soundtrack to plenty of JOE nights out and his other hits 'Wake Me Up', 'Sunshine' and 'Hey Brother' are famous all around the world.

The Swedish superstar has consistently been listed in the Top 10 of DJ Magazine's 'Top 100 DJ's In The World' list for the last three years and he is definitely not to be missed. 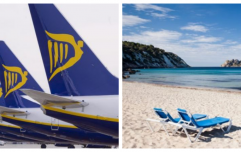 Ryanair have announced a new route from Shannon to Ibiza

END_OF_DOCUMENT_TOKEN_TO_BE_REPLACED

We're certain that concert-goers will 'Play Hard' at this gig because we think's it's impossible to find someone under the age of 30 who hasn't heard of the French DJ.

Guetta has sold over six million albums, 15 million singles and released 7 acclaimed albums. Gig-goers are sure to be treated to an eclectic playlist which includes his hits 'Titanium', 'Memories' and 'One Love'. 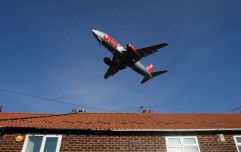 END_OF_DOCUMENT_TOKEN_TO_BE_REPLACED

JOE felt unbelievably old when we found out that the self-titled debut album of the English rockers is 18 years old. Having seen the Brian Moloko-led band play multiple times before, we can say that they are definitely worth checking out if you prefer guitars over decks.

They're one of the best dance acts currently playing and the duo of Felix Buxton and Simon Ratcliffe show no signs of slowing down with the release of their upcoming 7th album, 'Junto.'

Their own work is brilliant to begin with, but they also have an impressive reputation when it comes to remixing other peoples' tunes. Missy Elliott, Justin Timberlake and N.E.R.D. are just some of the awesome artists that they have collaborated with.

If you don't go and see them then all we can say is 'Where's Your Head At'.

Corona would like to bring sunshine to your life this summer with the trip of a lifetime to the Corona SunSet Festival in Ibiza! Just click here to be in with a chance of winning! 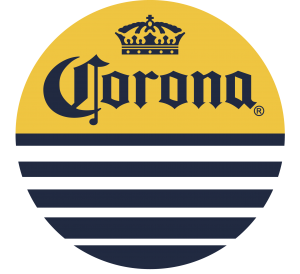 House of Rugby Ireland · Quinn Roux on finding a home in Ireland and Mike McCarthy brings the absolute HEAT!
popular
Accumulations of snow in many areas forecast as temperatures set to drop below freezing
Aodhán Ó Ríordáin passionately calls out Norma Foley in the Dáil
Joe Biden has removed a bust of Winston Churchill from the Oval Office
The full list of all the new shows and movies coming to Netflix in February
Here's the lineup for The Late Late Show this week
‘Dark red’ zones with stricter travel restrictions set to be introduced in the EU
Make your own Bernie Sanders meme in any location with this website
You may also like
2 years ago
Irishman in Ibiza under police guard after fleeing a hospital while naked and holding knives
3 years ago
Holidays to Ibiza could be about to change for the worse if you like staying out late
3 years ago
Mark Ronson could be using this new bodhrán when he comes to DJ in Ireland this August
5 years ago
Heartbreaking photo as Irish guys celebrate their friend's 21st birthday days after his death
5 years ago
Ibiza can expect a Cork invasion this summer as new flights are confirmed
6 years ago
Pics: Irish lads in Ibiza convince English friend to get ‘Yop Westmeath’ tattooed on his arse
Next Page